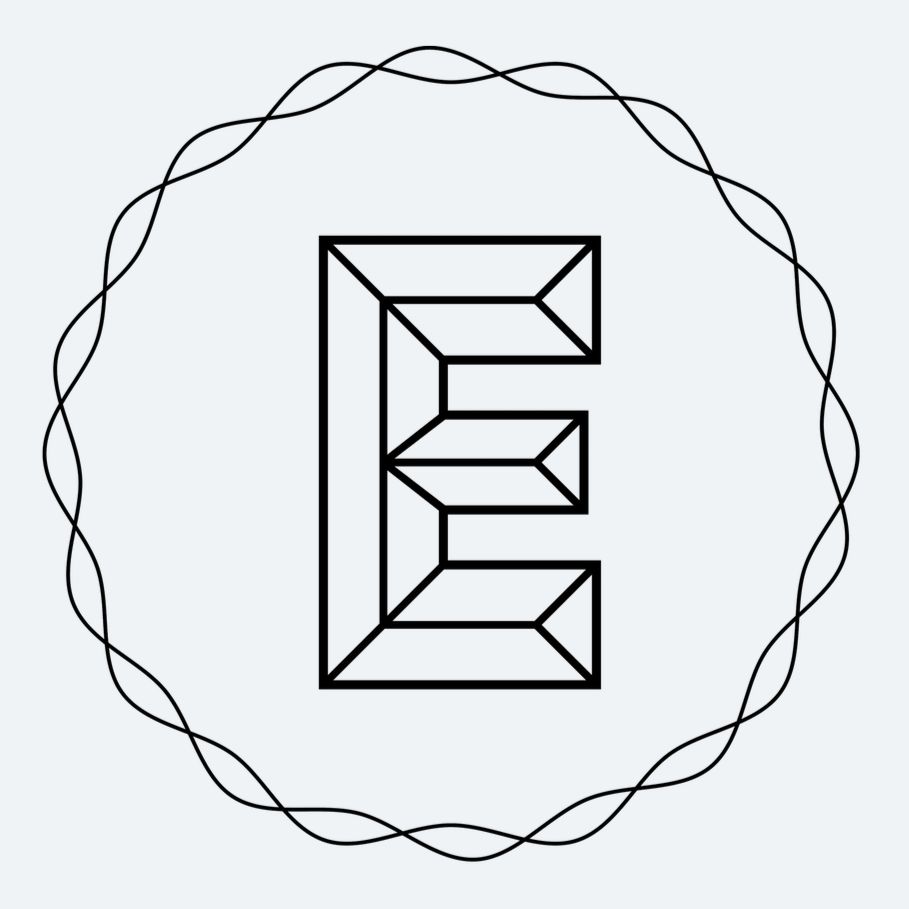 Catching up with Exponential View

We are now available on Apple Podcasts, Google Podcasts, Spotify and many more. Just search for "Exponential View podcast"!

Technology Diffusion & the Rise of Asia: Parag Khanna in Conversation with Azeem Azhar

Parag Khanna is a leading international relations expert, who recently published a new book "The Future is Asian: Commerce, Conflict and Culture in the 21st Century". Azeem and Parag discuss the law of technology diffusion, break common myths about Asia's development, and question whether the future belongs to cities or nation-states. www.exponentialview.co

Elif Shafak is an award-winning British-Turkish author and human rights activist. She has published 16 books, 10 of which are novels. The New York Review of Books called her latest novel "Three Daughters of Eve" a 'marvelous lesson in multiculturalist angst, the clash between modernity and tradition, and the vicissitudes of personal struggle'. Elif and Azeem discuss the polarisation of culture springing out of the foundations of the open internet, and the ways to tackle the pervasive issues in today's digital technology sphere. www.exponentialview.co

Regulating the Cyberspace: Marietje Schaake in Conversation with Azeem Azhar

Marietje Schaake is a Dutch politician and Member of the European Parliament (MEP) from the Netherlands. The Wall Street Journal called her "Europe's most wired politician", and Politico named her the "ultimate digital MEP". Marietje is the Member of the Committee on International Trade, Vice-Chair of the Delegation for Relations with the US, and she established a Digital Agenda intergroup, gathering Members of the Parliament who are interested in addressing the future of digital technologies. Marietje and Azeem discuss the governance of the cyberspace, responsibility of technology companies, and the new era of geopolitical competition in cyber space.  www.exponentialview.co

Making Sense of the Data-Rich World with Graph Databases: Emil Eifrem and Azeem Azhar in Conversation

Emil Eifrem is the CEO and co-founder of Neo4j, the graph database platform powering some of the largest companies today. Emil is the creator of the property graph model and he coined the term "graph database" to describe the technology that would change how we understand big data. Neo4j's technology was used to reveal the rogue offshore financial relationships in the largest journalist leak ever, the Panama Papers. www.exponentialview.co

The State of Artificial intelligence: Jack Clark and Azeem Azhar in Conversation

Jack Clark is Policy Director at OpenAI. He has contributed to the development of the AI Index, an AI forecasting and progress initiative that is part of the Stanford One Hundred Year Study on AI. Azeem and Jack discuss the state of artificial intelligence development, the geopolitics of technology, and the implications of automation on the society. www.exponentialview.co

Gina Neff is a Senior Research Fellow and Associate Professor at the Oxford Internet Institute and at the Department of Sociology, University of Oxford. She studies innovation, the digital transformation of industries, and how new technologies impact work. Gina published three books: Self-Tracking (MIT Press) in 2016, Surviving the New Economy (Routledge) in 2015, and Venture Labor (MIT Press) in 2012. Gina and Azeem discuss technology development from a sociological perspective, and the implications of self-tracking and quantifyied self for the individual, as well as the society. www.exponentialview.co

Michael Liebreich is a leading global expert on clean energy and transportation, smart infrastructure, technology, climate finance and sustainable development. He founded New Energy Finance in 2004, which was acquired by Bloomberg in 2009. Michael and Azeem discuss the significance of the US National Climate Assessment and IPCC's report, staying below two degrees, and the role of exponential technologies in transitioning to renewables. www.exponentialview.co

Diplomacy in the Age of GAFA: Casper Klynge and Azeem Azhar in Conversation

Casper Klynge is the world's first Tech Ambassador with a global mandate and staff in Copenhagen, Silicon Valley and Beijing. His appointment as the Danish Tech Ambassador in 2017 marked a new phase in diplomacy and international relations, and the first time a nation state deployed an Ambassador to represent its citizens to the world's most powerful technology companies. Casper and Azeem assess the current alignment between some of the largest technology companies and nation states, and discuss the role of technology in fostering democracy and innovation. www.exponentialview.co

Kate Raworth is a Senior Visiting Research Associate at Oxford University’s Environmental Change Institute, where she teaches on the Masters in Environmental Change and Management. She is also a Senior Associate at the Cambridge Institute for Sustainability Leadership. Kate is focused on exploring the economic mindset needed to address the 21st century’s social and ecological challenges. In this episode, Kate and Azeem discuss the Doughnut economics framework, as the essence of rethinking economics for the world inhabited by 10 billion people, hit by climate change, and social justice struggles. Kate sets a vision for an equitable and sustainable future. www.exponentialview.co

Anousheh Ansari is the world's first female private space explorer and the first Iranian astronaut in space. She is the CEO of X Prize Foundation, an organisation which supports radical breakthrough solutions to some of the greatest challenges facing the humanity today. Azeem and Anousheh discuss the ways space development could help us tackle climate change, pollution, and achieve sustainable crypto mining. Anousheh shares her journey to becoming a space explorer, her time on the International Space Station, as well as her role as the CEO of X Prize. www.exponentialview.co

The Future of Public Service and Governance: Lisa Witter and Azeem Azhar in Conversation

Lisa Witter is an award-winning executive, serial entrepreneur and the Co-Founder and Executive Chairman of Apolitical: a network connecting impactful public servants around the world to share inspiring ideas, solutions to challenges, and the best professional resources and opportunities. Apolitical has been called "Prozac for all the bad news in politics and policy". Azeem and Lisa discuss reviving trust in government, roadmap for building a public service workforce of the future, and the role of agile framework in governance. www.exponentialview.co

The Future of Work & Democracy in the Information Age: Matthew Taylor & Azeem Azhar in Conversation

A conversation with Matthew Taylor. In this conversation, Azeem and Matthew discuss the well-being economy, the meaning of good work in an age of automation, and the state of democracy. Matthew Taylor is the Chief Executive of the Royal Society of Arts, a UK organisation committed to finding practical solutions to societal problems. Before leading the RSA, Matthew was the Chief Adviser on Political Strategy to UK's Prime Minister Tony Blair. www.exponentialview.co

UBI, Automation & Society in the US: Andrew Yang & Azeem Azhar in Conversation

Azeem Azhar speaks with Andrew Yang, entrepreneur and author, who is standing for President in the 2020 U.S. elections. At the heart of Andrew's platform is the "freedom dividend", a universal basic income of $1,000, payable to all Americans every month. Azeem and Andrew discuss core ideas behind Andrew's platform, why they are necessary, and how to get there. www.exponentialview.co

Azeem speaks with "the sage of Silicon Valley", Reid Hoffman. Reid is an internet entrepreneur, executive and investor, best known as the co-founder of LinkedIn. Reid and Azeem discuss the business culture of Silicon Valley, in particular the concept of "blitzscaling". They dive deep into Silicon Valley's attitudes towards government, the role of the state in innovation, and maintaining techno-optimism.  www.exponentialview.co

Azeem Azhar speaks with entrepreneur and investor Elad Gil about Silicon Valley, scaling companies from 10 to 10,000 employees, the state of blockchain, and how blockchain and artificial intelligence will overlap. Elad Gil is a serial entrepreneur, operating executive, investor and advisor to private companies including Airbnb, Pinterest, Square, and Stripe. Elad was the VP of corporate strategy at Twitter, and previously on the mobile team at Google. www.exponentialview.co

Azeem speaks with Dr Mariarosaria Taddeo, Deputy Director of the Digital Ethics Lab at the Oxford Internet Institute. Dr Taddeo is a philosopher, ethicist and a researcher focusing on cyber conflicts, cyber security, and ethics of data science. Cyber attacks are escalating in frequency, sophistication and impact. With this in mind, Azeem and Dr Taddeo unpack the state of cyber security and warfare, the complex symbiosis between governments and criminal actors, as well as the ways digital technologies are changing cyber warfare. www.exponentialview.co 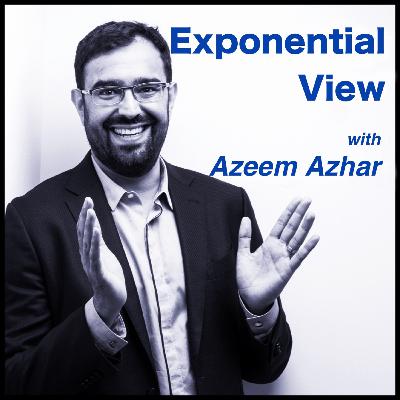 Azeem Azhar speaks with Bill Janeway about the three-player game between the mission-driven state, financial speculators and markets in the innovation economy. Are we stuck on the dark side of this configuration? How do we move forward? www.exponentialview.co

Azeem Azhar speaks with Kai-Fu Lee: a VC investor, technology executive, and one of the most prominent figures in the Chinese internet sector and AI. Azeem and Kai-Fu discuss Chinese government's techno-utilitarian approach to technology, the ambition of China's technology founders, and the future of job automation West and East.  www.exponentialview.co 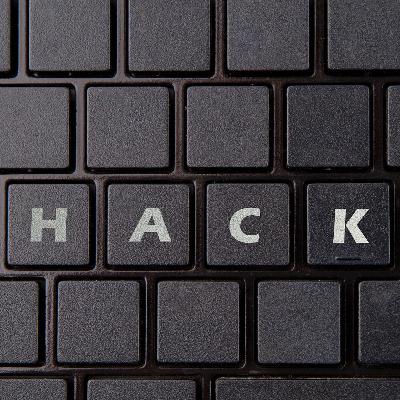 A recording of an Exponential View salon held in London in May 2017. “The best argument against democracy is a five-minute conversation with the average voter,” said Winston Churchill. But whatever you think of it, democracy has served us well. An increase in democracy is almost always matched by an increase in GDP. According to MIT economist, Daron Acemoglu, a country that switches from autocracy to democracy achieves about 20% higher GDP per capita over roughly 30 year period. Yet, data at the end of 2016, research suggested that in several advanced economies, including the US and the UK, those born since the late 1980s, value democracy less than older cohorts. Yes, we’ve witnessed something. Driven by the underlying shifts - in media, in technology, in the expression of state power, in cultural values, in big money funding data. And what we’ve experienced is a manifestation of new behaviours around the democracy process: the transition from broadcast media to niche media moderated by dominant social media platforms. The use of microtargeting across social media to better address niche voters; The interference of states in more or less significant ways in the political processes, at least of the US election. The bypassing of electoral laws. The spread of fake news across social platforms. The maturing of our information systems have closed our ability for discussion. Questions are predicted. Answers are echo chambers. Have these behaviours hacked our democracy? For better or for worse? Azeem discusses these questions with Carole Cadwalladr, Luciano Floridi, Hari Kunzru, Tom Loosemore. www.exponentialview.co
See More
Comments (8)

Supply Chain digitization is the need of the hour. Thisbis a very timely podcast.

Very interesting discussion but was very concerned at the implication of something Missy said re the B737max scandal. She said some carriers don't buy the same training packages for their pilots. The B737max is aerodynamically unstable, so a fundamentally flawed airframe. The MCAS and single AoA detector are flawed design and implementation problems. All compounded by Boeing not disclosing the MCAS even existed to carriers/pilots in the POH/training materials. This is criminal and raises the question, how can pilots trust a Boeing POH again in the future? This was not a choice by foreign carriers, but a decision imposed by Boeing to avoid the regulatory implications of disclosing the system. They applied the fail fast, fail often principle to try and catch up with Airbus and the failure cost lives.