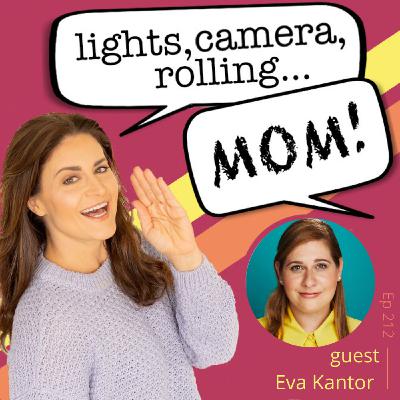 Eva began her career in musical theatre playing frenetically delightful roles such as Penny in Hairspray opposite Broadway’s Jay Johnson and Marissa Perry, and the title role in Anne of Green Gables.  Currently, you can see her work on Hulu, HBO, and Apple TV+.  Eva expanded her toolkit to include voiceover, narrating books for Audible and Brilliance Audio, as well as lending her voice to commercials, scripted podcasts and animated projects.Follow Eva:@officialevakantorwww.officialevakantor.com 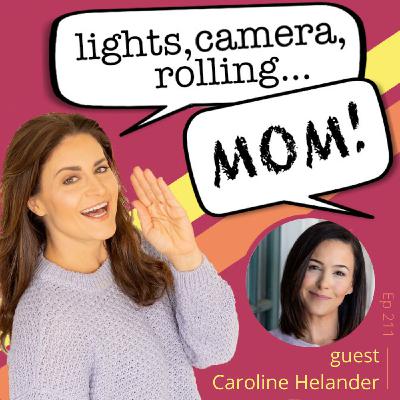 Caroline Helander is a professional actress based in Houston, Texas. Previously a page at Late Night with David Letterman, studied at Strasberg Institute in New York and her Bachelors in Theater and Dance from University of Texas. Follow Caroline@carolinehelanderwww.carolinehelander.com 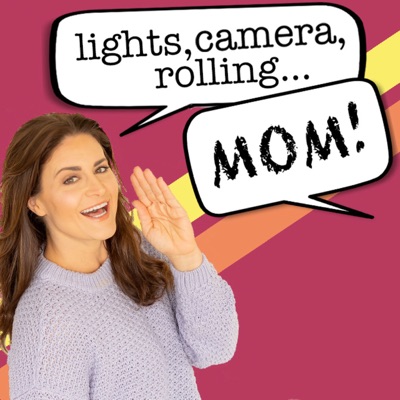 Author, film maker, producer and CEO of BTG Multimedia Group, Akima A. Brown shares her story of motherhood in the entertainment business. Her passion is bringing awareness for children and family values into the entertainment industry though her non-profit, Reel Families for Change.  Follow Akima:www.akimabrown.com@akimabrown33Follow Reel Families for Change:www.reelfamiliesforchange.org@reelfamilies

Currently working on working on 2 Tony Award Nominated Broadway' play, Hangmen, Katie Fabel has performed in dozens of plays & musical productions in America and UK, both On and Off Broadway, regionally and in the West End. She debuted in the Sound of Music in London before moving to the US 13 years ago. She has done a handful of TV and film, and a huge amount of voiceover for film, TV, radio & video games. Katie also writes comedic songs & scripts & before parenthood produced several webisodes & sketches.Follow Katie: www.katiefabel.comIG: @katiefabel 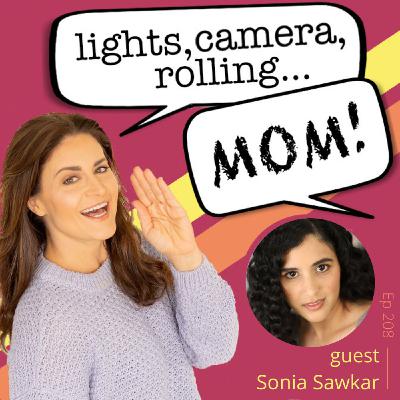 Momma of 2, Sonia Sawkar started out as a clinical pharmacist but about 6 years ago, began taking acting classes and immediately fell in love. She scaled back on my job and started pursuing it full time. Starred in several short films, theater, a couple web series and feature films. In 2020 she started the process for my TV show idea 'Cray' that talks about the subject of postpartum.Follow Sonia:www.soniasawkar.comIG: @soniasawkarWatch 'Cray':linktr.ee/soniasawkar 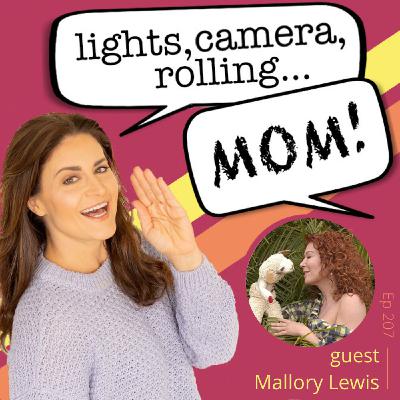 Mallory Lewis is the daughter of Shari Lewis, the woman who created the world-famous puppet Lamb Chop.  A multiple Emmy Award nominee and Emmy Award winner for “Outstanding Writing in a Children’s Series,” Mallory Lewis has an extensive background in all aspects of television production, including writing, producing, and performing. Mallory began her career at age 12 working with her mother by ghostwriting for her newspaper column. Following her mother’s death, Mallory began appearing with Lamb Chop at live and televised events, performing in more than 400 shows at such venues as The Magic Castle, Performing Arts Centers and aboard the Queen Elizabeth 2. As an author, Mallory has penned 20 children’s novels, including the popular Adventurers Inc. and Zoey and Me series.Follow Mallory:www.mallorylewisandlambchop.comIG: @mallorylewisandlambchop*NEWS FLASH* Feature film documentary coming in 2023! 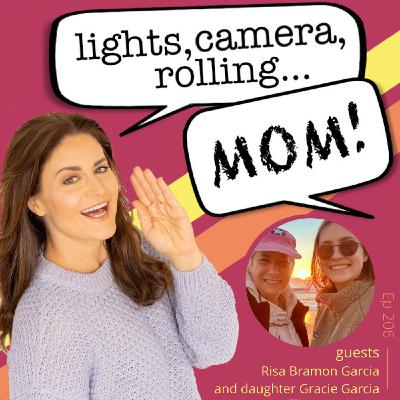 An exciting episode with the mother daughter duo: Risa Bramon Garcia and Graciela Garcia! Jency talks to Graciella about her experience growing up as a daughter in this industry while Risa worked and Risa's insights  to her motherhood/work life..Risa Bramon Garcia is a director, casting director, teacher, coach and co-founder of the prestigious acting studio, The BGB Studio. .Graciela García is an LA based producer, writer, and director. She currently works for Cinetic Media, the multi hyphenate firm specializing in film finance, sales, distribution and talent management. 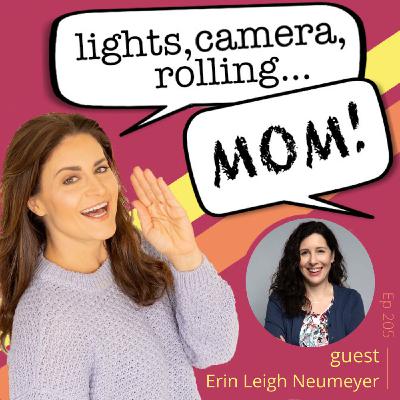 Erin Leigh Neumeyer is a Los Angeles based Actress,  Writer, Director and Producer. Her most recent feature is coming out on Netflix later in 2022. She loves creating and storytelling with her family - their web series, Your Neighbors The Neumeyers, is starting season 4 which she stars in with her two teens. Erin and her family are also involved with the Easter Seals Disability Film Challenge, which takes place in April,  that works on making disability more visible and give opportunities to people with disabilities that want to work in entertainment. Follow Erin:www.erinleighneumeyer.comIG: @ErinLeighNeumeyer & @ThunderTallyTwitter: @ErinNeumeyer 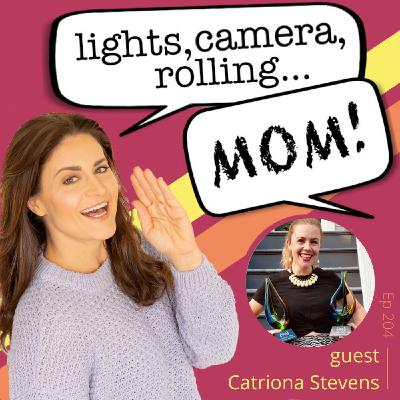 Catriona Rubenis-Stevens is an academy award nominated filmmaker, director and producer. Her films have screened at Slamdance, Hollyshorts, Heartland and SciFi London and she has worked as a director and producer for the BBC and The History Channel, Brainpop, Broadway Cares and for clients including Cartier and Money Map. In her short films, Catriona leans towards the magical realism genre and her work often addresses social injustice or awareness issues. She also works as youth educator, director and mentor in both theater and film, and this year will be launching her professional mentorship program in New Jersey. Follow Cat:IG: @mammamakesmoviesDirector IG: @halflightproductionsProgrammer IG: @slamogram 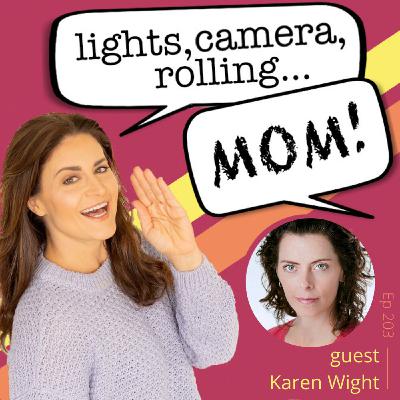 Karen Eleanor Wight, shares her story about Meryl Streep helping her while on a plane and how she straddles onstage and backstage. She is an Okie transplant in Brooklyn, Karen is an actress, physical comedienne, improvisor, and Wardrobe at Hamilton , Dayworker at Jagged Little Pill and Swing Dresser at Wicked on Broadway. Follow Karen:www.kareneleanorwight.comIG: @kareneleanorwight 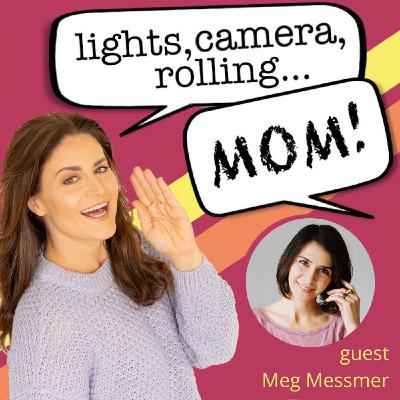 Originally from a small town, multi-hyphenate Meg Messmer has worked her way up with sheer grit and determination working as an actor, in development and production, as a talent manager and a producer. Most recently she co-created, self-produced and was the showrunner for the intellectual dark comedy web series "Intersection," shot in Atlanta, with a full writers room.Follow Meg:www.megmessmer.comIG: @megmessmerTwitter: @MeganMessmer 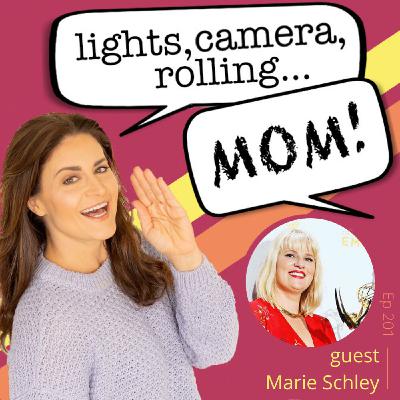 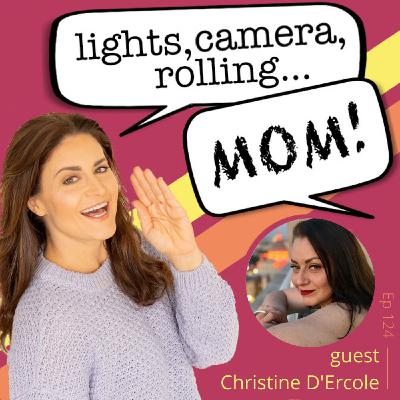 Christine D’Ercole talks to Jency about being a Senior Instructor at Peloton, Masters World and five time National Champion track cyclist. She is also a  writer, public speaker and momma whose work is rooted in self-talk. Christine tackles a multitude of topics through her WORDSHOPS© workshops, spanning from body image to addiction and loss to corporate cultural growth and team building... ALL THIS WEEKS SHOW!Follow ChristineIG: @IAMICANIWILLIDOWEB: https://christinedercole.comFollow Wordshop™Web: christinedercole.com/pages/wordshop%E2%84%A2 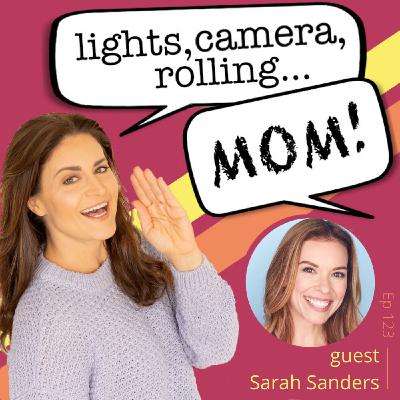 Cobra Kai, Marcell the Shell impersonator, personal trainer and new mom, Sarah Grace Sanders talks quick turn arounds for a call back to motherhood... ALL THIS WEEK ON THE SHOW!Follow SarahIG: @sarahgracesandersWEB: www.SarahGraceSanders.com 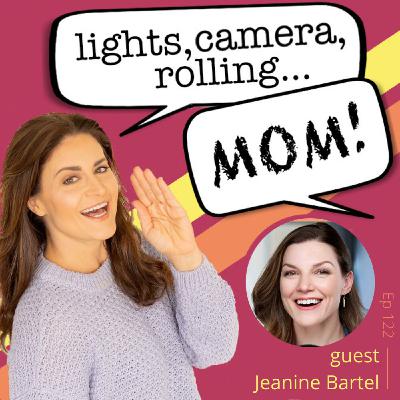 Jeanine Bartel talks with Jency about being a  story teller, writer, director, boxer, yogi and most of all, about her daughter being her "greatest creation"... ALL THIS WEEK ON THE SHOW!Follow JeanineIG: @jeanine.bartelWEB: www.JeanineBartel.com 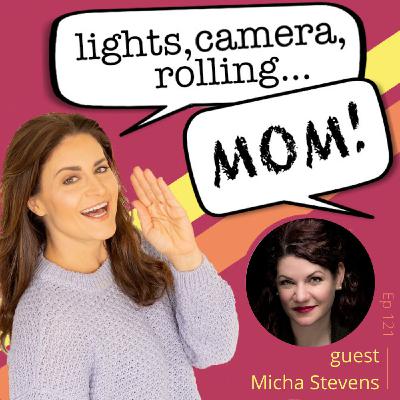 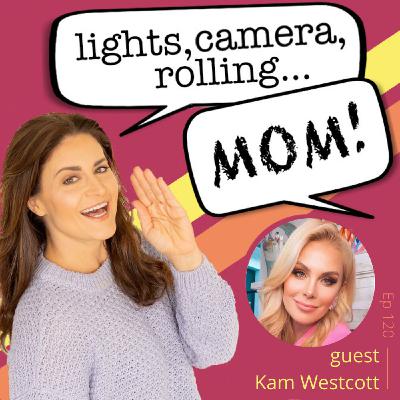 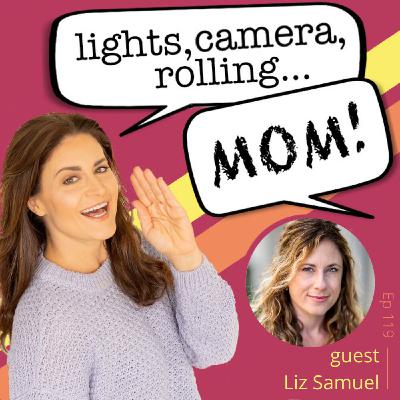 Seen on NBC's "Lincoln Rhyme", in "The Week Of" with Adam Sandler and Chris Rock, showrunner and creator of the show "Momtress", Liz Samuel spills how she went from working in the news to switching to acting... ALL THIS WEEK ON THE SHOW!Follow Liz:IG: @lizgsamuelWEB:  www.lizsamuel.comMomtress IG: @momtress_seriesMomtress WEB: https://vimeo.com/channels/momtressCredits:Host: Jency Allison WeeksProduced, Edited, Mixed by: Jency Allison WeeksTheme Song help by Jacey WeeksOther music and sound fx provided by Sound Effects Public Domain. 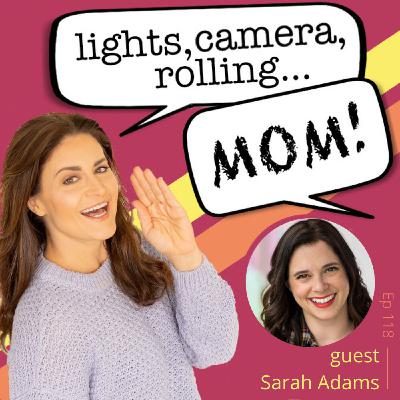 Commercial Queen, director who's films have been in multiple film festivals and creator of the TV Watching Club, Sarah Adams, talks commercial auditions and how blessed we are for mac and cheese... ALL ON THE SHOW THIS WEEK!Follow SarahIG: @sarahanneadamsWEB: www.sarahanneadams.comTV WATCHING CLUB:IG: @tvwatchingclubWEB: www.sarahanneadams.com/the-tv-watching-clubCredits:Host: Jency Allison WeeksProduced, Edited, Mixed by: Jency Allison WeeksTheme Song help by Jacey WeeksOther music and sound fx provided by Sound Effects Public Domain. 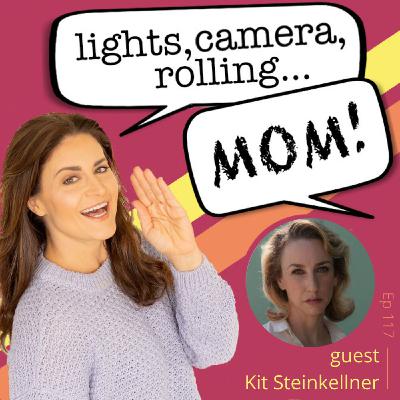 Showrunner, Writer, Director, and toddler mom talks about being in the writing room with other moms and the funny story of why she had to go on mute while on Zoom during meetings... ALL THIS WEEK ON THE SHOW!Follow KitIG: @kitsteinkellnerWEB: www.kitsteinkellner.comSORRY FOR YOUR LOSS:www.facebook.com/sorryforyourlossCredits:Host: Jency Allison WeeksProduced, Edited, Mixed by: Jency Allison WeeksTheme Song help by Jacey WeeksOther music and sound fx provided by Sound Effects Public Domain.
See More
Comments