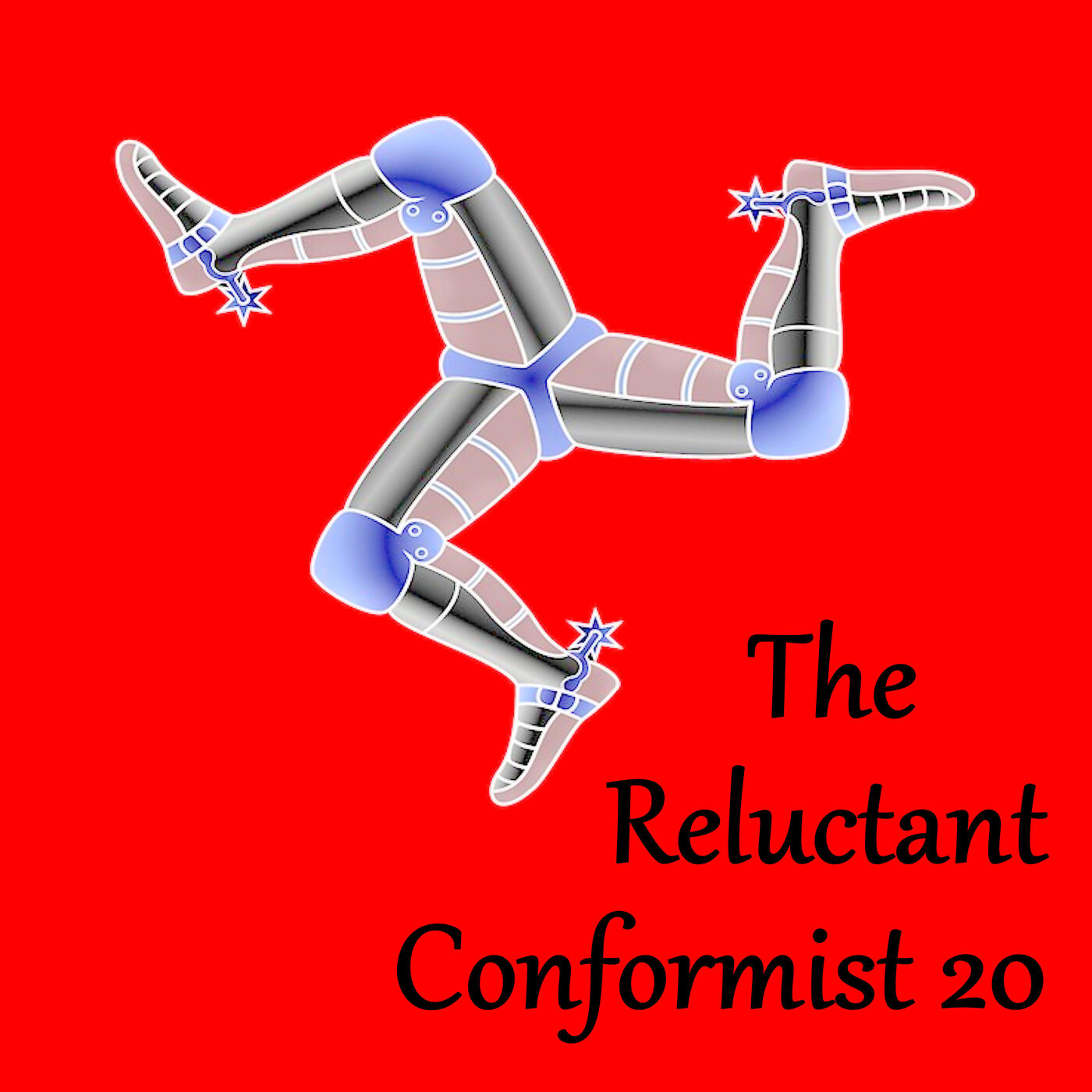 The Reluctant Conformist 20(ending purified) - I, Magnus’s pneuma (πνεῦμα) visits the ‘Ever When’: The Finale made complete.

Magnus’s nascent pneuma is captivated and charmed, yet senses utter isolation at his first encounter with ‘Liminal Time’. His habitation of the ‘Present Tense’ is somewhat akin to reading the final page of a ‘Who-Done-It’. He knows whose throat was slit and by whom, but remains clueless of the Who, What, Where, When, How and Why of all else! He’s in a dark place, and very much alone.A single chime from a tubular glass bell trembles the void, shattering the blackness, reviving and engaging Magnus’s bewildered psyche for the next chapter of his erratic existence. 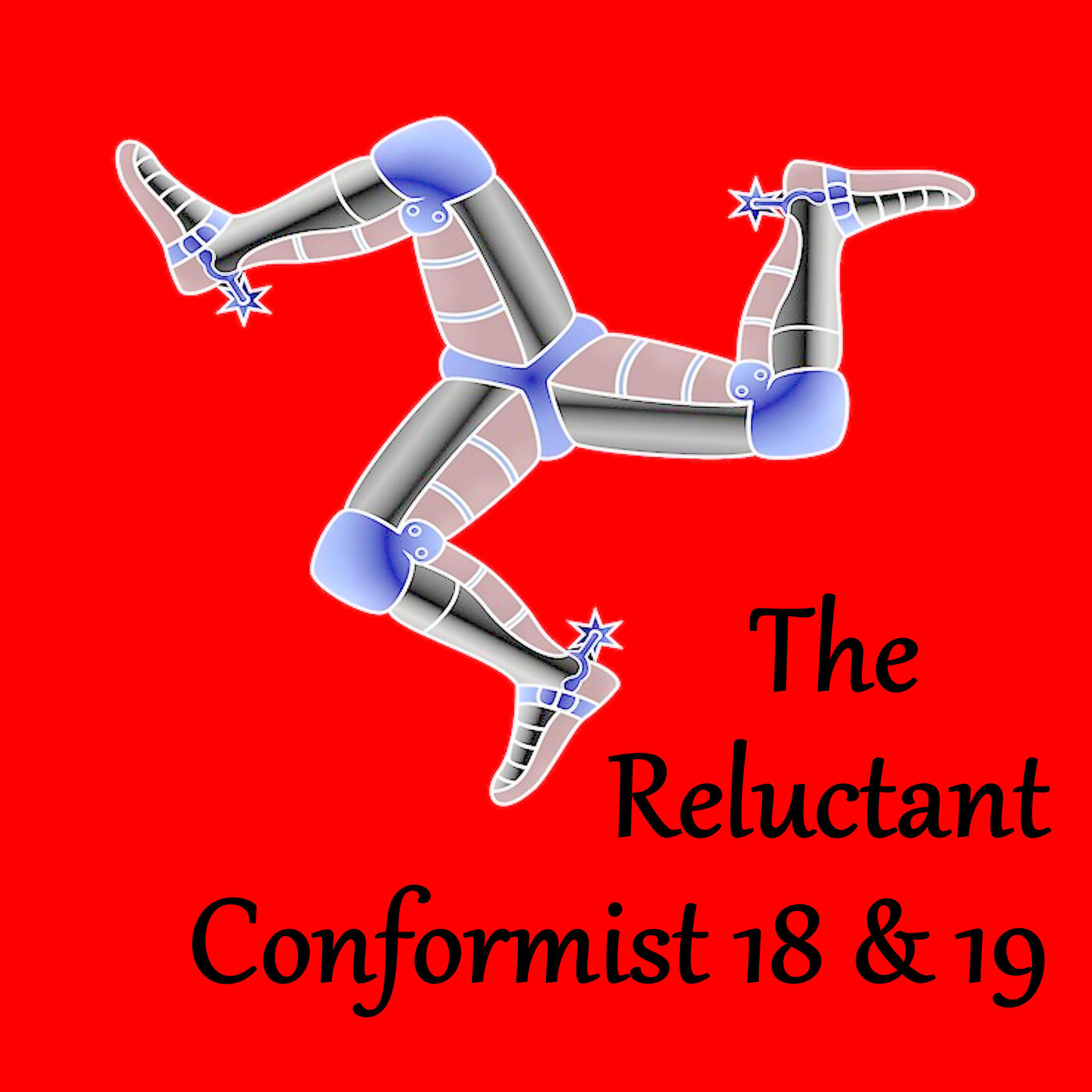 The Reluctant Conformist 18 & 19 (Chapter 10) should never have been divided into two episodes – here it is with truly thunderous TRUE IMPACT!

Magnus drifted through life with no defined purpose nor focused ambition. He enjoyed his own company and was perfectly content pursuing his current interests. One troublesome issue which dogged him throughout his life however, was the unwanted attention of others. These intrusions were generally sidestepped, but on occasion became difficult. Magnus never looked for trouble; it seemed to seek him out. On this occasion, supermarket checkout provocation proved impossible to avoid and ended in madness and broken bones. 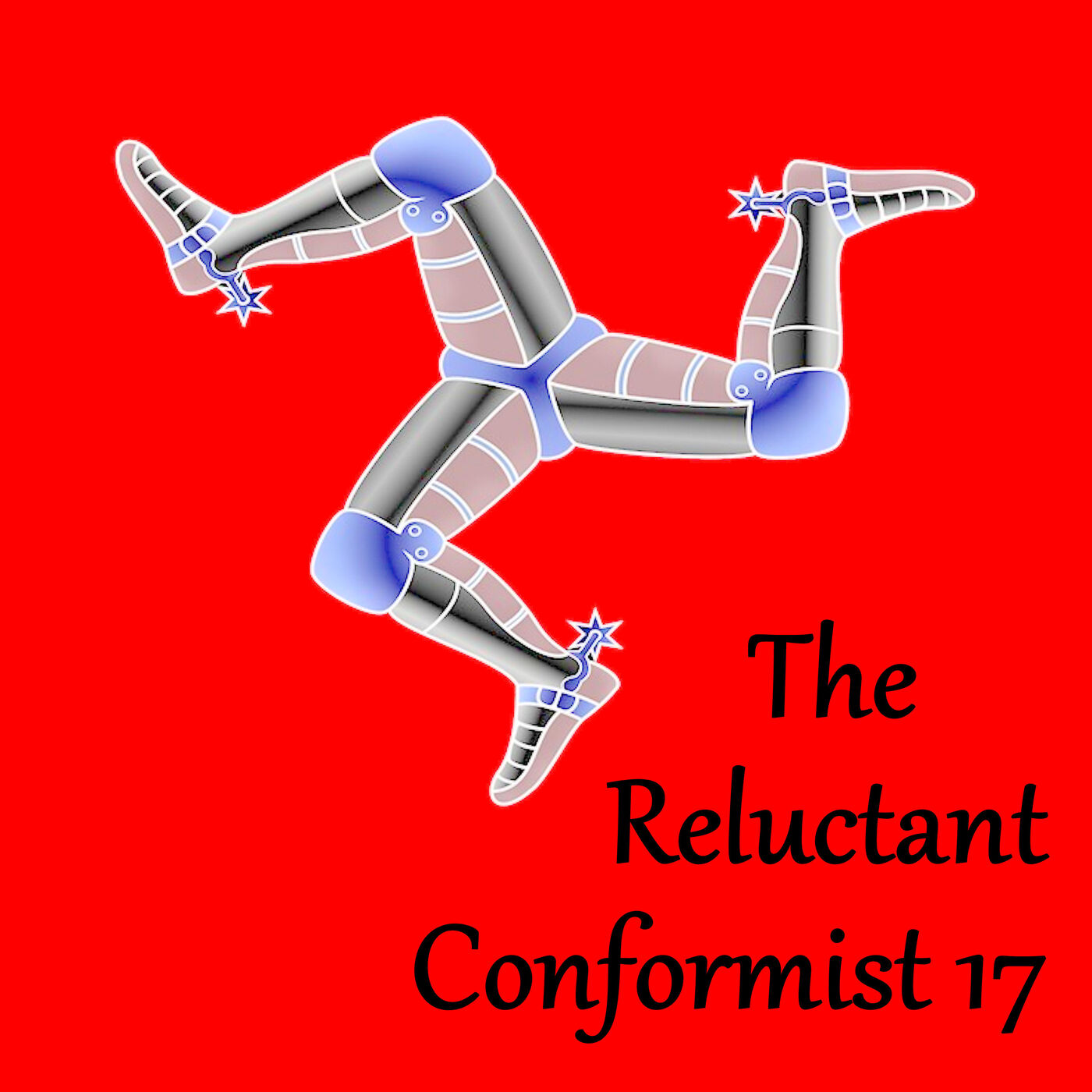 The Reluctant Conformist 17 “It’s not A Picasso; I believe it to be The Picasso!”

“Whilst perusing the Willie Leece photographs online(http://willieleece.blogspot.com), I noticed your other blog: Is this a Picasso?. (http://picassoceramic.blogspot.com) What the story?” “It’s a magnificent piece,” Dorothea enthused. “It’s even more wonderful than I imagined.” 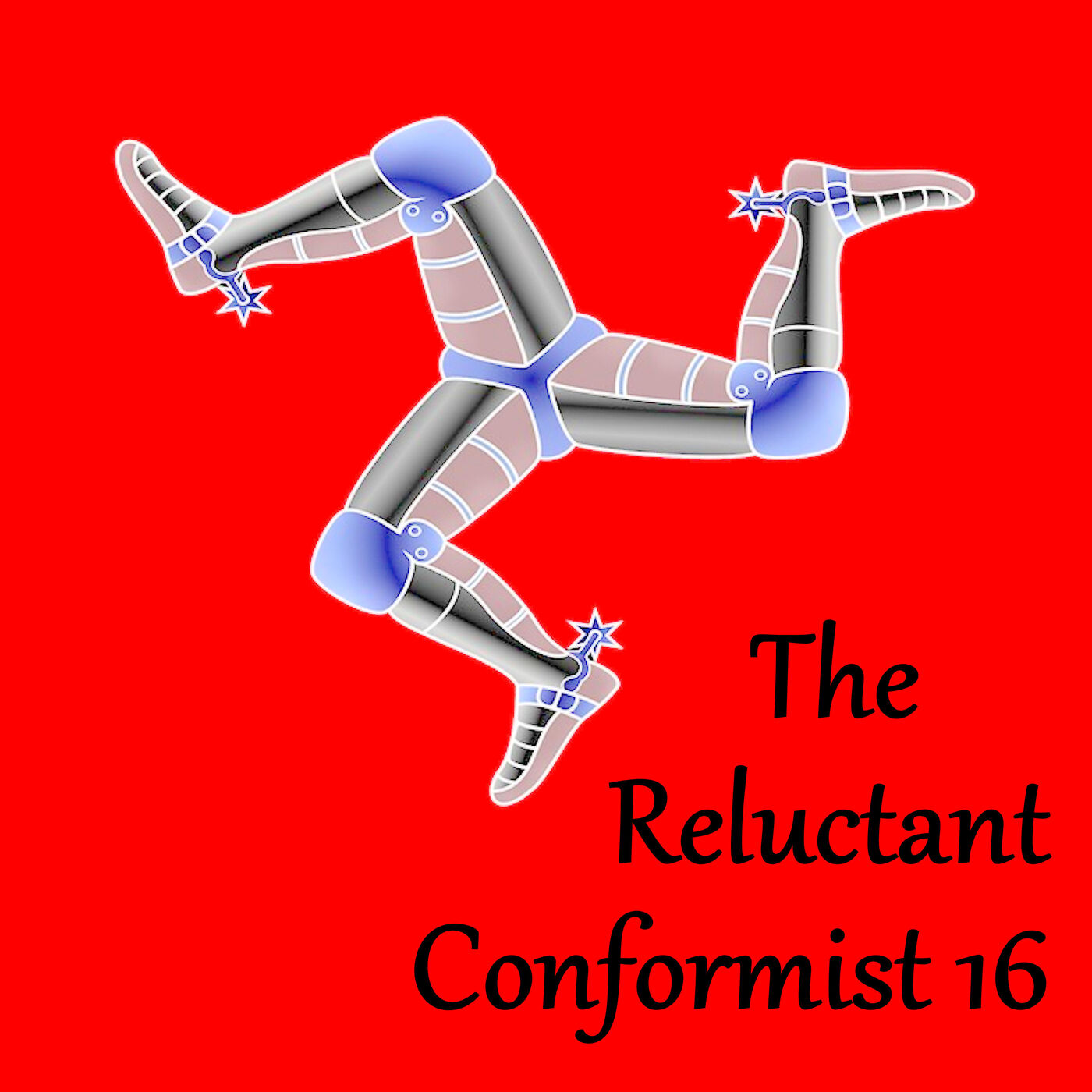 The Reluctant Conformist 16 is this a Picasso? Magnus believed so. See for yourself: -(http://picassoceramic.blogspot.com)

“It reads like a Picasso. It’s right in its vocabulary; more painting than ceramic,” the Sotheby’s connoisseur affirmed enthusiastically, holding the plate securely in the crook of his arm. “It’s alive with his wit and playfulness. Where did you get it?”The Paris based Picasso Administration’s swift reply stated, ‘From the information provided, and only that, we do not think your plate is from the hands of Pablo Picasso’. Magnus’s cause of action was clear. He’d take the plate to Paris so they could see for themselves that they’d made a mistake!-( Chech it out yourself: - http://picassoceramic.blogspot.com) 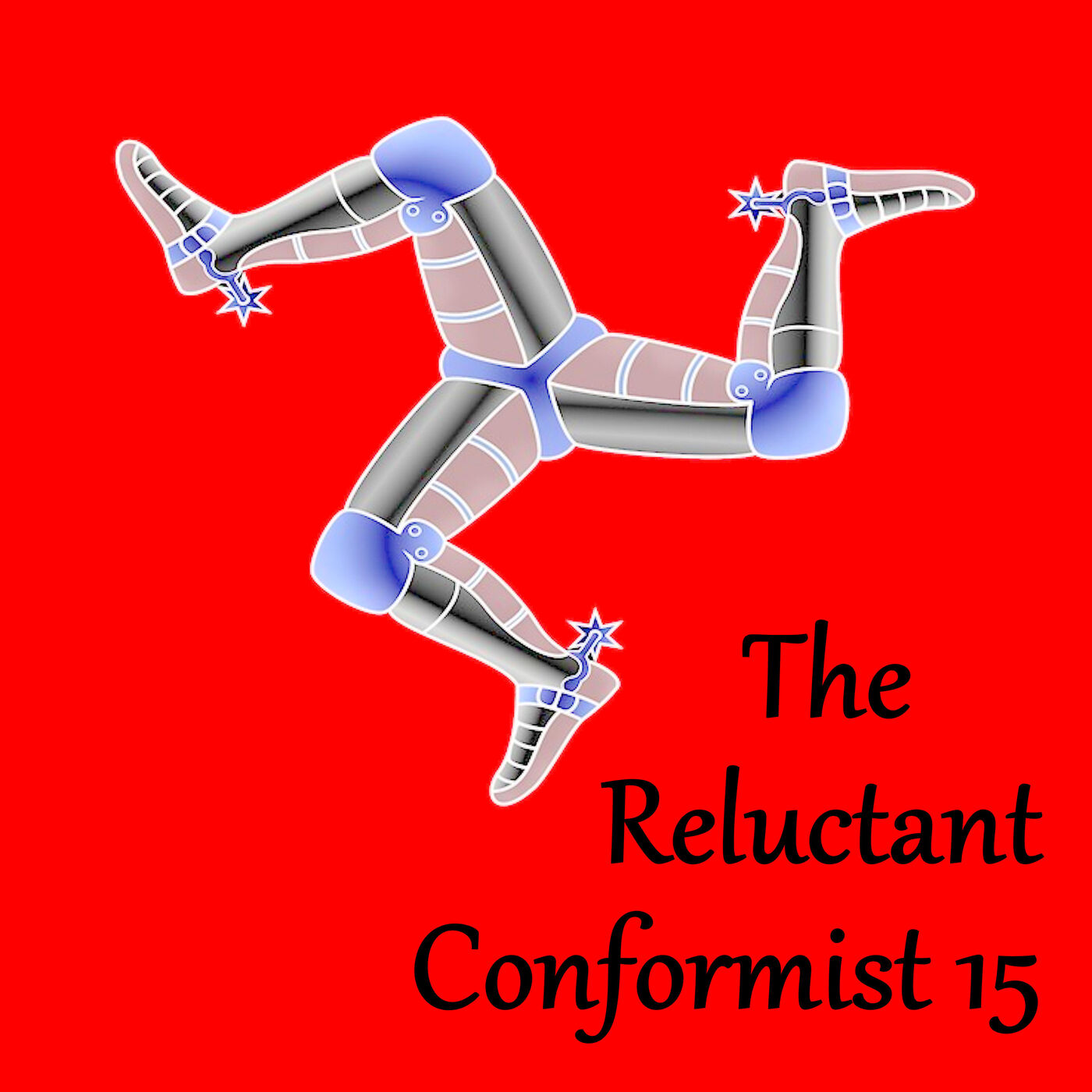 The Reluctant Conformist 15 a LOST MASTERPIECE (?), with Basque hospitality spiced up with chili peppers.

Meet our vibratingly sexy Sybil Fawlty lookalike landlady who instigated the ‘dookling foot’ episode.And: -At the back of the shop, on a chair seat, alongside a red rusty, two-metre-tall, cast iron Jesus sat a grubby heavily glazed ceramic plate which catapulted Magnus deeper into the secretive, murky and unregulated world of fine arts. 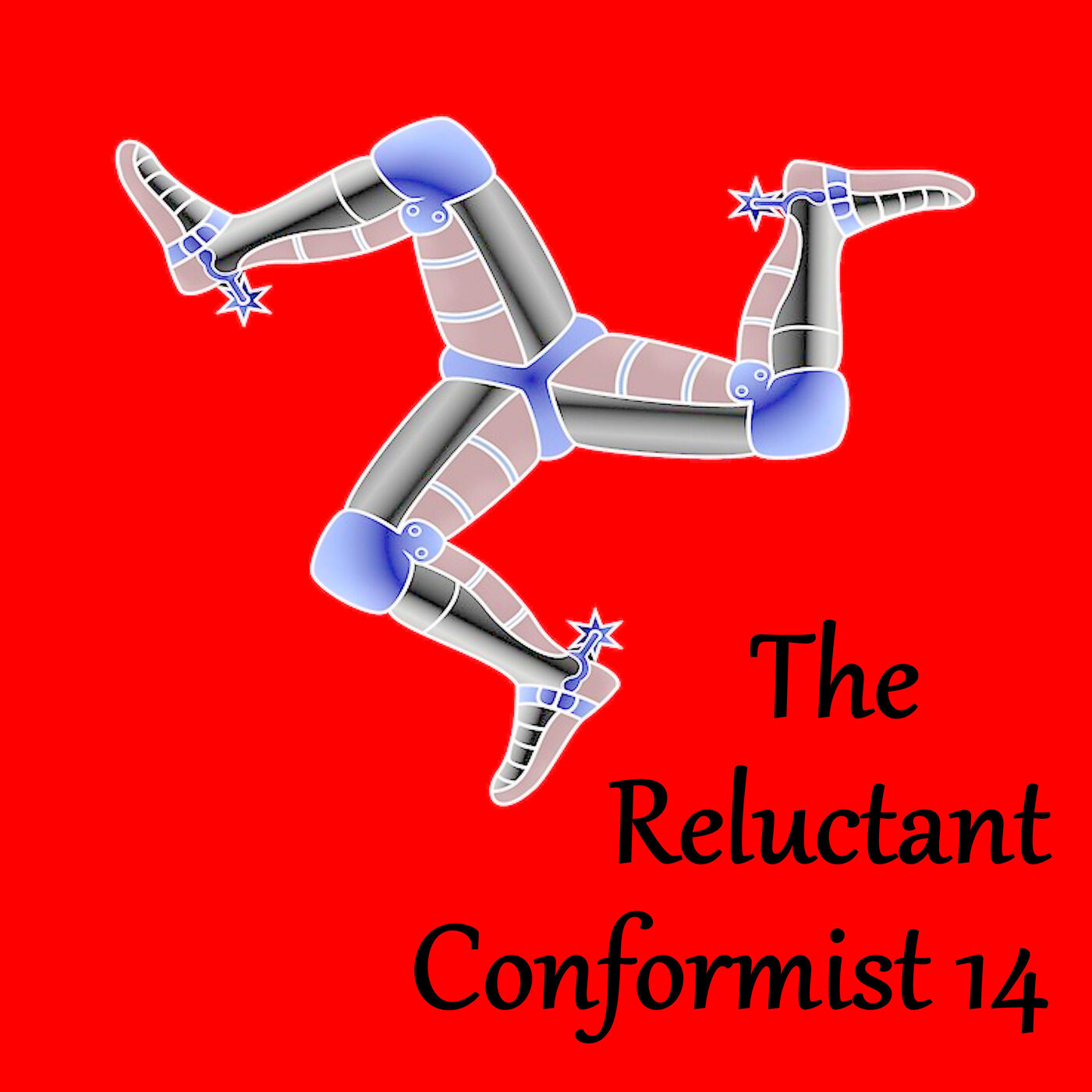 Robin’s Croft was a dilapidated seventeenth century stone cottage with the luxury of a cold water tap, but having no kitchen, gas, electricity nor sanitation. However, they’d survived the war and had a roof over their heads.For the first time four-year-old Magnus had a friend his own age. Andrew lived nearby beneath the trees of Fairy Glen and was the only son of a Polish taxidermist who dealt in rabbit skins and feathers.A catastrophic death in the family may, or may not have resulted from the maniacal ambitions of the now also dead, Adolf Hitler. 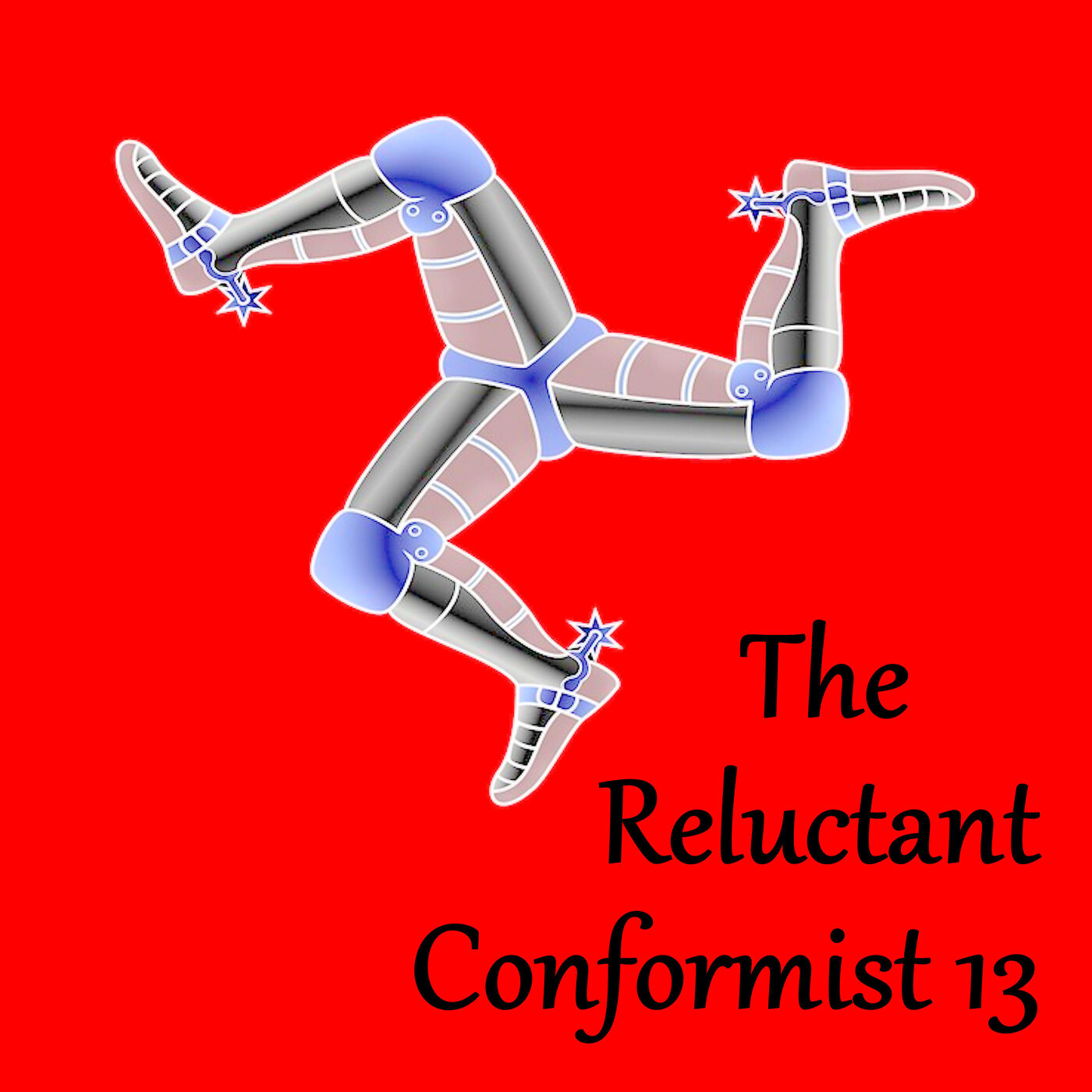 The Reluctant Conformist 13 Magnus’s adventures along a coastal pilgrimage trail. 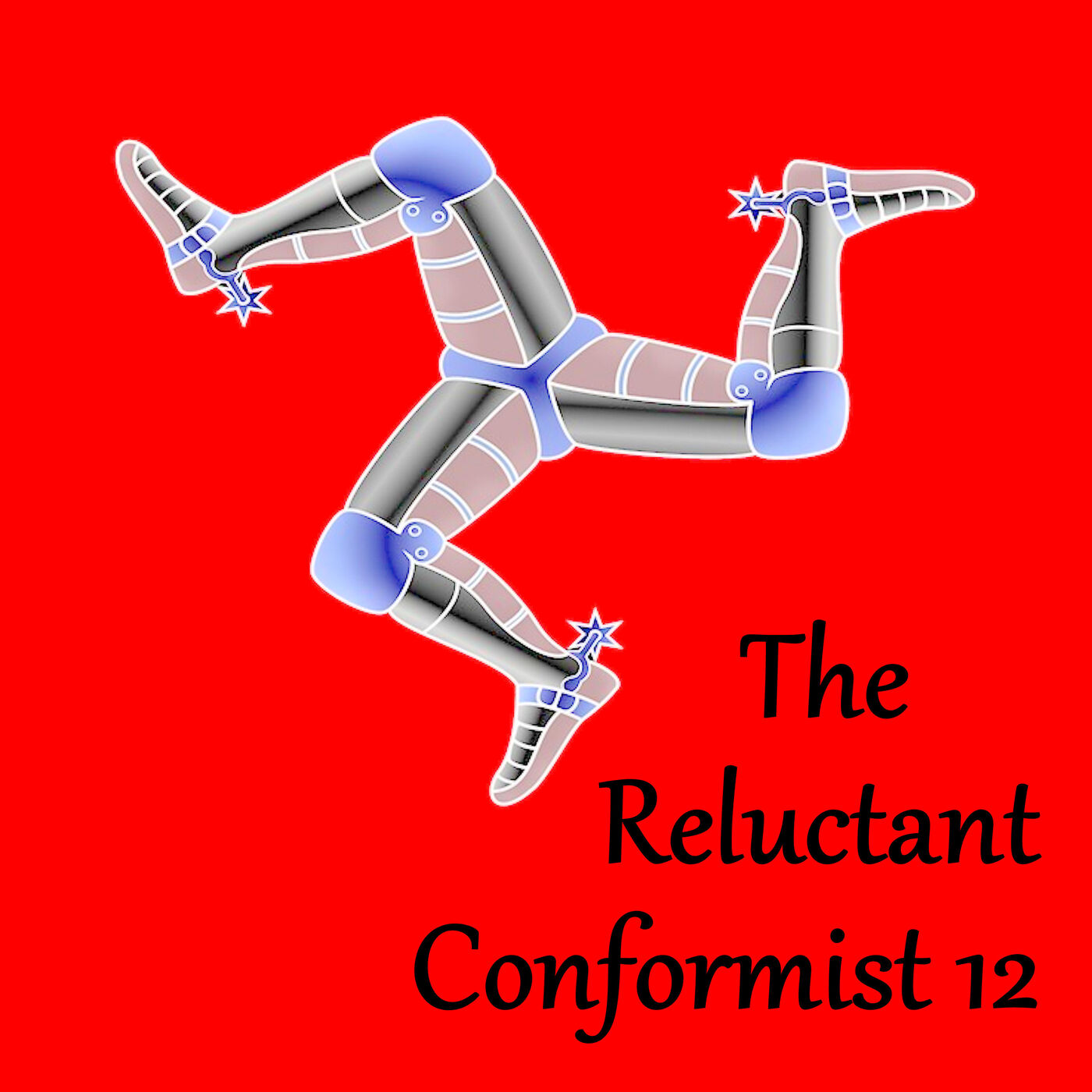 The Reluctant Conformist 12, an art exhibition by one of ‘His Majesty’s Most Loyal Enemy Alien’ WW II internees, sparks a treasure hunt for a missing masterpiece.

Magnus records the unique artistry of Willie Leece, the modest creator of a unique style of rural assemblage sculpture. The ‘Hedge’ art works of this quietly thoughtful Manx farmer are selected to be hung alongside a blockbuster travelling Tate Gallery exhibition for a giant of the twentieth century’s artistic fraternity, Herr Kurt Schwitters. An unforeseen consequence of the Dadaist’s exhibition propels Magnus towards entering his artistic endeavours for London’s Royal Academy of Art summer exhibition. . ‘Commander Benedict Forksbeard – The Startled Speed Reader’ and ‘Longnose Peggchin – The Sentimental Viking Poet’ are hung, but not as expected. 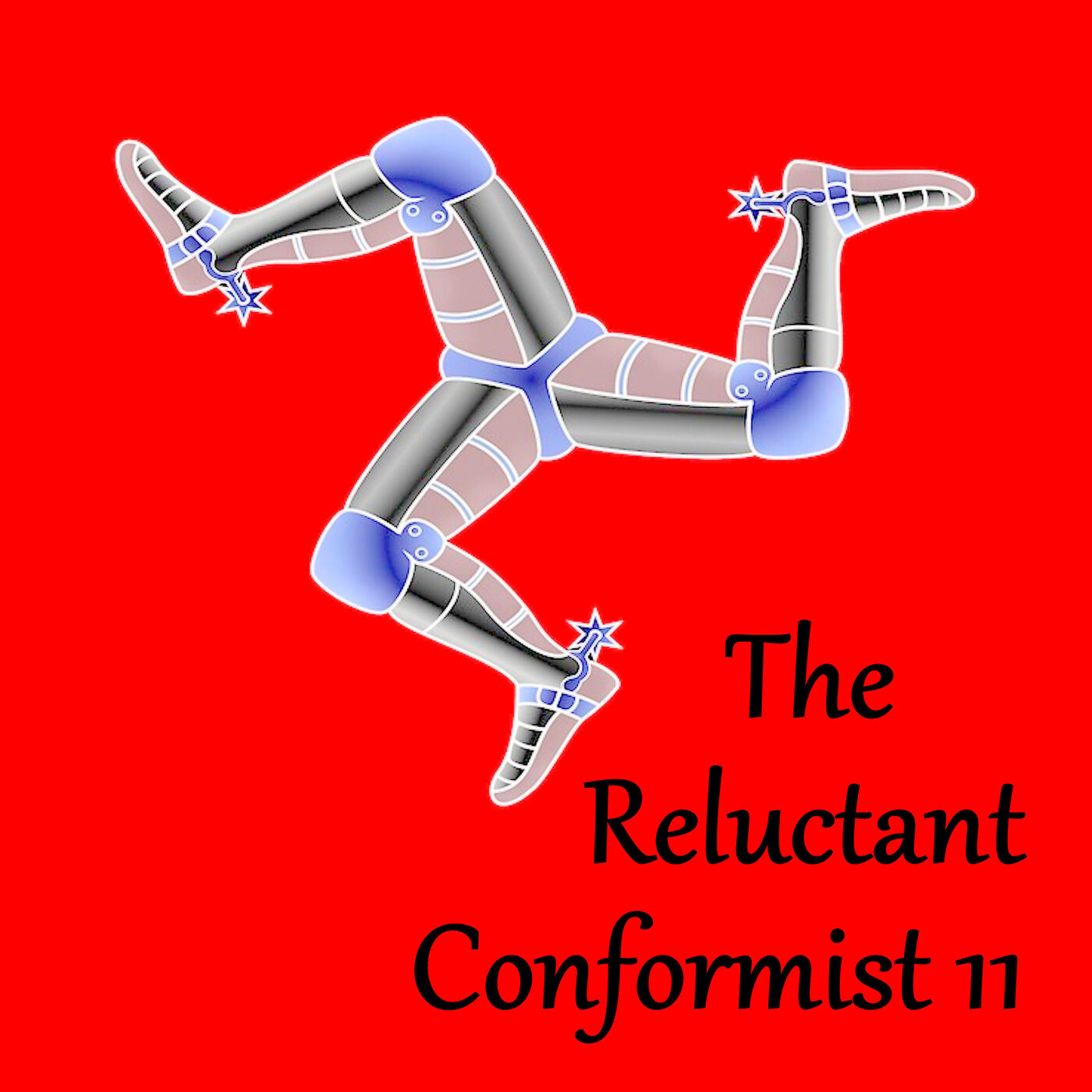 The Reluctant Conformist 11, our hero holds a joint art exhibition with a legendary Dadaist painter and Merz poet. 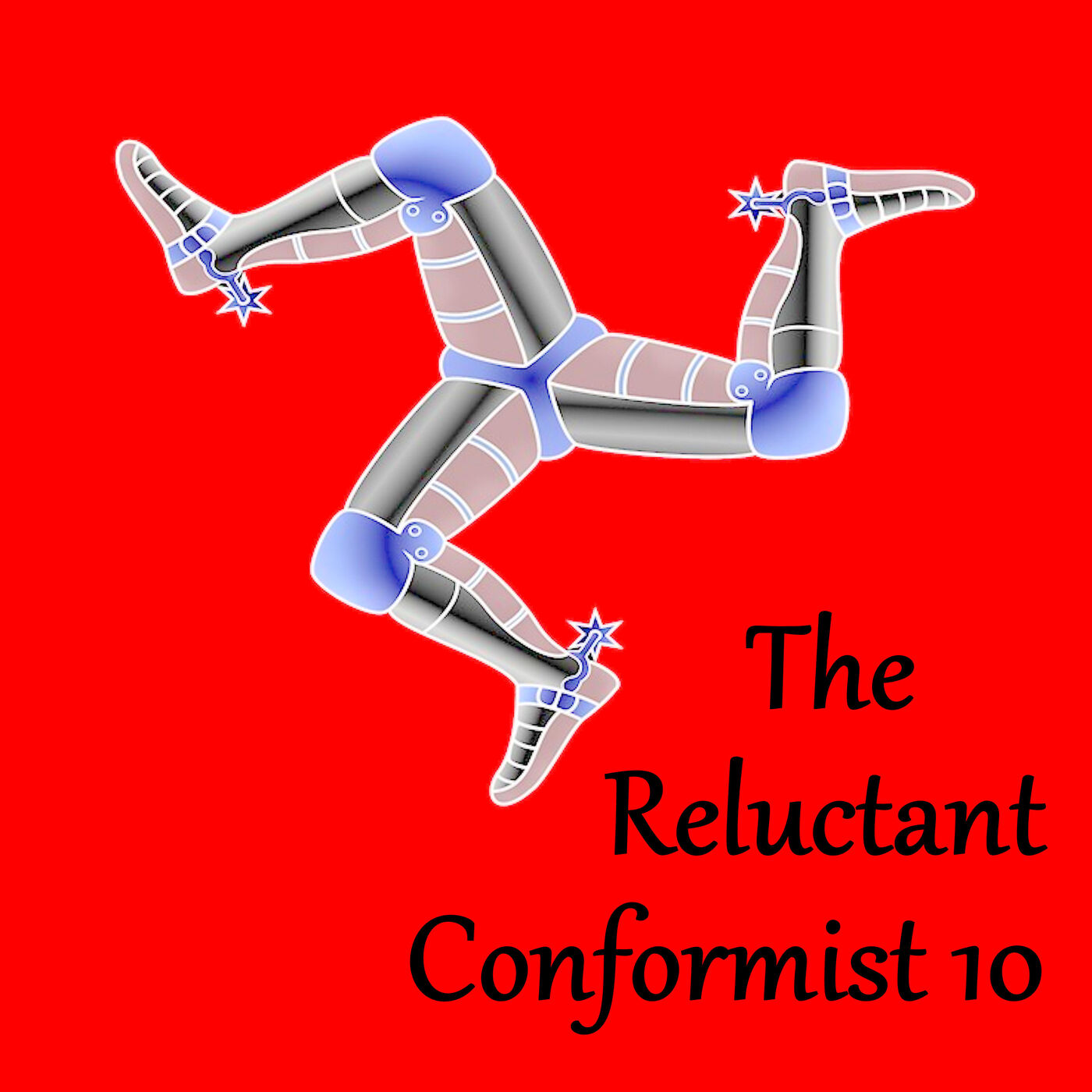 The Reluctant Conformist (10) Singapore, a diluted Cherokee, marooned on a volcanic island, and a gorgeous apparition.

It wasn’t all misery! The shore-side base was Singapore, and in the early 1970’s it remained a mysterious and exotic place to explore. The ancient DC3 bounded and skipped along the rough grass airstrip rapidly gathering speed. With an almighty explosion, the starboard propeller stopped dead, the plane slewed violently sideways, and all was white-faced stillness and silence. And there they were, with a broken aeroplane, somewhere in the South China Sea, trapped on a narrow strip of land on the coastal flank of a monstrous volcano. 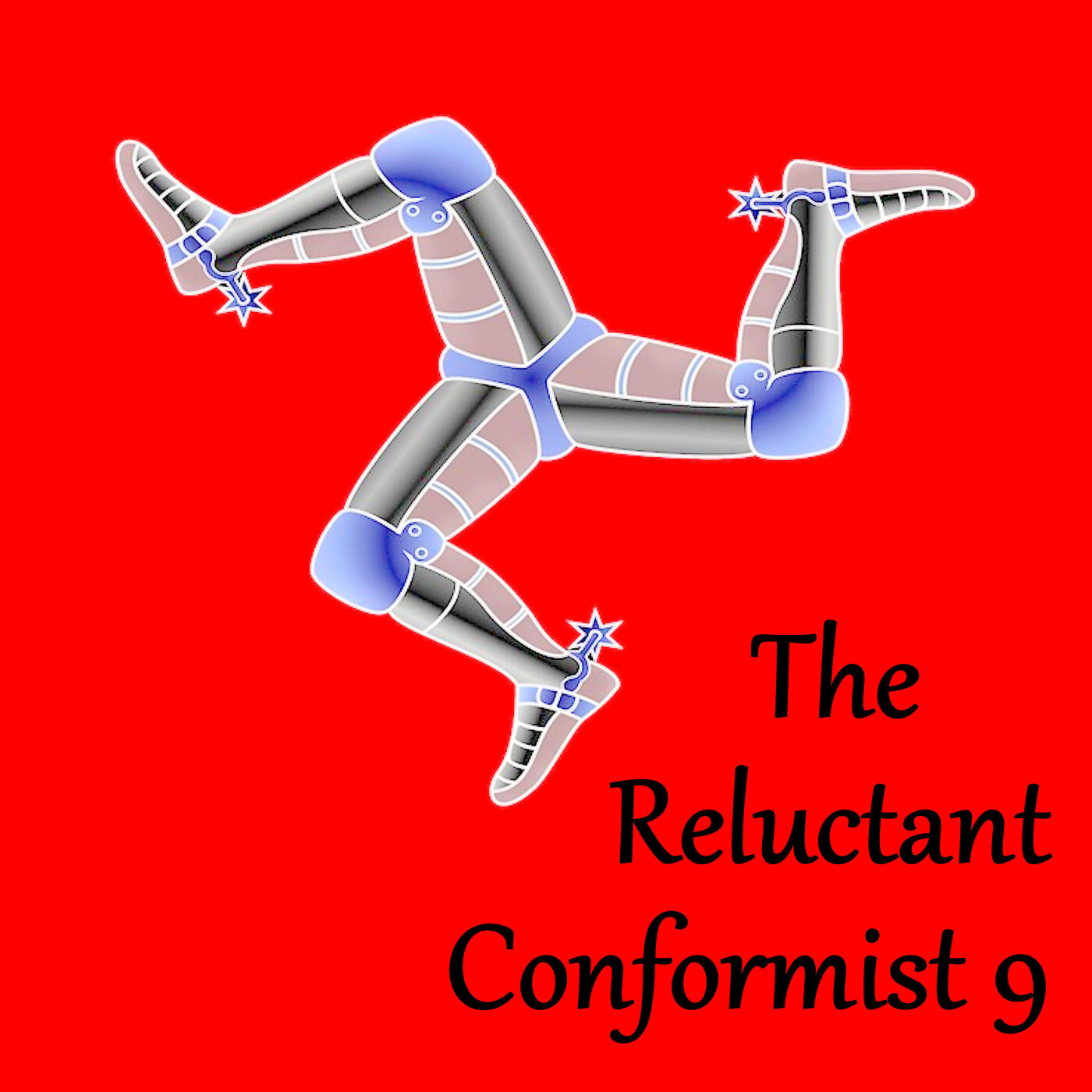 Magnus lived under no delusions about his own importance. If he was injured or killed on the rig, he’d be flown ashore, immediately replaced, and just as quickly forgotten On shore leave, Magnus, at one of Darwin’s notorious ‘Late Nights’ dance parties met the mascara-eyed, choker-wearing, adventurous blond, Sophia Elizabeth. Over the coming months, they became wonderfully close, spending most of their time together when he was ashore. 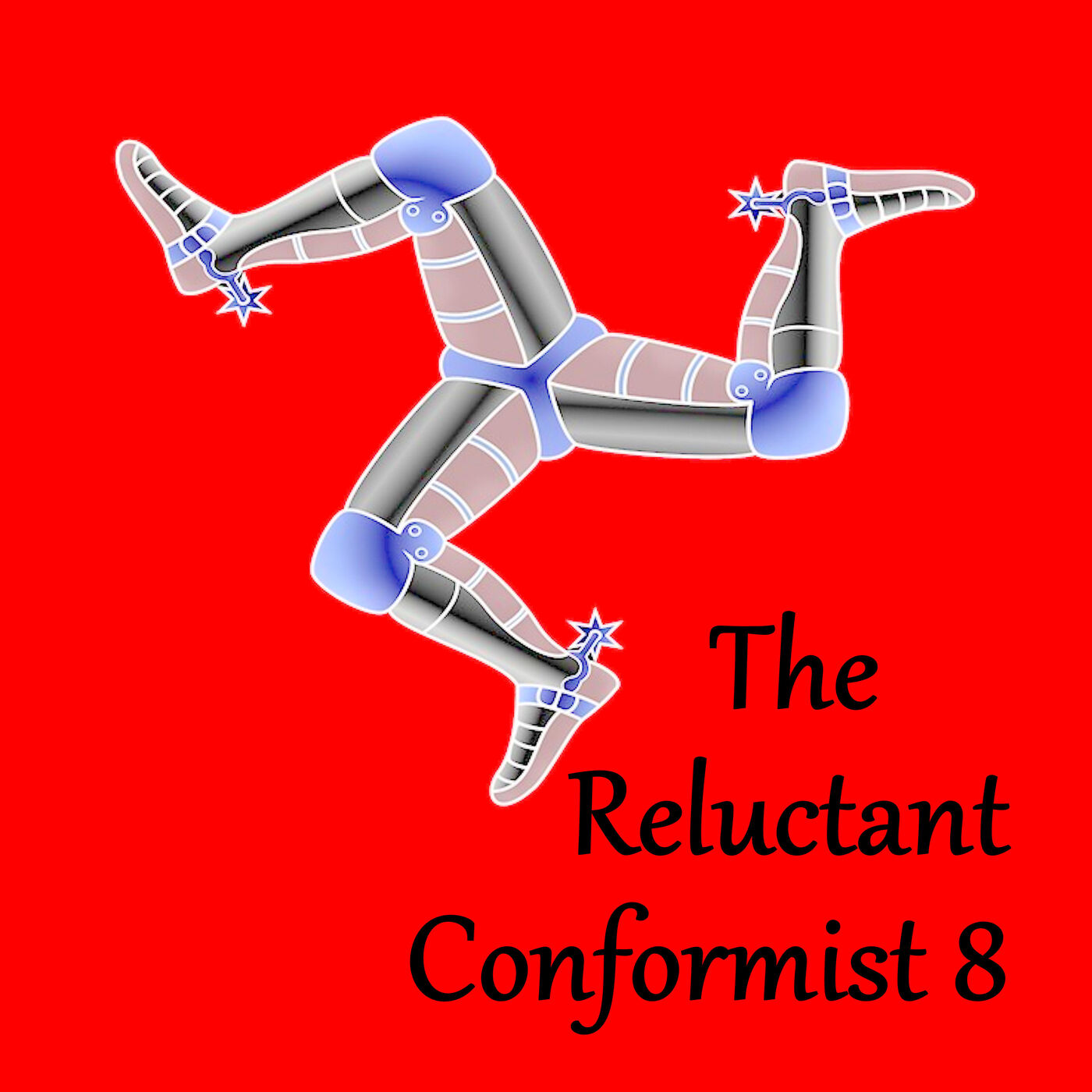 The Reluctant Conformist (8) Elvis in the Sahara, offshore in the Adriatic, then Australia bound.

Just three weeks after leaving England, Magnus was bouncing across the Algerian Desert in the back of a long-wheel-based Land Rover. The vehicle was jam-packed with robed and turban clad Arabs and desert dwelling Berbers.Before heading Down Under, our hero enjoyed a stint aboard off-shore rigs drilling the Adriatic Sea bed for oil. Perhaps Magnus was bad luck as no oil was found. 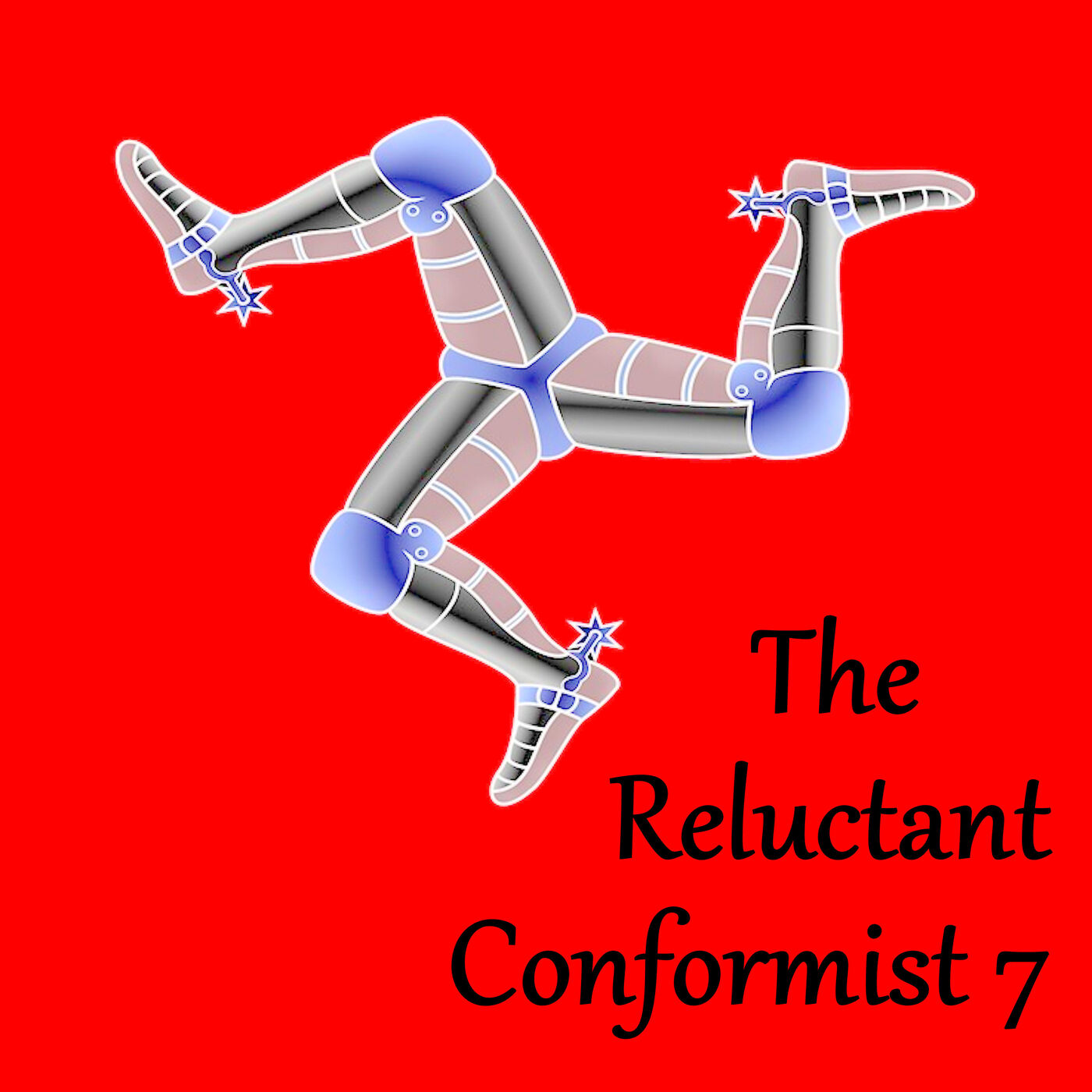 The Reluctant Conformist (7) kismet’s gift; education as replacement for whale blubber on toast.

Magnus started work with Hawker Siddeley in the autumn of 1964. Providence, destiny, or mere chance guided Magnus to the greener pastures of aviation and away from a seafarer’s life toiling in the oppressive and claustrophobic hell-hole of ships engine rooms. 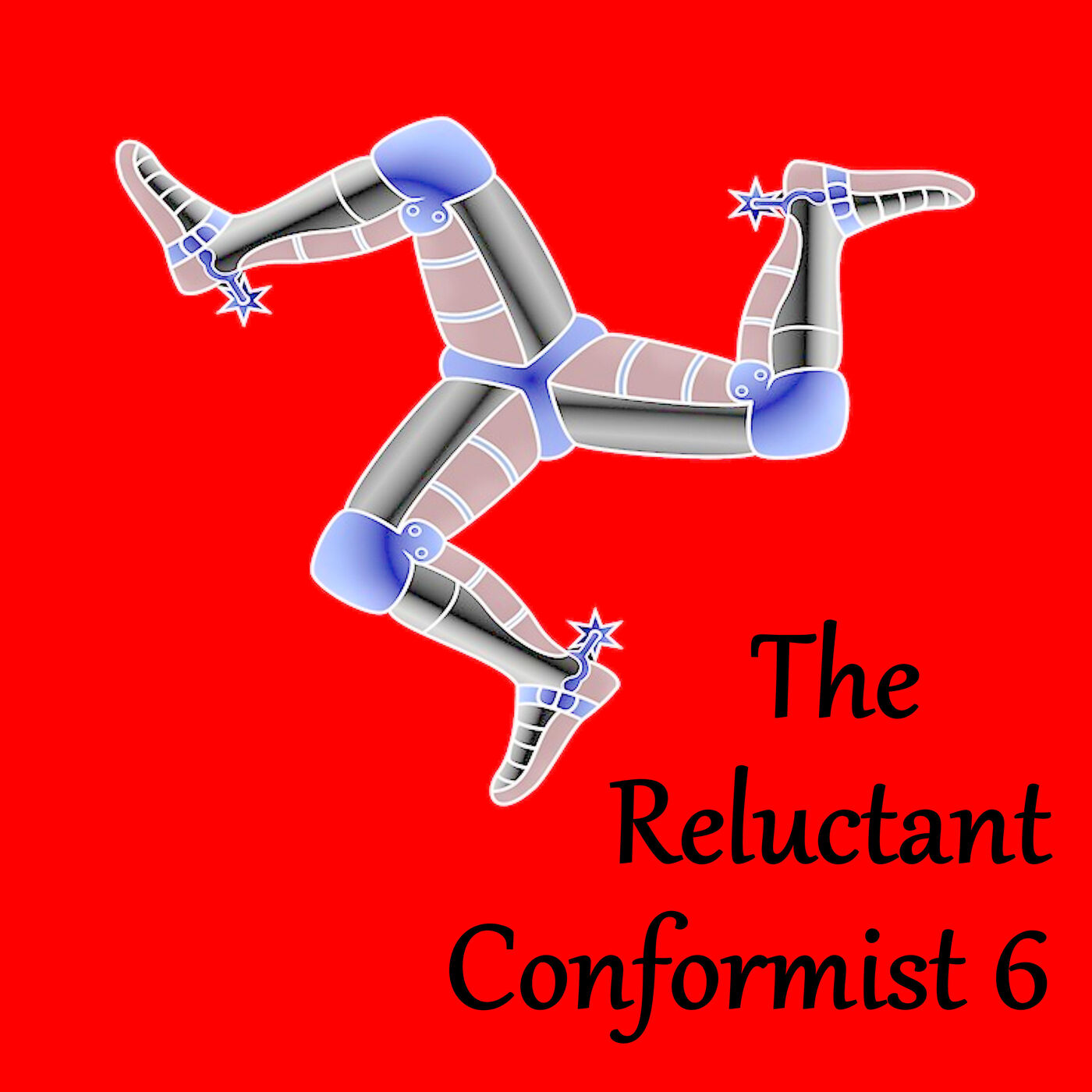 The Reluctant Conformist (6) a whale of a time at Hamburg’s notorious dockside haunt, The Cabbage Patch.

After a stint in the dole queue, Magnus’s receives a new job offer. His potential employer was one of the biggest whaling companies in the world, with a blubber rendering slaughterhouse on the isolated island of South Georgia. This icy and windswept hell was located in the South Atlantic Ocean approximated due east of Cape Horn and a mere 12 degrees of latitude north of the Antarctic Circle.For Magnus, working in a ship’s engine room was akin to going on a country drive whilst cooped up under the bonnet of the car with only an unbearably noisy engine for company. 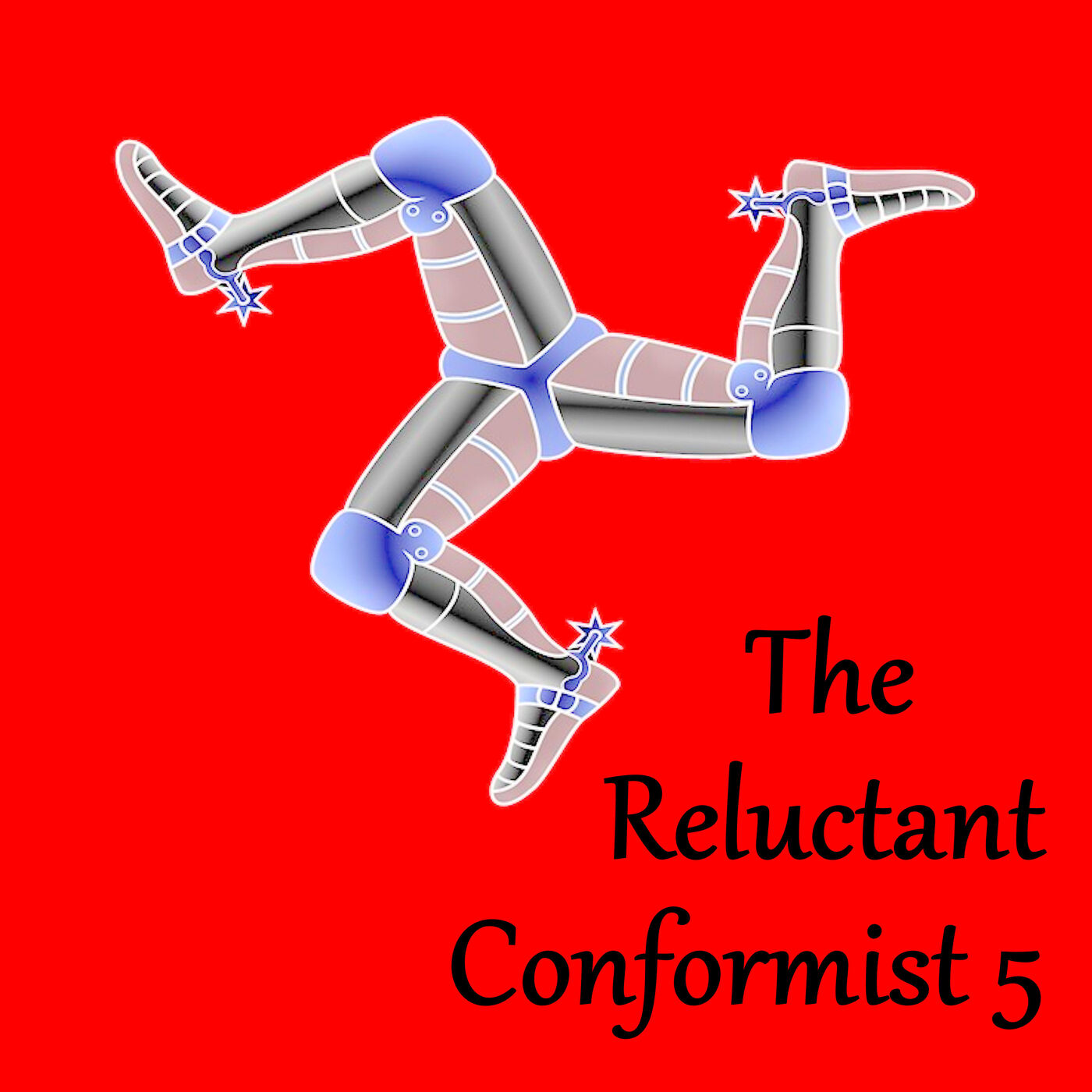 The Reluctant Conformist (5) a seahorse attack and in Savannah, Georgia, all are warned: Beware! Moonshine Kills.

It wasn’t only appearances that needed to be spruced-up to meet the required standard of the officers’ dining saloon; a sailor’s immune system also needed a booster. Magnus was pleased to benefit from the years of research into tetanus, cholera, yellow fever, typhoid and smallpox.In January 1963, Magnus joined the steam turbine powered, semi-refrigeration ship, City of Winchester, outbound for Australia. 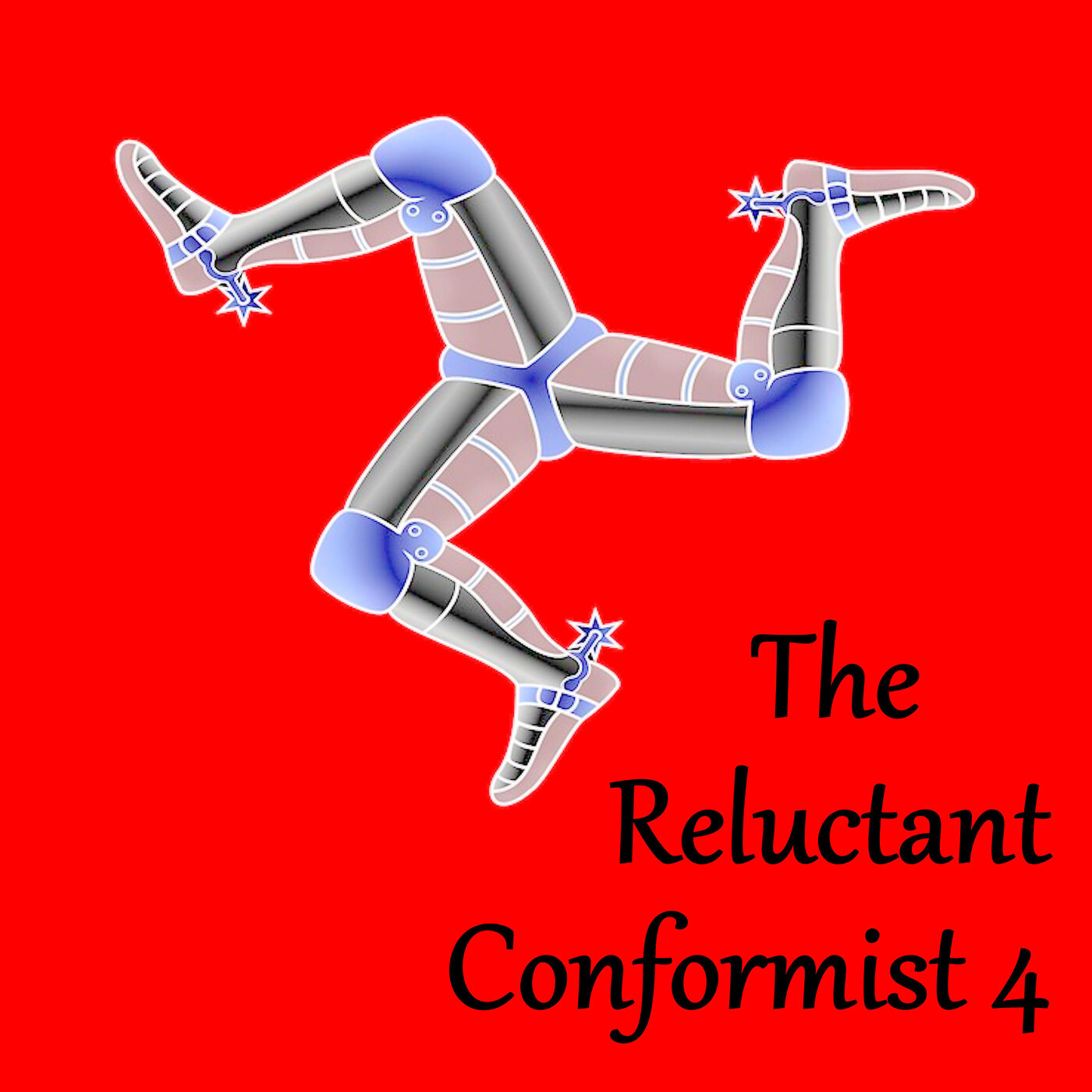 The Reluctant Conformist (4) has his first encounter with the unknown.

Magnus subconsciously writes and star in his own erratic play. Act one exposes the dangers of self-reliance at the tender age of sixteen.Initially our ‘star’ opted for hedonism over applied scholarship, but fate intervenes to nudge him towards resurrection. 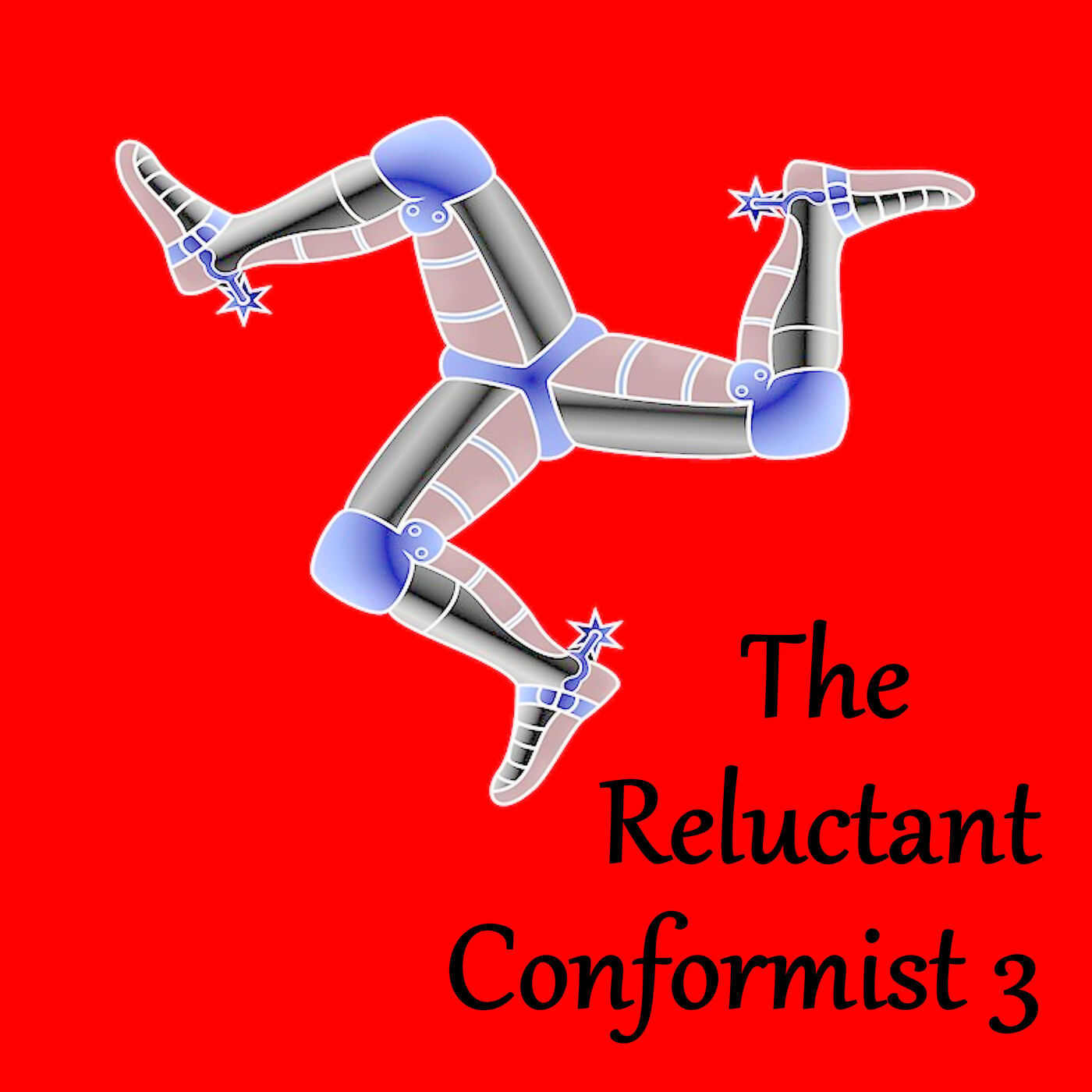 The Reluctant Conformist (3) prepares to take a leap into the unknown.

After failing to become a budding Field Marshal Montgomery understudy in the British Army, Magnus was obliged take a different tack. The call of the sea was in his blood, or so he was lead to believe. It looked as though a life on the ocean waves lay ahead, or was it a hazardous lee shore? 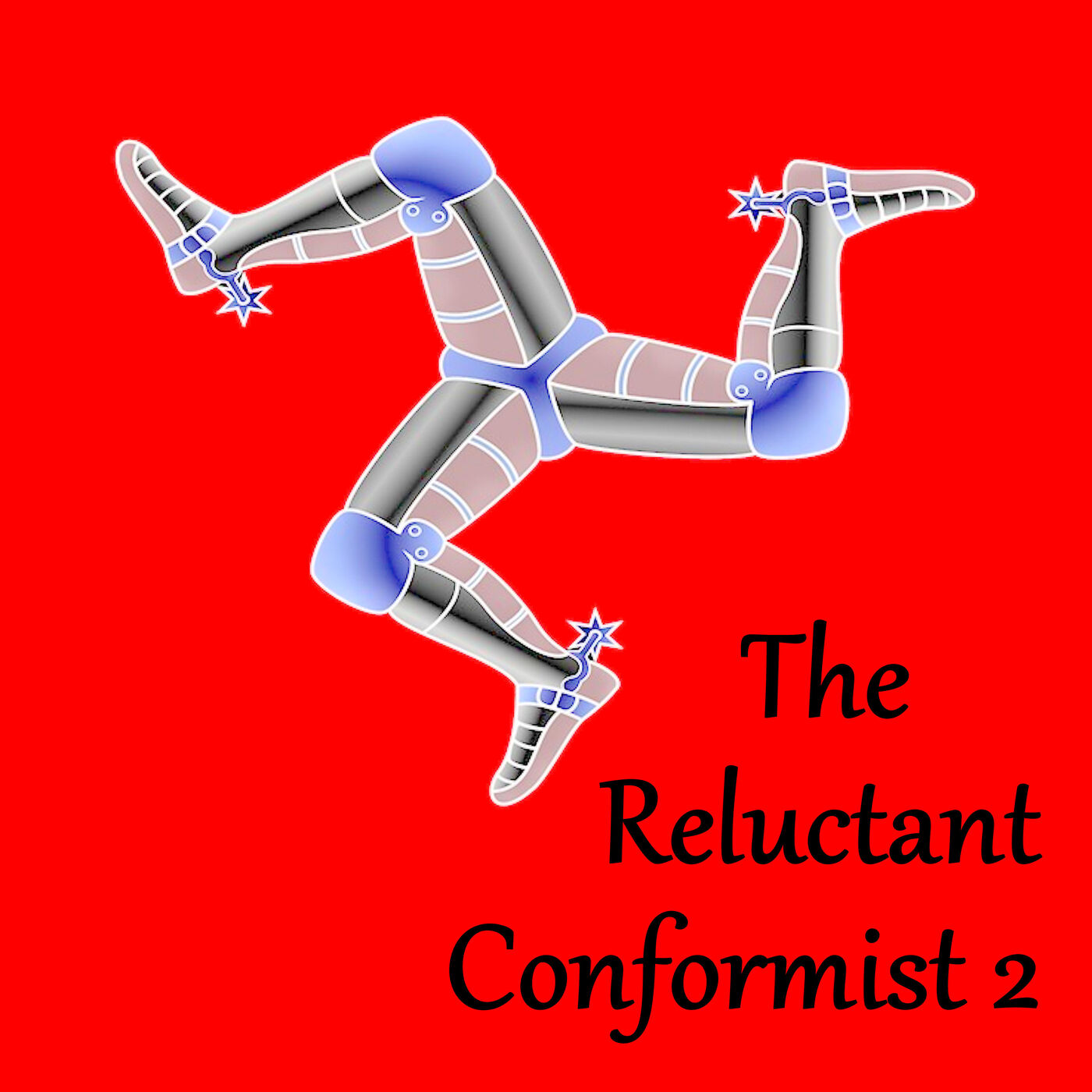 The Reluctant Conformist’s stoush with and wariness of, ‘Authority'.

Following the Army entrance exams, the aspirants, predominantly from privileged private schools, awaited their fate in a small conference room. When ‘Mr McAulay’ was called, Magnus followed the subaltern into a stark room that veritably crackled with razor-edged military crispness. The seeds of Magnus’s guarded approach to authority were sown well before the art teacher denied him entry for the GCE school leaving certificate: Magnus wasn’t even entered for the examination even though he’d topped the class in art. 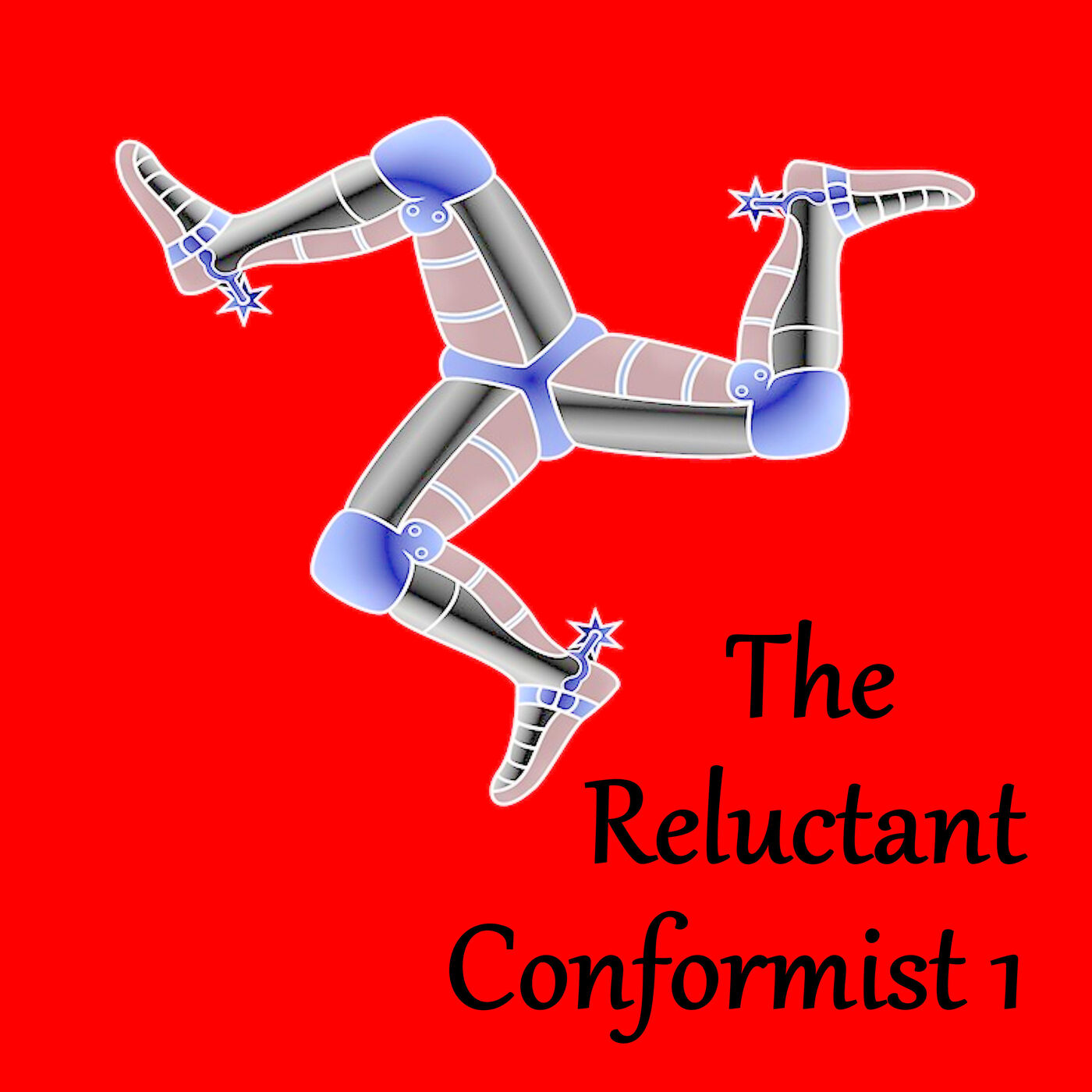 The Reluctant Conformist 1 A Warrior’s Heritage Over Stated, or ‘Checkmate Granddad’.

Apart from observing what those around him on the island did to earn a living, Magnus remained ignorant of what employment possibilities existed, what job requirements were, or what most professions entailed. Like everybody else, he didn’t know what he didn’t know, and didn’t even know that.Magnus’s naïve reasoning was that, if somebody who was unable to master disciplined walking was acceptable to the British Army, anyone could get in. 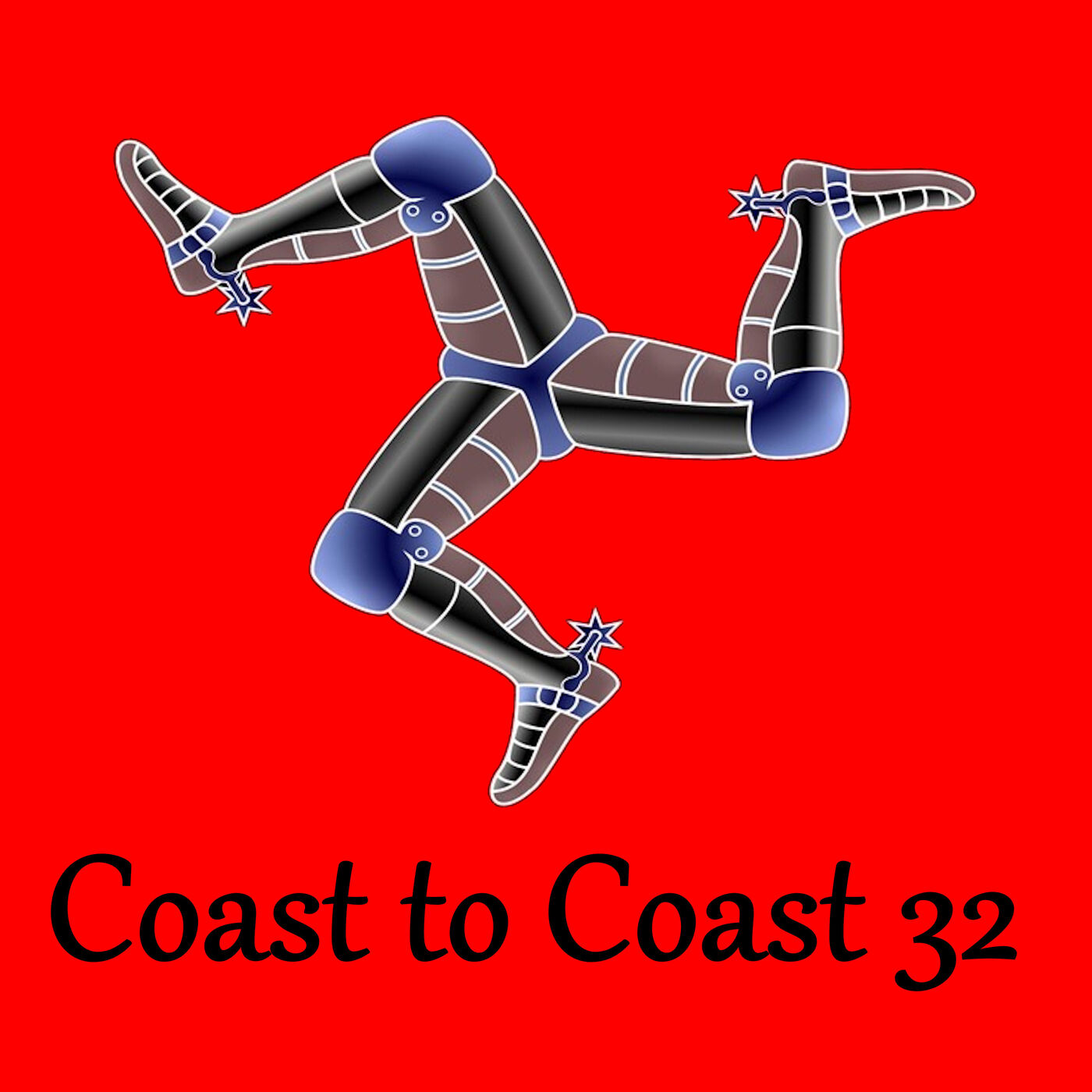 Coast to Coast 32: The End, or the Launch of a Laggard’s Literary Life?

This is the FINAL episode of Retirement Blues GoodbyeIn wasn’t just the smell of the flowers; the enchantment of rolling hills, dales and moors; slow motion walking through torrential rain; being in good company; or breakfast with the ‘Mad Hatter’ that made our adventure worthwhile, it was ‘letting things go’. Along the way, issues that had previously seemed important were forgotten or relegated to a place where they could be attended to in due course.Or, to paraphrase Socrates’s critique of life: ‘It is not living that matters, but living rightly’ - which roughly rejigged becomes: ‘Retirement Blues – Goodbye!’The next series of Podcasts deal with a different aspect of a Manx Rover’s Ramblings. The podcasts are the serialisation of his novel, The Reluctant Conformist. This tale exposes the uncanny influence that chance may play in a seeker’s life.
See More
Comments