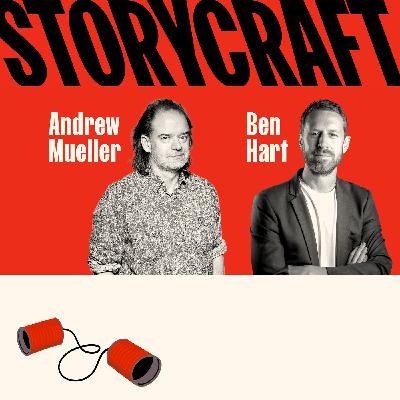 Andrew Mueller is strangely optimistic about the state of publishing

Andrew Mueller is the type of writer we assumed went out of commission after Hunter S. Thompson left Rolling Stone. Curious about subjects big and small, he understands how to get to the heart of the story, knows just how much of himself to insert in it, can turn a phrase you’ll want to re-read several times just to see how he pulled it off, and frequently churns out the most interesting take on a subject you probably didn’t know you wanted to know about. (He’s also toured, at various times, with both Radiohead and Hezbollah – the magazine double bill we didn’t know we wanted.)Mueller recently sat down with Ben Hart for the debut episode of the second season of Storycraft. Together, the pair discuss how the media world has changed since Mueller started writing (typewriters are out, computers are in), what it takes to make it as a writer, and why he’s surprisingly optimistic about the future of the industry. Looking for more on the art, craft and science of storytelling? Check out our sister website The Story, where you can read Mueller’s writing on President Zelensky and the strange connection between country music and tabloid journalism.Follow The Story on Instagram, Twitter and LinkedIn. 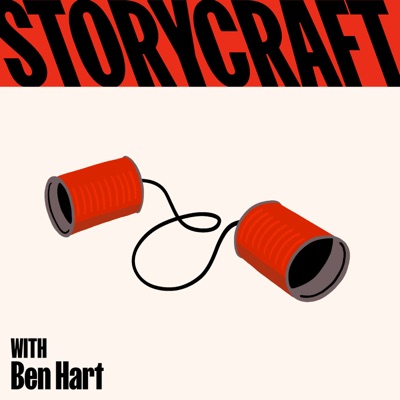 After a brief hiatus, StoryCraft is back for a new series of conversations about the art, craft and science of storytelling.  Season 2 launches shortly, with a revamped format and an exciting guestlist.  Follow StoryCraft wherever you get your podcasts, and sign up to our sister newsletter The Story for bonus content about all things storytelling. StoryCraft is powered by Fireside, a communications agency for those doing good in the world. 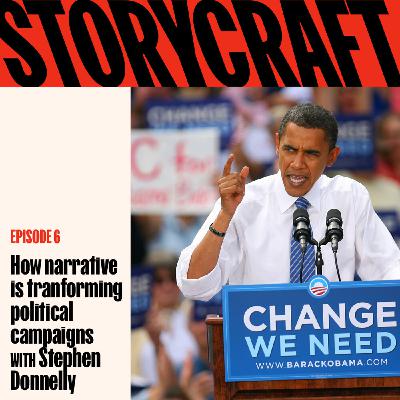 How narrative is transforming political campaigns - with Stephen Donnelly

When Melbourne political tragic Stephen Donnelly set off with four mates in 2008 to crash that year's US Presidential campaign, little did he know that it would set off a chain of events that would lead to the historic 2014 election of Daniel Andrews in Victoria, and a new life and career schooling progressive leaders and organisations in the art of public narrative.   The groundbreaking methods Donnelly observed Barak Obama and his campaign using on that fateful trip, which he would end up importing into an Australian political context, place personal narrative at the heart of efforts to lead and mobilise others and create change in the world. In this final episode of this six-part pilot season of StoryCraft, Donnelly talks about the rise of public narrative theory in politics, how Andrews deftly used it to become the first Victorian Opposition leader in 60 years to defeat a one-term Government, and why it can also be a potent tool for anyone trying to lead others through conditions of uncertainty.Looking for more on the art, craft and science of storytelling? Check out our sister website The Story. Follow The Story on Instagram, Facebook, LinkedIn and Twitter. StoryCraft is powered by Fireside, a communications agency for those doing good in the world. 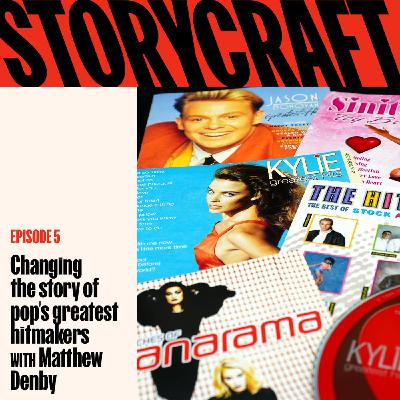 Changing the story of pop's greatest hitmakers - with Matthew Denby

For decades, a compelling falsehood held sway in serious discussions about popular music: rock bands, with their “real” instruments and gritty vocals, were authentic artists, while pop stars, whose synthesiser arrangements and choreographed music videos belied their artificial nature, were not. It’s an argument former magazine writer Matthew Denby never bought into. And as the success of his recent podcast shows, he’s far from alone. Titled ‘A Journey Through Stock Aitken Waterman’, Matt’s podcast offers an oral history of pop music's biggest hit factory, made up of the trio affectionately known as SAW. For nearly 10 years, SAW dominated the charts, producing hits for Kylie Minogue, Rick Astley, Bananarama and virtually every other quintessentially ’80s outfit in between. Their music was among the first to bring elements of the gay club scene into the popular domain. But while SAW found millions of listeners across the globe, they were largely ignored (if not flat-out derided) by music's cultural gatekeepers.In this episode of StoryCraft, Matthew explains why he and his co-host Gavin Scott wanted to rewrite this particular chapter of music history, and wrestle with the question of who gets to write the first draft of history in the first place.Looking for more on the art, craft and science of storytelling? Check out our sister website The Story. Follow The Story on Instagram, Facebook, LinkedIn and Twitter. StoryCraft is powered by Fireside, a communications agency for those doing good in the world. 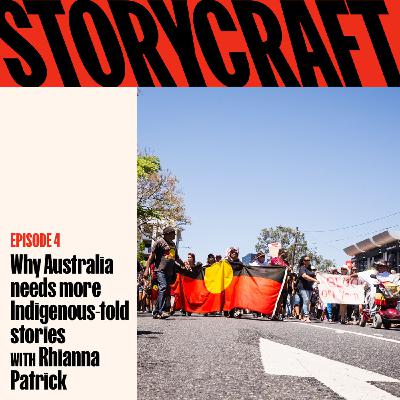 For much of our nation’s post-white settlement history, the voices of Indigenous Australians have been largely missing from the story of who we are and where we’ve come from. This omission is all the more tragic because of the rich history of storytelling that exists in Indigenous culture.For nearly 20 years, Rhianna Patrick was one of the leading Indigenous voices on the ABC, documenting the experience of our First Nations communities on programs like AWAYE! and Speaking Out. But the responsibility of carrying these stories and working in a mainstream media landscape built on colonisation took a heavy toll and she left the ABC in 2020.In this episode, Rhianna talks to host Ben Hart about the differences in the way Indigenous Australians approach stories, and what non-Indigenous storytellers can learn from the care and respect that sits at the heart of this approach (Hint: things might take a bit longer, but the payoff is huge).Rhianna also talks about her new role at Australia’s only 100 per cent Indigenous owned and operated media organisation Indigenous X, why there’s a growing interest in stories from a First Nations perspective and why mainstream media organisations need to do more than just increase the headcount of Indigenous journalists in their newsrooms.Looking for more on the art, craft and science of storytelling? Check out our sister website The Story. Follow The Story on Instagram, Facebook, LinkedIn and Twitter. 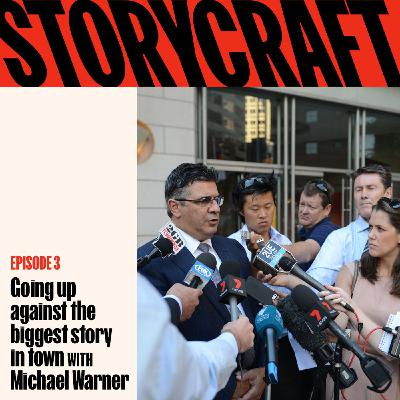 Going up against the biggest story in town - with Michael Warner

For six months of the year, Australian Rules football dominates Melbourne’s newspapers, nightly bulletins and water cooler conversations. So far, so good. But more often than not the footy narrative that enters the public discourse is carefully shaped by the AFL itself and pushed by the cabal of powerful men who run the game more like a fiefdom than a sport. Head office's story is the only story.Enter Mick Warner, football reporter at the Herald Sun. In 2019, Mick decided to tell an alternative story of the modern AFL, one that reevaluated the game’s guardians and their legacy. That book, The Boys’ Club, exposes the secret, murky world that the AFL’s top brass fights tooth and nail to keep behind closed doors. In the third episode of StoryCraft, host Ben Hart sits down with Mick to find out how he does what he does. Together, they discuss speaking truth to power, the importance of old-school shoe-leather journalism, and what it’s like to step outside of an entrenched system of patronage and make an enemy out of the biggest game in town.Looking for more on the art, craft and science of storytelling? Check out our sister magazine The Story, launching mid-November. Follow The Story on Instagram, Facebook, LinkedIn and Twitter. 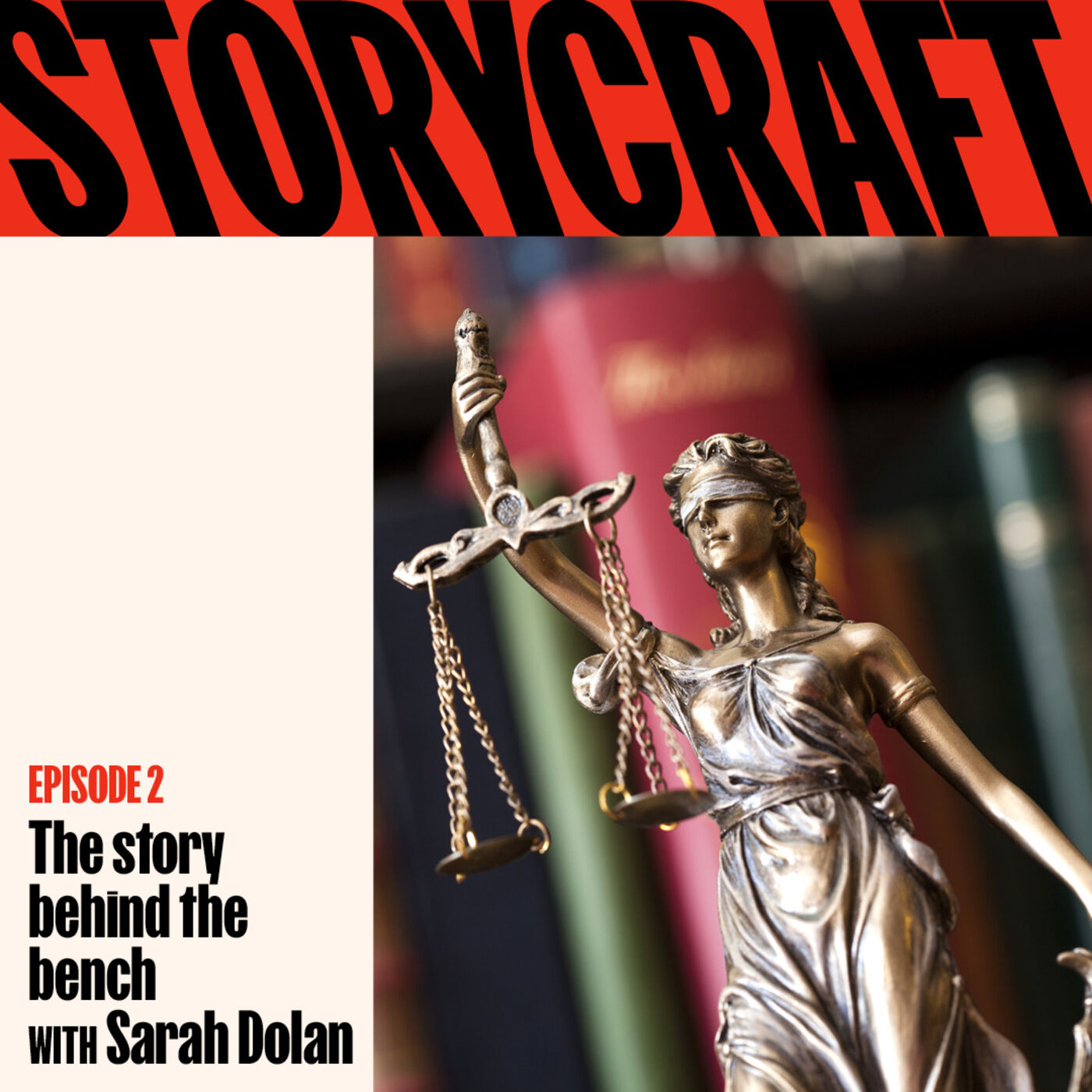 The story behind the bench - with Sarah Dolan

When Sarah Dolan was asked to create a podcast about the Supreme Court of Victoria, first she said yes. Then she googled, “What is a podcast?” From these inauspicious beginnings came Gertie's Law, the breakthrough podcast that shone a light on Victoria’s justice system. In spite of her inexperience, Sarah was able to turn Gertie’s Law into a runaway success. (“Better than Serial,” is how one critic put it.) But how?In the second episode of StoryCraft, Sarah explains how she managed to pull it off. She discusses the storytelling secrets that helped her convince microphone-averse judges to open up, why she wanted to avoid making another true-crime podcast, and how her past life in glossy magazines helped her to tell a different kind of story – one involving a 169-year-old building and the intricacies of commercial law.Looking for more on the art, craft and science of storytelling? Check out our sister magazine The Story, launching Thurday November 11. Follow The Story on Instagram, Facebook, LinkedIn and Twitter. StoryCraft is powered by Fireside, a communications agency for those doing good in the world. 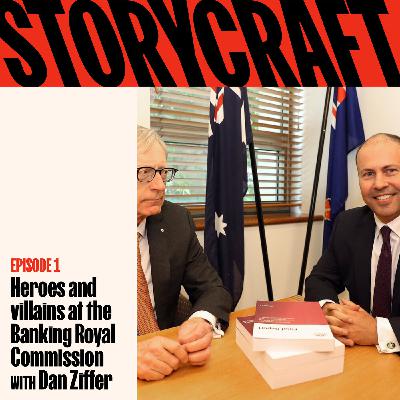 Heroes and villains at the Banking Royal Commission - with Dan Ziffer

Interest rates. Currency movements. Stock market valuations. If these words are putting you to sleep, it’s probably because Dan Ziffer isn’t the one telling you about them. As a business reporter with ABC News, Ziffer is routinely tasked with taking the day’s corporate events and turning them into something not just comprehensible, but compelling. He makes it look easy. But as he explains to host Ben Hart, the reality is often anything but. In the first episode of StoryCraft, we sit down with “the world's oldest debuting television reporter” to hear how he makes snooze-worthy subjects interesting. Along the way, we discuss the importance of “holy shit moments,” why Dan feels late to the party, and how the royal commission into banking was actually a masterpiece of narrative storytelling. (Yes, really.)Looking for more on the art, craft and science of storytelling? Check out our sister website The Story, launching November 2021. Follow The Story on Instagram, Facebook, LinkedIn and Twitter. StoryCraft is powered by Fireside, a communications agency for those doing good in the world.
See More
Comments