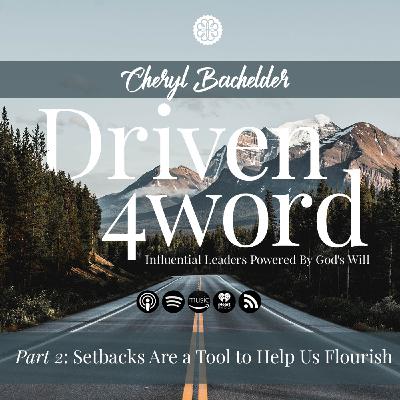 Setbacks Are a Tool to Help Us Flourish - Cheryl Bachelder: Part 2

In the last episode, we met Cheryl Bachelder, former CEO of Popeyes® Louisiana Kitchen, Inc. We spent the previous episode talking about Cheryl’s top successes, and in this episode, we’re going to jump over to the list of setbacks she identified as important to how she grew as a professional and a Christian, even when in the moment, these setbacks hurt. 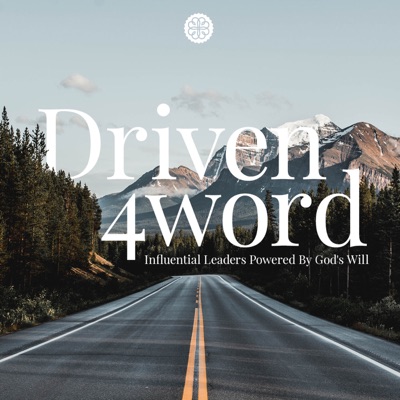 'I'm proudest of the opportunity to live out servant leadership.' - Cheryl Bachelder: Part 1

The influential leader we will learn from this month is Cheryl Bachelder. Cheryl built a highly successful career with companies like LifeSavers, Domino’s, and Popeyes, but a career in business was not what she originally envisioned for herself when she started college. In this episode, Cheryl and I talk through successes that she considers are defining to who she became as a professional Christian woman and who she is today. 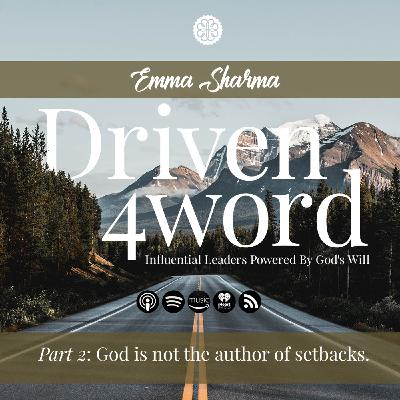 'God is not the author of setbacks.' - Emma Sharma: Part 2

In the last episode, we met Emma Sharma, founder of Swallowtail Group. Emma shared about how a personal success of becoming an attorney quickly morphed into something of a setback as she realized it was not the direction she felt called to, and how she was able to focus on the positives and move her setback back in a successful direction more in line with what God ultimately had in store for her life. In the rest of our conversation, listen as Emma explains how key it is to remember that creating with God is always a recipe for success, and how we as Christians should stay humble and hungry to experience every emotion we are able to while we are on this Earth, good or bad. 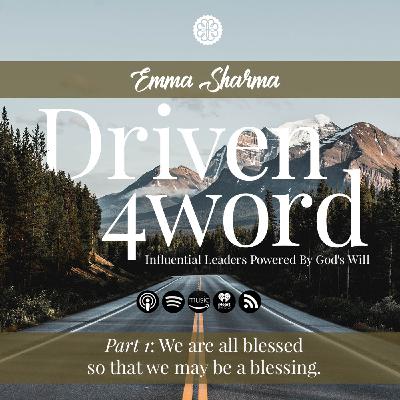 'We are all blessed so that we may be a blessing.' - Emma Sharma: Part 1

The influential leader we will learn from this month is Emma Sharma. Emma is one of those people that you listen to and quickly understand just how important her faith is to everything she does. With a diverse background full of unique opportunities and years of high-level experience, Emma is a vast source of expert knowledge for the workplace, and an equally deep source of spiritual and personal guidance, stemming from many years of experiencing the highs and the lows that life brings all of us. 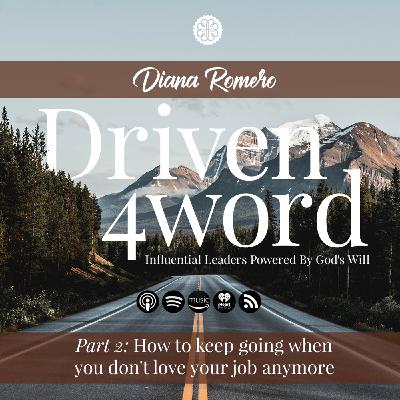 How to Keep Going When You Don't Love Your Job Anymore - Diana Romero: Part 2

In the last episode, we met Diana Romero, founder and CEO of Integrated Purpose Management, and Diana talked through some of her greatest successes and achievements. In this episode, we shift direction and walk through a few times her life has been thrown into a setback, and what she did to make it through to the other side. 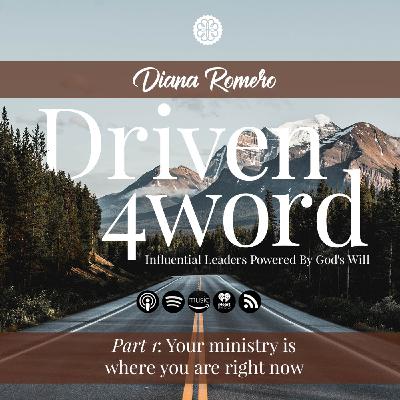 Your Ministry is Where You Are Right Now - Diana Romero: Part 1

The influential leader we will learn from this month is Diana Romero. And we will also be shaking things up a bit. We acknowledge that hearing the stories of aspirational and influential women is truly inspiring, but we also want to make sure that you, our listener, is coming away from our podcast having learned something or been inspired to take a next step on your personal journey. For the rest of this year, we will still be talking to these amazing women but I will be having them talk us through their greatest successes AND their greatest setbacks in their life, with the goal to give you hope and motivation to keep pushing on in your career and your life.    Listen as Diana shares what she considers to be successes in her life. 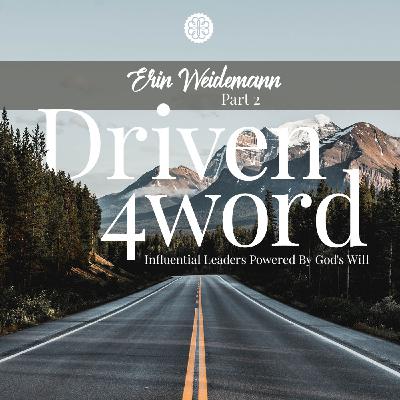 In the last episode, we met Erin Weidemann, founder of Truth Becomes Her and best-selling author of the Bible Belles series. Erin’s success today is born out of her innate desire to see a dream become reality, but the journey she had to take to get to where God ultimately had plans to use her to grow His kingdom was an interesting one to say the least. And there’s nothing that Erin would go back and change today. 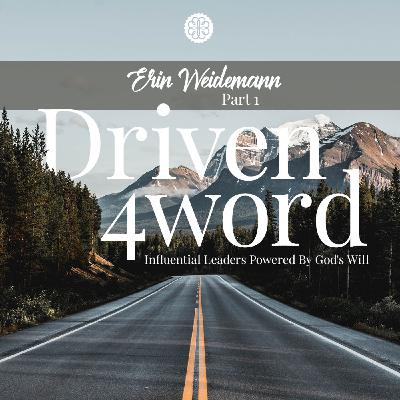 The influential leader we will learn from this month is Erin Weidemann. Performance-driven from a young age but also fiercely guarded, Erin shares how her dream of a college softball scholarship dictated every step of her school years, while her faith grew less significant until it faded away completely during her high school years. But God still had plans to use Erin, and when He had her attention, incredible things began to fall into place. 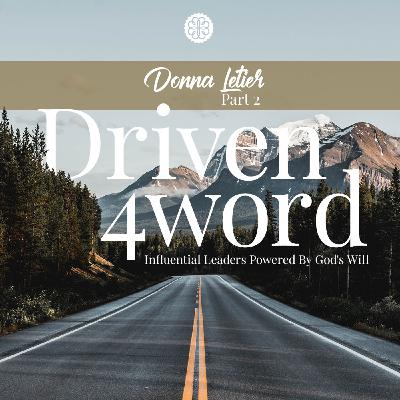 In the last episode, we met Donna Letier, co-founder and CEO of Gardenuity. Being an entrepreneur suits Donna’s strong drive to succeed and make a difference in the world, but she will willingly admit that it takes equal willpower to practice what she preaches through the mission of Gardenuity. Through the influential kindness of a former boss and beloved mentor, as well as being a mother to two girls and dealing with the “life/work balance” conundrum that we can all relate to, Donna has come to understand that self-care and recognizing and cherishing the source of true joy in each of our lives are crucial to being successful and fulfilled. 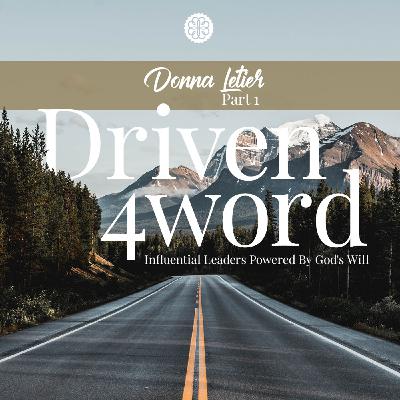 The influential leader we will learn from this month is Donna Letier. You will catch on fairly quickly to the fact that from an early age, Donna has not been afraid to go after something. Her father worked in the oil industry which meant Donna and her family moved all over the world, a situation which gave her a love for everyone and a desire to always go after what she felt would bring joy and accomplishment to her life. 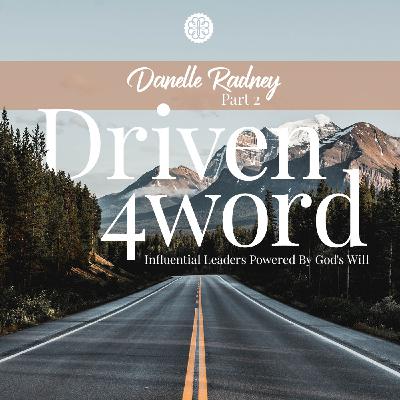 In the last episode, we met Danelle Radney, director of corporate strategy and health equity at Davita. Growing up with parents in full-time ministry meant Danelle’s relationship with God started at a very young age, but throughout her personal and professional journey, Danelle often found herself needing to hit pause on her tireless drive to help others grow and achieve, and ensure that she was still following the roadmap God had placed before her to become the greatest influence for His kingdom. 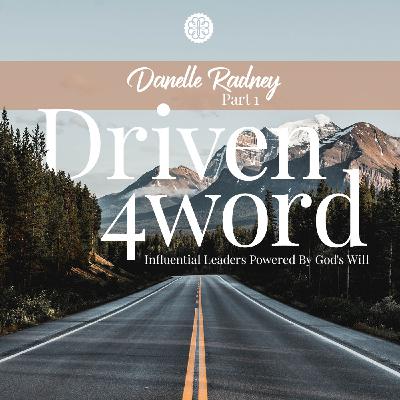 The influential leader we will learn from this month is Danelle Radney. The oldest of three girls and the daughter of two parents in full-time ministry, Danelle’s early years in Detroit and Minneapolis were full of hands-on ministry opportunities and exposure to multiple cultural communities. From a young age, Danelle leaned into an innate drive to succeed and make a difference in the world, and while this helped open doors for her, it also caused her to realize that God’s way truly is the best way.  Listen as Danelle begins her story. 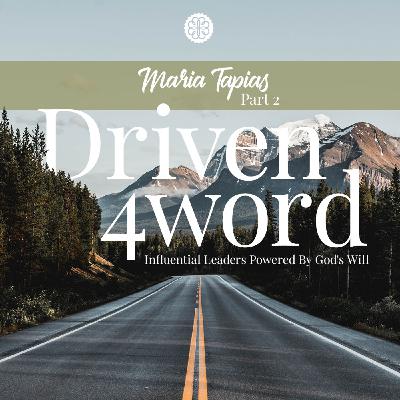 In the last episode, we met Maria Tapias, co-founder of The Voice Society, an advertising firm located in Dallas, TX. We learned about how Maria came to the US from Colombia, and how her parents’ divorce and being raised in a new country by a single mom molded the trajectory for Maria’s life and career. When she left Florida—the state she had called home for years—and dove feet first into the new and vibrant life New York City had to offer, Maria began to truly see her professional dreams come true, but always had her questions about true religion and faith lingering in the back of her mind. And it wasn’t long after she moved to Texas to help manage a new client that God would finally become real to Maria. 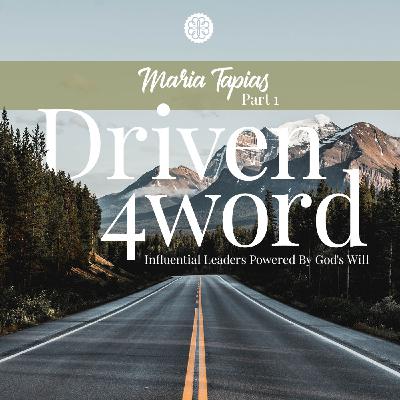 The influential leader we will learn from this month is Maria Tapias. A highly-successful marketing professional living in the Dallas area, the Maria Tapias of today is a night and day difference from the little girl who was born in Colombia and ultimately raised in Miami. Even though she grew up in a religious family, Maria wrestled from an early age with questions about what a genuine relationship with God should look and feel like. Click here for more info: https://4wordwomen.org/driven-4word-podcast/maria-tapias-part-1/ 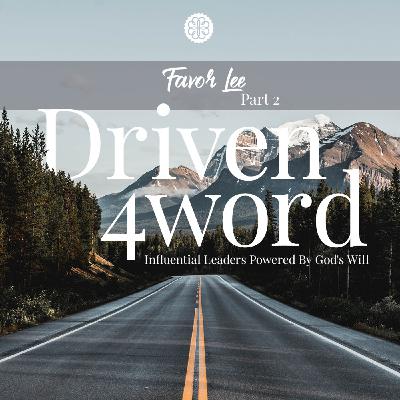 Listen to Part 2 of Favor Lee's journey to finding a beautiful way to join all areas of her life together under the umbrella of faith. 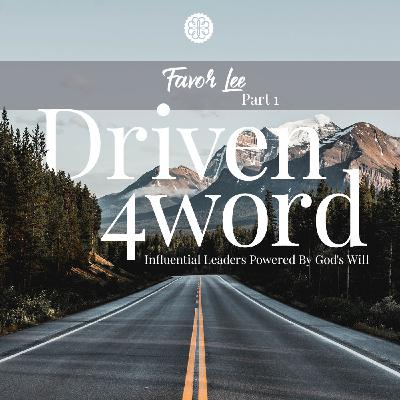 Welcome back to Driven 4word: Influential Leaders Powered By God's Will. Join us each month as we share the life story of an influential leader who humbled themselves to God's plan for their life and embarked on a journey that only He could orchestrate. The influential leader we will learn from this month is Favor Lee. From a difficult childhood in Saipan and Korea to her current role as Director of Business Development at EisnerAmper in Dallas, TX, Favor’s story is absolutely one you will come away from feeling inspired to keep pushing and never let go of your grip on God’s hand. One thing that you will hear immediately is the joy and positivity in Favor’s voice, and that truly comes from her heart. As you hear about the beginning years of her life, it will become so apparent that God has always had big plans for her.Click the link to view the episode page: https://4wordwomen.org/driven-4word-podcast/favor-lee-part-1/ 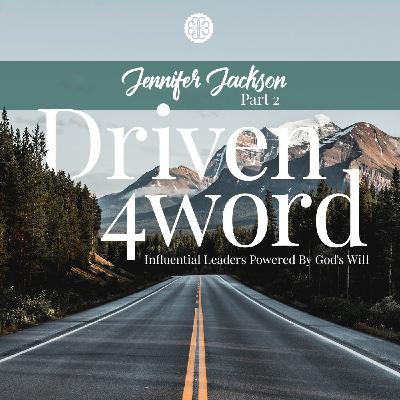 In the previous episode, we met Jennifer Jackson, an entrepreneur and distinguished leader in the legal technology industry. Though her professional life has been highly successful and rewarding, her spiritual walk didn’t come into its own until she was in her thirties. As she grew in her faith and began to identify all the points in time that God had been right there beside her, Jennifer started to really see and value the impact that being an influence on others can have. 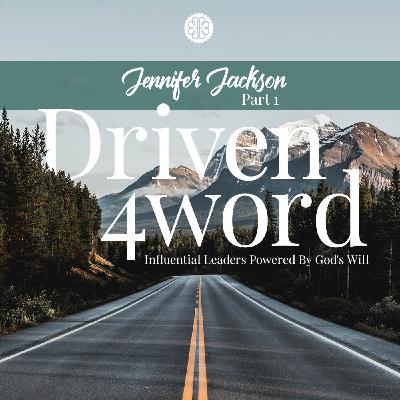 This month, we're sharing the story of influential leader and entrepreneur, Jennifer Jackson. Though she now calls Atlanta, GA, home, she is originally from Huntsville, AL. The only child of two scientists, Jennifer had to learn early on how to fend for herself, as she navigated her parents’ divorce and the demanding expectations of their careers. A self-called latchkey child, Jennifer quickly became outgoing, inclusive, and entrepreneurial. While none of those are bad traits, she still felt like she was missing something. 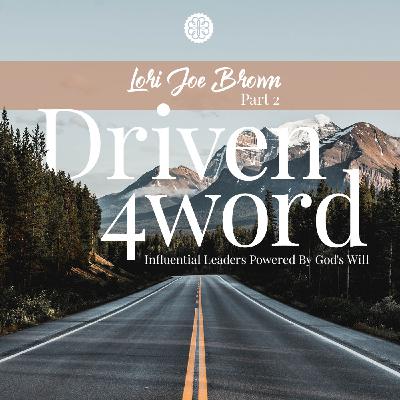 In the previous episode, we met Lori Joe Brown, a Senior Manager within the Global Field Enablement Team at American Express, and she shared about her childhood in Brooklyn, how her parents’ divorce shifted her whole life, and how she stayed true to her dream of being a professional.Listen to the conclusion of Lori's story below to hear why she thinks it's so important to find connection in the workplace, and what has driven her forward as she's traveled God's path for her life.For more information about Lori, click this link: https://4wordwomen.org/driven-4word-podcast/lori-joe-brown-part-2/ 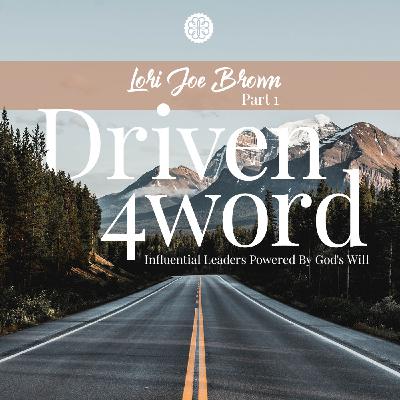 This month's influential leader story is that of Lori Joe Brown. Born and raised in Brooklyn New York, Lori grew up in a diverse community and as a pastor’s daughter, she grew up in the church and flourished in her time there. But then her parents divorced, right as Lori was about to enter her teenage years, and the shift in her family caused Lori to question everything. Listen to Lori as she starts from the beginning and opens up about how God began working in her life.For more information about Lori, click this link: https://4wordwomen.org/driven-4word-podcast/lori-joe-brown-part-1/
See More
Comments