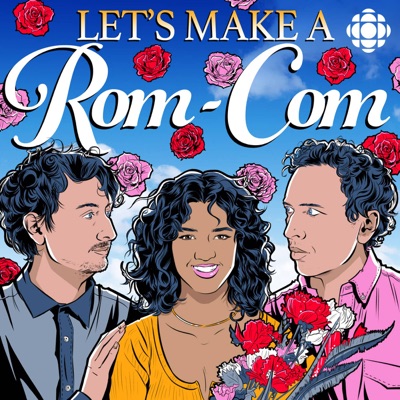 Can three comedians write a heartfelt rom-com script? Let’s Make A Rom-Com takes you inside a real writers’ room, where Maddy Kelly, Mark Chavez and Ryan Beil get (semi-)serious about love. Coming February 14 wherever you get your podcasts. 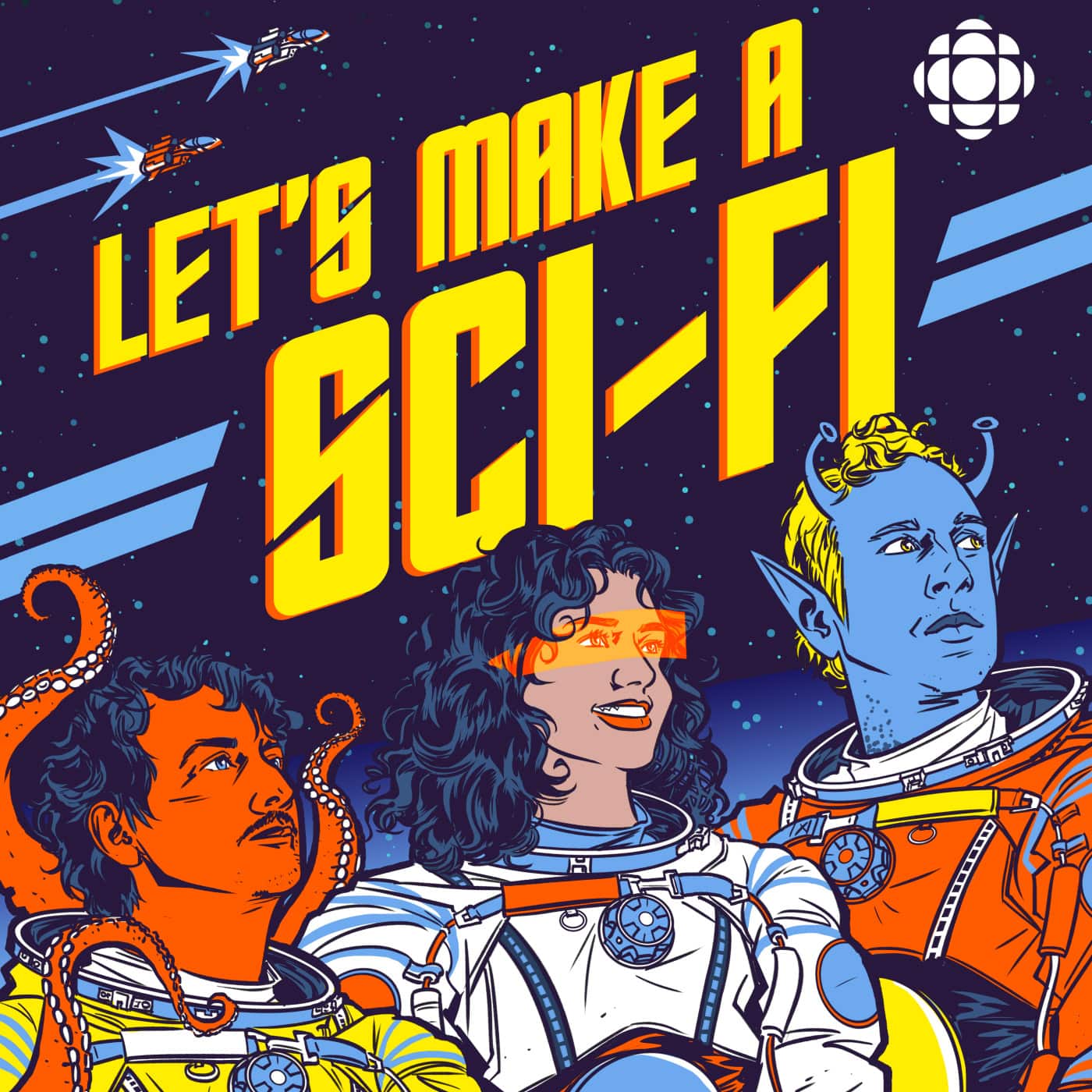 Mark, Maddy, and Ryan listen to the table read of their pilot. They reflect on what worked, what didn’t, and what was the most embarrassing. They also pitch each other on what genre they’ll tackle next.

Ryan, Mark, and Maddy send their script to an important, scary Hollywood executive for review. Podcaster-turned-TV writer Paul Bae drops by to reassure the comedians that they can survive the feedback process. With only days before actors read their script, executive producer Kerry Appleyard (Orphan Black) gives Ryan, Mark, and Maddy her notes—triggering major rewrites.

Ryan, Mark, and Maddy write their first draft, but after reading it aloud to each other they worry they’ve strayed galaxies far, far away from their serious goals. Comedy legend Rainn Wilson (Galaxy Quest, Star Trek: Discovery, The Office) helps the comedians find a balance between humour and hard science fiction.

Before diving into their first draft, the comedians map out the plot of their pilot and try to untangle the deeper messages they want their script to tackle. Screenwriters Jose Molina (Firefly) and Neill Blomkamp (District 9) assist, sharing their secrets on writing sci-fi plots with real-world purpose.

The gang has their world and their characters, but is there enough science in the fiction? They pit their concept against all-star experts—astrophysicist Neil deGrasse Tyson, “Bad Astronomer'' Phil Plaitt, and Hollywood science advisor Mika McKinnon (Sharknado) — to determine whether the pilot makes scientific sense. And when the science doesn’t check out, they get the experts to create some that does.

Ryan, Mark, and Maddy pitch their premise to showrunner Simon Barry (Continuum)—only to be told they have a big problem: they don’t have any characters. They explore what makes a compelling character with screenwriting professor Kat Montagu and fill their generational ship with… generations! They also crystalize their protagonist: Kirby.

Ryan hosts a sci-fi movie marathon for inspiration. Director Neill Blomkamp (District 9) and critic Emily VanDerWerff (Vox) advise on how to create engrossing fictional worlds. The gang develop their universe and even design a spaceship—but is world-building the right place to start?

Ryan, Mark, and Maddy talk to producers Catherine Winder (Star Wars) and Jem Garrard (Vagrant Queen) and learn how to identify great story ideas. Then, they pitch each other concepts for their science fiction pilot and land on a winning idea.

3 episode and I want to see this come to life