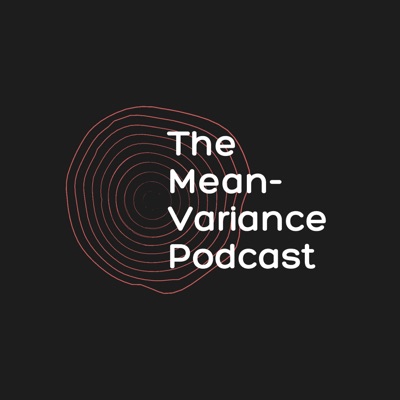 This week we discuss the great recession & inflation chronicles that keeps fueling market volatility and create a puzzling macro environment, as well as the massive energy crisis in Europe that finds itself stuck in a stagflation period for the foreseeable future.This podcast is brought to you by the University of Neuchâtel Finance Association. The UNFA is a student-run organization formed to promote the exchange of ideas between industry professionals and students. In cooperation with distinguished companies and institutions, the association aims to provide opportunities for students to gain insights into the various career options in the financial sector. Get in contact with us on LinkedIn @ University of Neuchâtel Finance Association, we’re looking forward to hearing from you.

Europe's (credit) market incoming implosion, Recession calls growing louder in the US, Patek and AP's return among the bests.

We are back ! On the menu for this episode, we discuss:- European credit market implosion incoming, partly due to fragmentation on Italian bonds that have seen their yield climb 3 full percentage points since the beginning of 2022, along with a myriad of challenges lying ahead for all economies of the old continent. - Recession calls growing louder in the US as the 2Y-10Y has inverted yet again, as well as what many CEOs are telling us about extremely complicated business conditions, from Elon Musk to Jamie Dimon and its “economic hurricane” call.- Finally, one of the only positive investments in the last 12 months, which is actually an alternative investment, as the Subdial50 index, which tracks global market prices for the 50 most traded luxury watches, has posted an impressive 40% return in the last 12 months. That puts pre-owned luxury watches ahead of a slew of other alternative asset investments, including vintage cars, up about 20%.Unfortunately we do not record in our university's studio anymore, meaning audio quality won't be as good as it used to, we apologize for that.

Let’s continue our mini-series on Blockchain & Crypto by exploring the Cryptoassets world this week with Essa Mustafa and Nikolaos Tsianakas. Perfect timing to discuss the Terra LUNA and crypto market crash as well.

This week we are taking a little detour with a mini-series on Blockchain and Cryptoassets, and have a discussion on Blockchain technology, as well as shortly discussing the markets going down after the FED meeting. With Essa Mustafa and Nikolaos Tsianakas.

Y'all got any more of that volatility ?, mega-caps earnings in a pickle w/ Drilon, Essa and Nikos

This Monday we discuss the past week market insanity that saw wild moves up and down. Not only for mega-caps that saw their earnings on tap, but also for broad market indices.With Essa Mustafa, Nikos Tsianakas and Drilon Bajrami.

Along with Essa, we discuss the rough ride ahead for the Bond Market, Netflix shares plunging more than 35% after their first loss of subscribers in a decade, as well as an update on our friendly trading competition.

This week, Theo, Drilon, and Roman, have a discussion falling upon the effects of the Ukraine war on the stock market, Twitter following the purchase of a 9.2% stake by Elon Musk, and Risk Parity portfolios as an investment strategy.