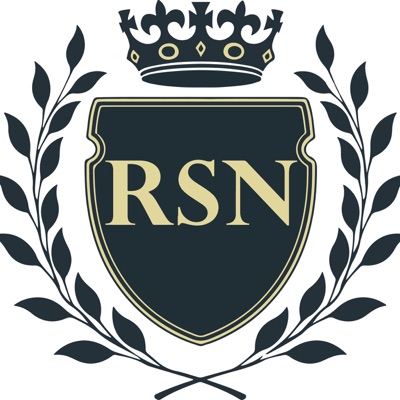 Monarchy and Money: Examining the Resources & Revenues of Royal Women in Premodern Europe

This week we talk to Cathleen Sarti and Charlotte Backerra, co-founders of the Queen's Resources international research project investigating the economic agency and activities of royal women in premodern Europe. In monarchies, power, law, finances, and economy were and are intertwined aspects of the royal household. Analysing the economic and financial resources of a monarchy, a dynasty or a court therefore also has implications for assessing the development of a realm or a state. Although historical research has considered monarchical rule at courts in general, there is still a need to analyse the administration of money and resources at court, the decision making behind patterns of expenditure and resource utilisation, and the strategies of royal investments.Links:https://www.queensresources.org/http://monarchy-money.org/https://www.queensresources.org/post/4-6-september-the-queen-s-resources-registration-open

This month we discuss the latest Royal Studies Journal Special Issue 9.1 June 2022 with special editor Dustin M. Neighbors, University of Helsinki: "Beyond the Public/Private Divide: New Perspectives on Sexuality, Rituals, Hospitality, and Diplomacy within Royal Space".  Dr Neighbors is a recently appointed as postdoctoral researcher for The History Lab project at Aalto University, and a visiting researcher at the University of Helsinki. He also serves as the administrative officer, digital content manager and coordinator of the digital seminar series for the Royal Studies Network.  He began his undergraduate studies in the southern USA and earned his BA in History and Sociology from Georgia State University. He received his MA in Early Modern History from the University of East Anglia in 2012 and immediately began his doctoral research at the University of York.   Dr Neighbors doctoral thesis, titled “‘With my rulinge’: Agency, Queenship, and Political Culture through Royal Progresses during the Reign of Elizabeth I”, focused on royal progresses as fundamental instruments used to negotiate power between the ruler and the ruled, and craft spectacles of authority, particularly through ceremony, ritual, recreational activities, and visual displays both in public and private spaces.​His current research builds on the negotiation of power and the intersection of politics and culture that were central themes of his doctoral research. At the Centre for Privacy Studies, he examined the private and public nature of early modern German courts through the cultural activities, spectacles, and royal progresses (itinerant monarchies). Dustin's current research aims to highlight how the cultural activities and practices, primarily hunting, straddled the boundaries of the public/private divide, and shaped female agency, facilitated royal/electoral authority, influenced European political culture, and affected foreign relations. ​He previously served as a postdoctoral research assistant with Historic Royal Palaces researching the royal progresses of Henry VIII. His research was the basis for the successful AHRC Network Grant for “Henry VIII on Tour: Tudor Palaces and Royal Progresses.” Additionally, he served as Chief Layout Editor for the Royal Studies Journal for four years.   You can contact Dr Neighbors via the Royal Studies Network and via Twitter @Historyboy30  Access the latest Royal Studies Journal Special Issue here: https://www.rsj.winchester.ac.uk/24/volume/9/issue/1/Website: https://www.rsj.winchester.ac.uk/about/Twitter: @royalstjournalFacebook: @Royal Studies Journal

In this week's podcast we speak to Dr. Cindy McCreery, Senior Lecturer in the Department of History at the University of Sydney, Australia, about her lead in Modern Monarchy in Global Perspective Research Hub. https://global-modern-monarchy.sydney.edu.au/ and the convening of  an international conference online: “Going Platinum: Australian responses to the reign of Queen Elizabeth II, 1952-2022” from 20th-22nd June: https://global-modern-monarchy.sydney.edu.au/going-platinum-conference/ Dr. McCreery's current major research focus is monarchy and colonialism. With her colleague Robert Aldrich she has edited three volumes in Manchester University Press’s Studies in Imperialism series: Crowns and Colonies: European Monarchies and Overseas Empires (2016), Royals on Tour: Politics, Pageantry and Colonialism (2018), Monarchies and Decolonisation in Asia (2020), as well as a special issue of the Royal Studies Journal on twentieth-century British royal tours of the Dominions (2018). With Falko Schnicke and Robert Aldrich she is editing a forthcoming Oxford University Press volume entitled Global Royal Families. She is now working on nineteenth and early twentieth-century global royal travel, examining the journeys of King Kalākaua of Hawai’i, Prince Alfred, the teenage Princes Albert Victor and George, as well as the adult George and his wife Mary (Duke and Duchess of Cornwall and York, later King George V and Queen Mary) of Great Britain.@DrCindyMcCreery@Monarchy_Global

In this week's podcast we talk to Estelle Paranque about her new book covering two amazing women from history - Elizabeth I and Catherine de' Medici.Estelle Paranque is an Assistant Professor in History at NCH at Northeastern (London campus). She has participated in several international historical documentaries on TV, including BBC Two's The Boleyns: A Scandalous Family (aired in August 2021), where she shared her knowledge of Anglo-French relations under Henry VIII's reign. She has also participated in Secrets d'Histoire (France 2/ France 3) as well as the history podcasts, HistoryHit, Not Just the Tudors, and Talking Tudors. She has extensively published on the Tudors and the Valois and is the author of Elizabeth I of England Through Valois Eyes(Palgrave Macmillan, 2019).www.estelleparanque.com@DrEstellePrnqPurchase Estelle's latest book here:https://www.amazon.co.uk/Blood-Fire-Gold-Elizabeth-Catherine/dp/1529109221/ref=mp_s_a_1_1?crid=229PA72DOLYKU&keywords=estelle+paranque&qid=1654783655&sprefix=%2Caps%2C47&sr=8-1

Dr. Gabrielle Storey hosts part 2 of this fascinating round table discussion - Memorialising Pre-Modern Monarchs.Links to the works discussed in this podcast can be found below:https://link.springer.com/book/10.1007/978-3-030-84130-0https://www.bloomsburycollections.com/book/the-middle-ages-in-modern-culture-history-and-authenticity-in-contemporary-medievalism/ch7-malevolent-and-marginal?from=searchhttps://www.bloomsbury.com/us/inventing-eleanor-9781441141354/https://www.taylorfrancis.com/chapters/edit/10.4324/9781351035149-15/catherine-great-elena-teibenbacherhttps://www.routledge.com/Disability-and-Art-History/Millett-Gallant-Howie/p/book/9780815392132

This month we talk to Dr Rachel Delman about her Royal Studies Journal prize winning article and her wider work on royal women and architectural patronage.Almost two hundred years before Inigo Jones completed the Queen’s House for Henrietta Maria at Greenwich, another French-born queen consort of England had established the first queenly household there. In 1447, Margaret of Anjou acquired the riverside residence of Humphrey, Duke of Gloucester, on what is now the site of the Old Royal Naval College. Over the next five years, the Queen commissioned a substantial programme of building works at the site, which transformed the existing manor house into a royal palace. Margaret’s reputation and exercise of power have been widely discussed, yet little consideration has been given to her building activities, and their broader implications for our understanding of her gender role as consort. Through its examination of the location, layout, and design of Margaret’s palace, this article sheds new light on the ways in which the Queen deployed the built environment to articulate her power and status. More broadly, it contributes to scholarship on royal women’s patronage and curation of domestic space, and that concerning the role of queens as agents of cultural transfer.

This week we talk about Royal Jubilees past and present with Dr. Carolyn Harris.
See More
Comments