Ian Amit is an executive manager in the security and software industry with vast experience in multiple fields - from enterprise security, through retail, to end-user software, large back-end systems, corporate security policy, regulatory compliance, and strategy. He has spoken at various customer-focused seminars such as DEFCON, RSA, BlackHat, BSides, and many more.  LinkedIn: https://www.linkedin.com/in/iamit/ DEFCON: https://defcon.orgBSides: https://bsideslv.org 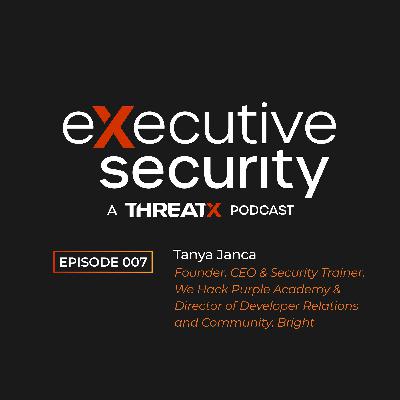 Tanya Janca, also known as SheHacksPurple, is the author of ‘Alice and Bob Learn Application Security’. She is also the founder of We Hack Purple, an online learning academy, community and weekly podcast that revolves around teaching everyone to create secure software. Tanya has been coding and working in IT for over twenty years, won numerous awards, and has been everywhere from startups to public service to tech. She values diversity, inclusion, and kindness. LinkedIn: https://www.linkedin.com/in/tanya-janca/ Jobs in InfoSec: https://shehackspurple.ca/2022/01/01/jobs-in-information-security-infosec/  We Hack Purple Community: https://community.wehackpurple.com/ #CyberMentoringMonday: https://twitter.com/search?q=%23CyberMentoringMonday&src=typed_query&f=live 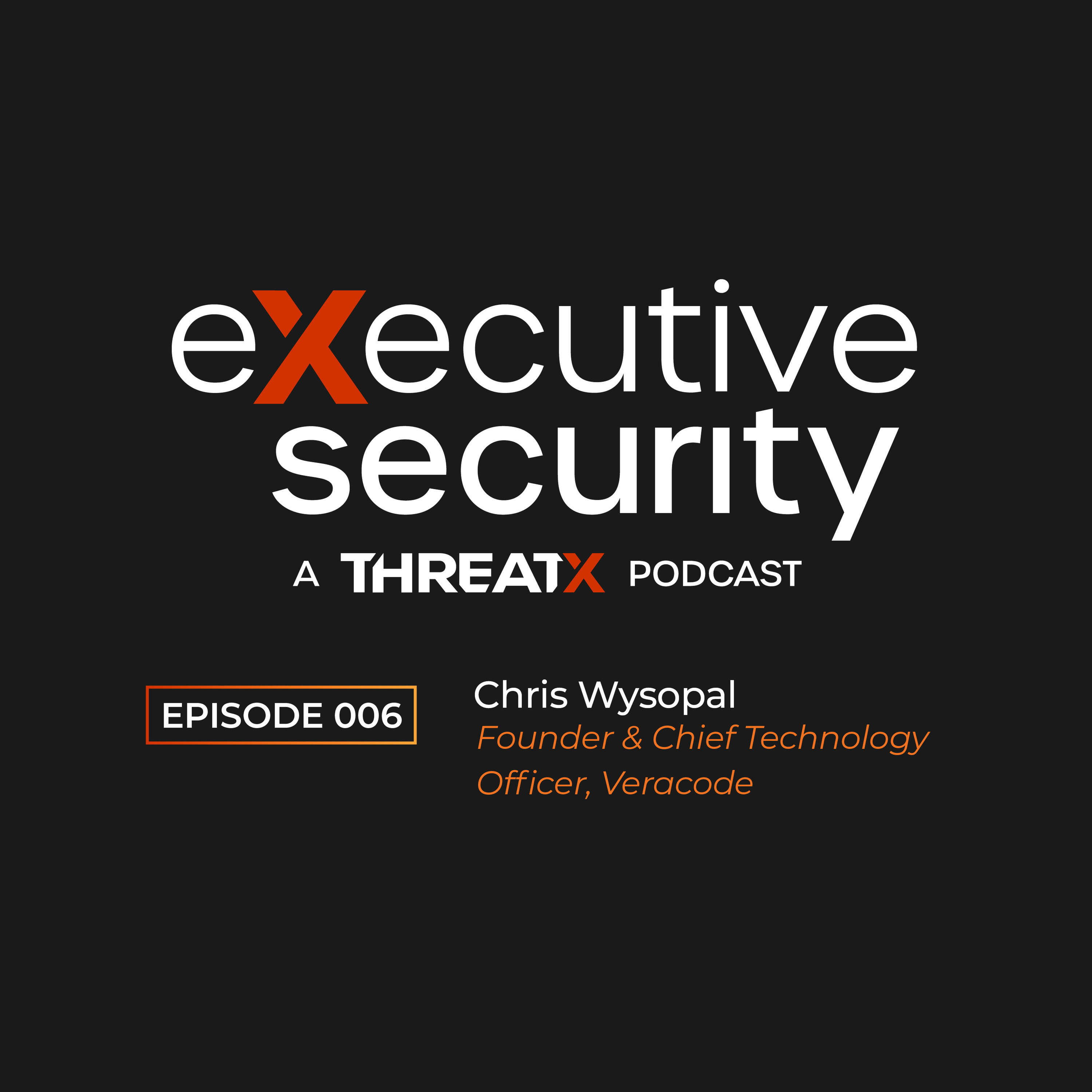 Chris Wysopal is Co-Founder and Chief Technology Officer at Veracode, which pioneered the concept of using automated static binary analysis to discover vulnerabilities in software. In the 1990’s, Chris was one of the original vulnerability researchers at The L0pht, a hacker think tank, where he was one of the first to publicize the risks of insecure software. Chris started his career as software engineer that first built commercial software and then migrated to the specialty of testing software for vulnerabilities. He has led highly productive and innovative software development teams and has performed product strategy and product management roles. Chris is a much sought-after expert on cybersecurity. He has been interviewed for most major technology and business publications, including New York Times, The Washington Post, WSJ, Forbes, Fortune, AP, Reuters, Newsweek, Dark Reading, MIT Tech Review, Wired, and many networks, including BBC, CNN, ABC, CBS, CNBC, PBS, Bloomberg, Fox News, and NPR. He has keynoted cybersecurity and technical conferences on 4 continents.Link: Chris Wysopal LinkedInLink: Cult of the Dead Cow by Joseph Menn Why Being Curious, Connected, and Collaborative Are Key to Success With David McLeod of Cox Enterprises 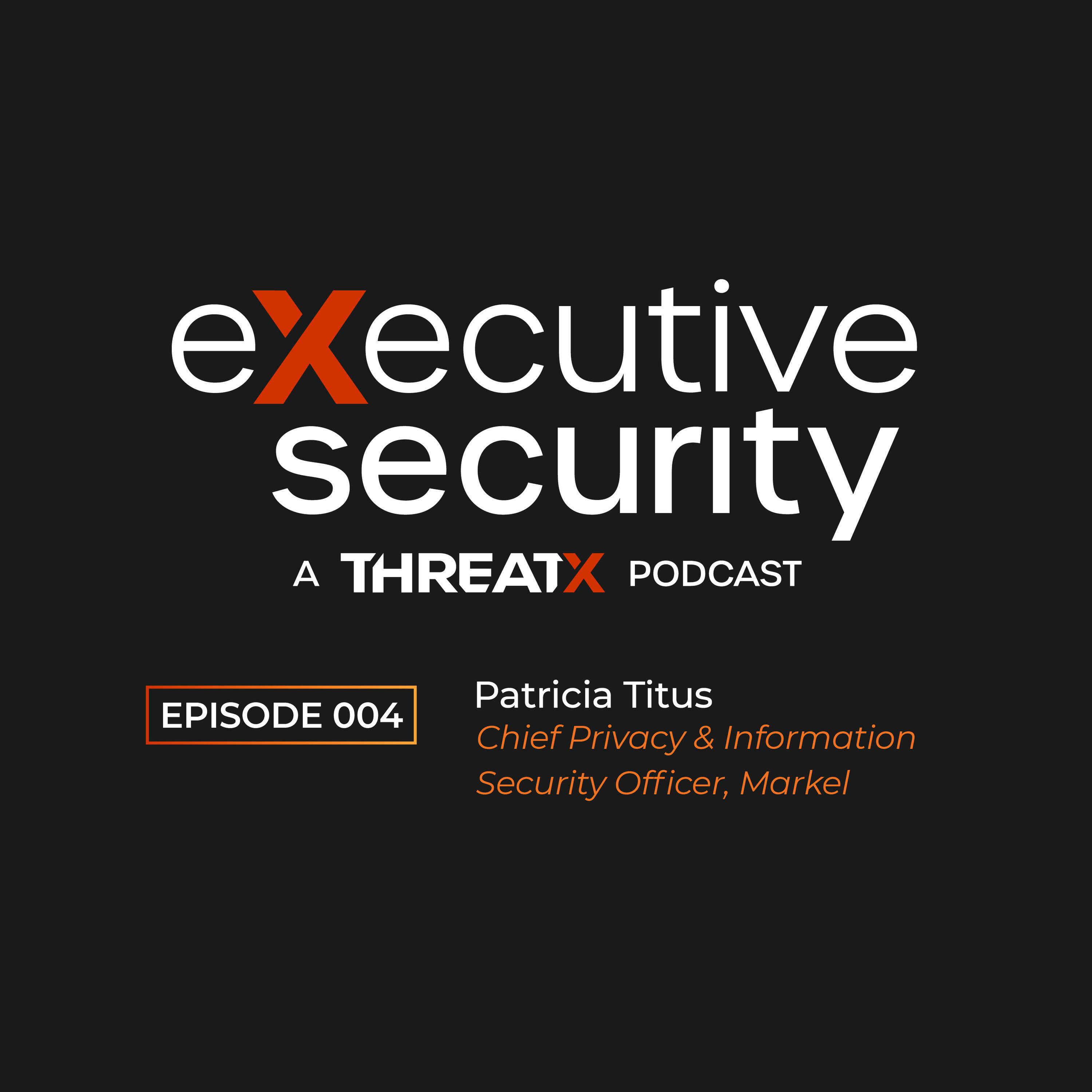 Patti Titus is the Chief Privacy and Information Security Officer at Markel Corporation. She also serves on the Board of Directors for Black Kite and the Girl Scouts of the Commonwealth of Virginia. She was recognized as a 'Woman of Influence' by the Executive Women’s Forum in 2009 and the Silicon Valley Business Journal in 2013.Patti has held numerous leadership positions in the cybersecurity industry, including at Freddie Mac, Symantec, Unisys Corporation and the Transportation Security Administration within the Department of Homeland Security.Patricia's LinkedinSANS Institute 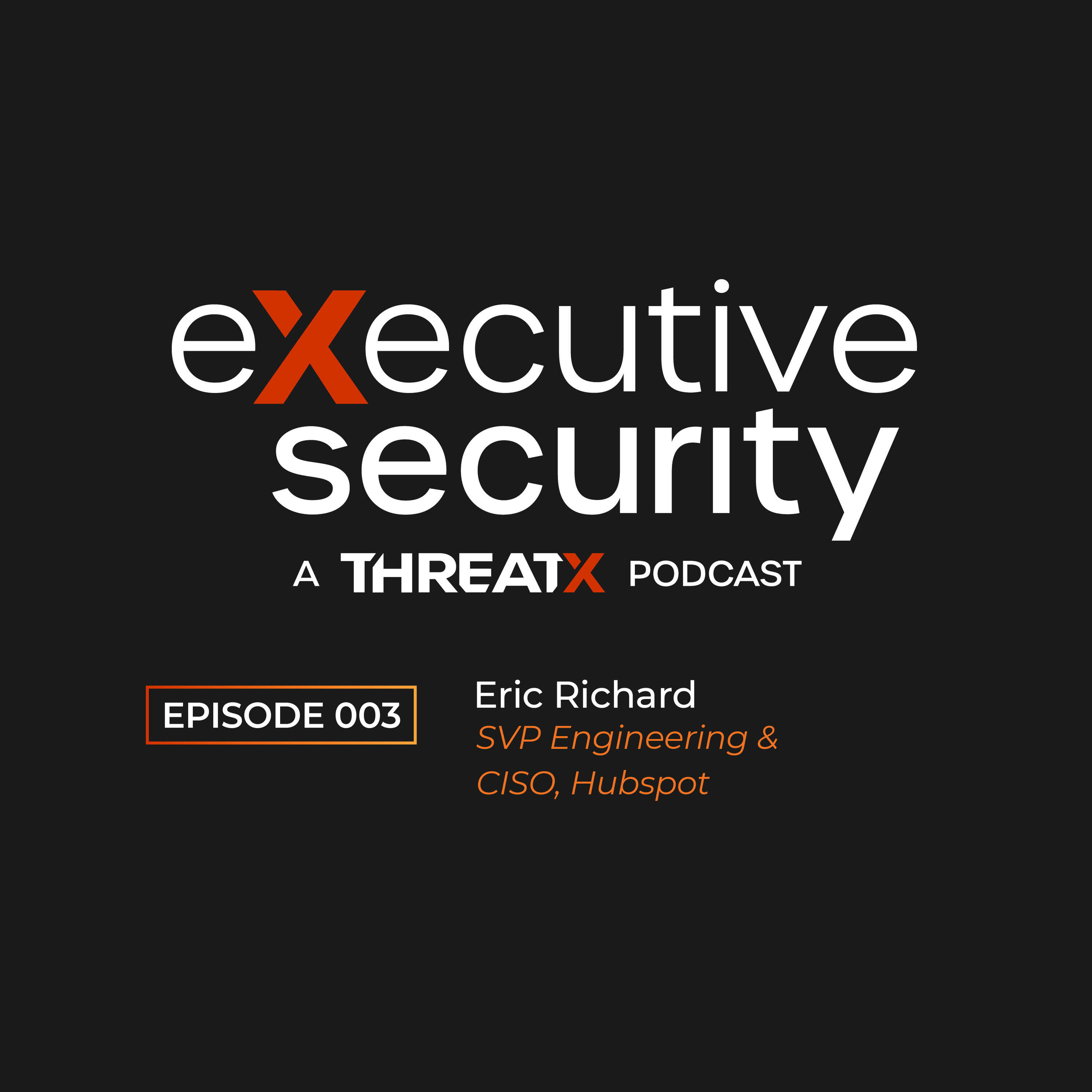 Building Autonomy and Diversity at Hubspot with Eric Richard 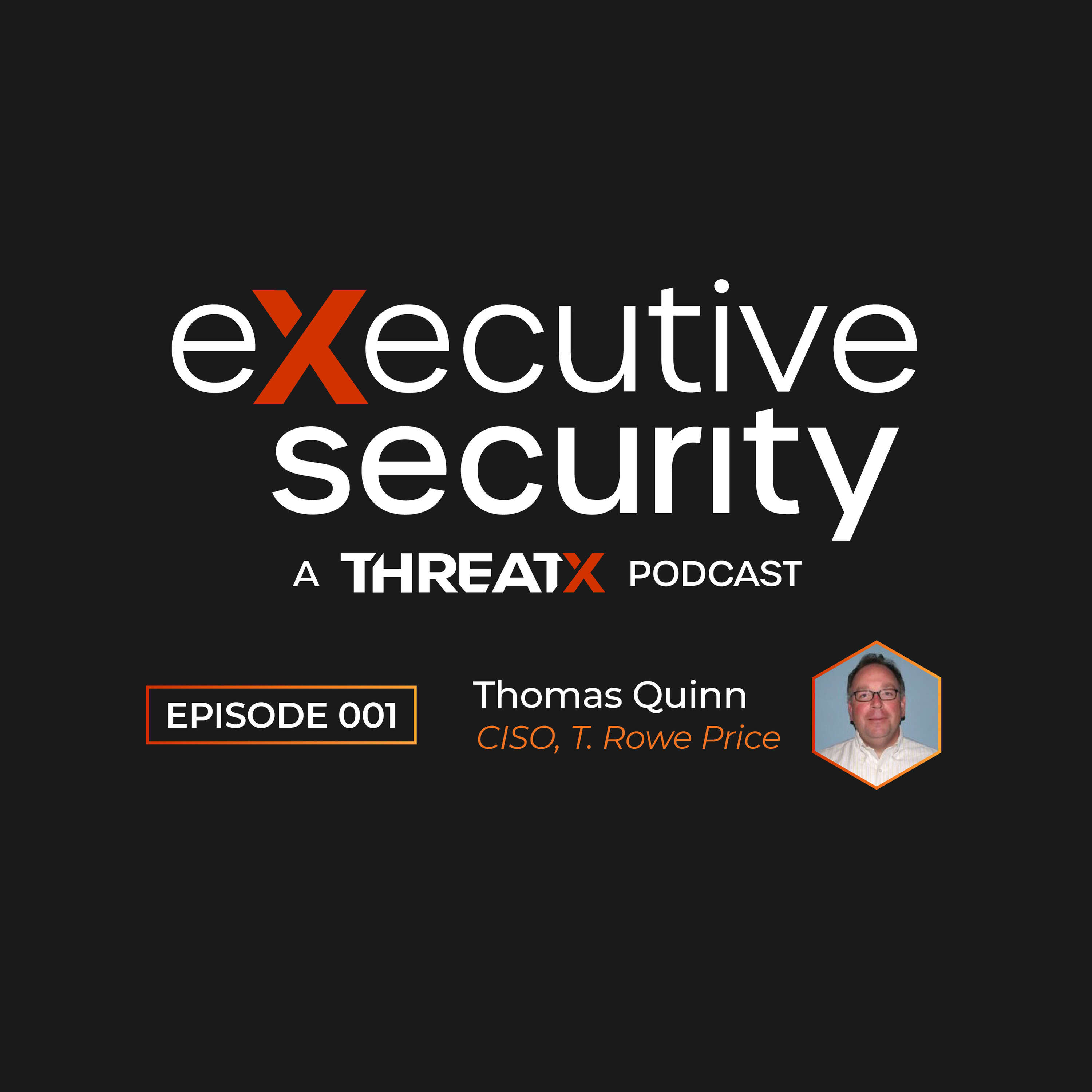 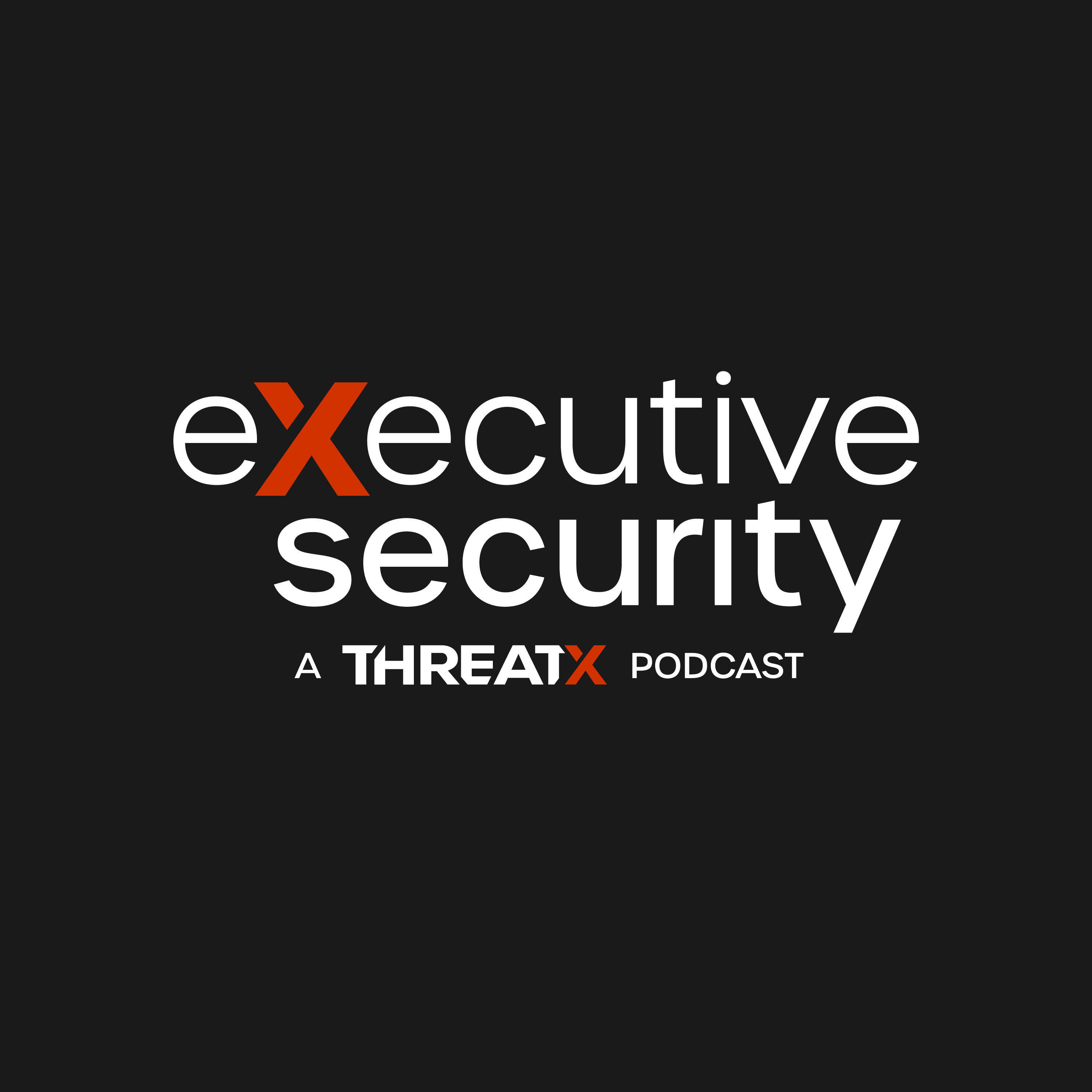 Hello and welcome to the eXecutive Security podcast where we talk to CISOs and other leaders in cybersecurity about a career in this industry, specifically how to get into it, and how to advance. My name is Gene Fay and I'm the CEO of ThreatX an API security company and the host of the eXecutive Security podcast.I started this podcast because of my two passions, cybersecurity and helping people find jobs in cyber. Over the last 17 years, I've been blessed to meet so many amazing people within this industry. People who taught me not only about cybersecurity, but how to be a great leader. For a while I've been thinking about how I can give back to the cybersecurity industry, which has been so good to me.Also, I've been thinking about what I've learned from great leaders in this space, and I can share this knowledge with a lot of people. So this [00:01:00] is how this podcast was started. If you were just thinking about getting into cybersecurity and want to learn how to get started, or if you're in the field and aspire to be a manager, VP, or CISO, this podcast is for you.I hope you enjoy it. If you have any suggestions on guests or topics you want us to cover in the future, please send me an email at genedotfayatthreatxdotcom. Thanks a lot and I hope you enjoy the podcast.
See More
Comments