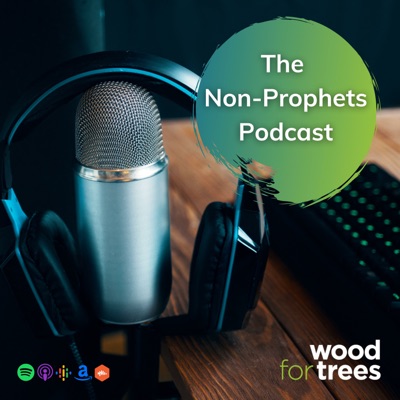 Welcome to The Non-Prophets Podcast from award-winning data analysis and systems agency, Wood for Trees. Join Consultant Analysts, Rob Dyer and Stephen Brown, as they debunk myths, unravel challenges and discover opportunities using data and insight, particularly in the not-for-profit sector. In each episode, they explore the latest trends and their musings with other data experts and sector stakeholders.
Email: getinfo@woodfortrees.net
Website: woodfortrees.net
2 Episodes
Reverse 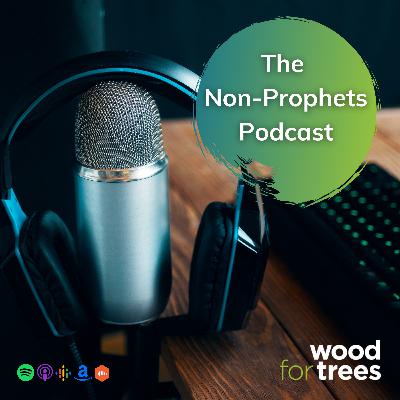 An exploration of data science

In this second episode, Rob and Stephen explore what data science is and its role in the charity sector with Wood for Trees Data Scientist, Kate Houghtaling.  Kate hails from New York State, where she studied Mathematics as an undergraduate at Hamilton College. After enjoying interning at her college, working with spreadsheet data, she wanted to move into more applied and technical maths, which led her to complete a Masters degree in Data Science at the University of Bath. And, luckily for us, she’s been working at Wood for Trees ever since!  Kate believes data science is the culmination of bringing together maths, statistics, computer science and domain knowledge. But contrary to how some may perceive data science, it doesn’t have to be complicated. Day-to-day, it’s working with datasets, problem solving and making future predictions based on data. The tools used may be advanced but more simple tools have a place too and you can even use pen on paper for some elements of data science. It can sound a lot more fancy than it is!  So, where does the role of a Data Analyst end and that of a Data Scientist begin? At Wood for Trees, it comes down to task allocation and what expertise may be best applied but there’s much cross-over. For example, the Python coding language is used in statistics and machine learning, and Tableau and Power BI are used in analysis. It’s all about picking the most appropriate tool and skillset for the job. One core difference is that data analysis is descriptive and historical whereas data science looks at forecasting and the future.  What’s important isn’t understanding the nuts and bolts of data science, but the outcome - what data science delivers. Kate believes a Data Scientist is only as good as their ability to explain what they do to others and adapting this to suit the audience. The underlying maths can be complicated but not everyone needs to understand it in-depth to grasp what it is. All you need to know is what the inputs and outputs are, and what to do with the results.  Stephen, Rob and Kate agree that people shouldn’t be data led, but data informed – the data tells you something but you’re in control of what happens next. Data is often understood and implemented but not monitored. So, models can go askew if left unchecked. You need to take responsibility - data and data tools aren’t immortal.  Kate goes on the explain some data science projects she’s worked on for charity clients since being at Wood for Trees, including creating decision trees and prediction models. She’s recently helped build the high-value prediction algorithm in InsightHub Predict (recently nominated in the Reimagining Fundraising Global Innovation Challenge 2022), which predicts which charity supporters are likely to become high-value donors. This began with 300 variables, which was gradually and methodically narrowed down to 10-20 filters to deliver meaningful results, which goes to show sometimes having less data can be more beneficial than too much.  With the charity sector not being as advanced in technology and having smaller budgets than some other fields, it’s all the more reason to streamline data and work with what you’ve got – we can meet you in the middle and go from there.  Kate ends by explaining what she loves about her data science role and working in the charity sector: “What we’re doing at Wood for Trees matters and it helps people, which drives and motivates me to create better data models. I love seeing how people are adopting more digital and technological skillsets over time and helping to bring modern solutions and applications seen in other fields to the charity sector. Data science is my talent and it’s great to use it in a space that’s helping others, in a sector where people are primed for learning and taking on opportunities to advance, to do more good work and make really impactful change.” 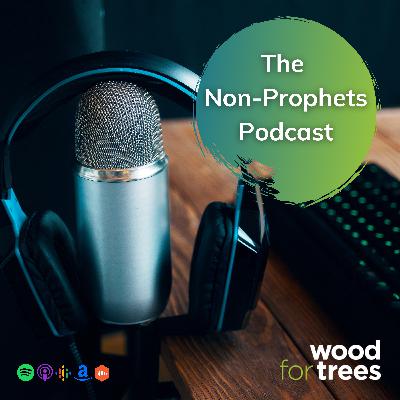 Barriers and breakthroughs in data

Welcome to The Non-Prophets Podcast from award-winning data analysis and systems agency, Wood for Trees. Join Consultant Analysts, Rob Dyer and Stephen Brown, as they debunk myths, unravel challenges and discover opportunities using data and insight, particularly in the not-for-profit sector. In each episode, they explore the latest trends and their musings with other data experts and sector stakeholders. In this first episode, Stephen and Rob interview Wood for Trees’ Managing Director, Jon Kelly. Alongside a rather eclectic career history, Jon has over 15 years’ experience working with charity data, which all began after playing a game of pool and sipping a pint of beer with a friend one evening… During this time, Jon’s seen a huge amount of change in the not-for-profit sector. Using data was relatively new back then and Wood for Trees fundamentally helped charities get up to speed. Now, many charities have data teams in-house and use data in more sophisticated ways – we like to think we’ve played a part in that shift! Jon believes the use of data and related technology will continue evolving, offering many new opportunities, with machine learning and data science coming to the fore along with increasing use of predictive modelling and marketing automation. However, questions asked now are often still the same. Charities still want help understanding their supporters and how to communicate with them better and often barriers to data are internal within organisations. Jon recommends rather than striving for perfection, start working with the data and systems you’ve got. Jon, Stephen and Rob discuss data gatekeeping by third-party platforms and the sharing of data and insight. Whose data is it, in the first place, to gain access to? Jon believes these barriers are beginning to come down and the benefits of sharing data are becoming more understood. Wood for Trees’ State of the Sector Reports share insight from the innovative InsightHub charity benchmarks and indicate a positive picture over the last few years. Charity income has grown across the sector despite challenges and motivations to give are still there, even in the cost-of-living crisis. Data analysed and shared within organisations offers proof points to move forward – whether that’s to prove what you can do or can’t do. For example, it’s been proven that by asking less from donors you can get more by being more strategic with what you ask of them. But to get the best out of data, knowledge sharing and building confidence is key at all levels and roles within the sector. Not only is there a changing demographic with donors, but there’s also a changing demographic within the not-for-profit workforce. Younger, more tech savvy people who’ve been brought up with digital and social media bring a huge amount of opportunity to the sector but it’s also important to strike a balance between new innovations versus tried and tested methods in decision making, diversifying and driving revenue. If you enjoy this podcast, please subscribe or follow and leave a rating or review on your podcast platform of choice. If you’ve any feedback or suggestions for future episodes, such as topics to discuss or stakeholders to interview, please email getinfo@woodfortrees.net. Website: woodfortrees.net LinkedIn: https://www.linkedin.com/company/wood-for-trees-ltd Twitter: https://twitter.com/WoodforTreesLtd Facebook: https://www.facebook.com/Wood4Trees
See More
Comments