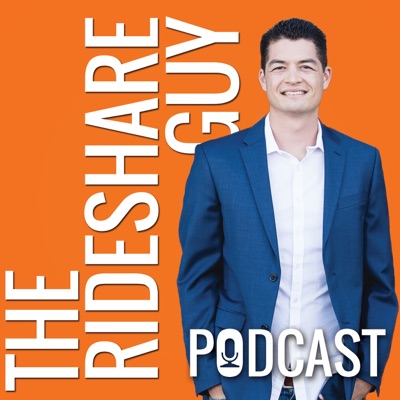 Dana Gagnon from Everee hosts Harry on a webinar to discuss trends in the gig economy.

If you have questions about insurance in the mobility space, then you won't want to miss this episode with Ed Walker, the national practice leader of Micro Mobility and Shared Economy for USI Insurance services.

Elijah Bilel joins Harry to talk about their new course, Maximum Delivery Profits. Elijah has been a delivery driver since 2017. He started with Uber Eats, then branched out into other apps. You might have seen him on Youtube: He makes delivery videos for The Rideshare Guy! "We went all in on this course. It has everything I’ve learned in my 4 years as a driver. We made this course so you don’t have to spend time and money making the same mistakes I did."

RSG166: Why This Rideshare Company Failed

RSG165: Alex Roy on What it Takes to be an AV Test Specialist

Stephen Smyth of Coord talks with Harry about a new system to digitize the curb.

Annanth Aravinthan, formerly of UberEats, joins Harry to talk about processes, profitability and more of the food delivery industry.

CloudTrucks is the virtual trucking carrier - providing a complete "business in a box" solution for owner-operators and small trucking carriers at a much lower cost using software engineering, data science and world class operations processes.

David Zipper, repeat RSG guest, is a Visiting Fellow at the Harvard Kennedy School's Taubman Center for State and Local Government, where he examines the interplay between urban policy and new mobility technologies. Connect with him at DavidZipper.com

RSG157: Will Delivery Companies Ever Be Profitable?

Will delivery companies ever be profitable? That’s the million-dollar question going into 2021. In this episode, you’ll hear a replay from a conference I helped put on called Curbivore. I coordinated this panel and think you’ll find it fascinating, as we will cover how delivery companies could become profitable in the future… or not. This panel discussion may surprise you!

RSG156: What it’s Like to Operate a Fleet of Tesla Taxis and Rideshare EVs

Ezra Goldman is CEO & Founder of Upshift: fractional car leasing for people who don’t drive much.

Deepa Das Acevedo is editor of Beyond the Algorithm: Qualitative Insights for Gig Work Regulation.

RSG153: Cherida Smith on Organizing Drivers for Yes on 22

Cherida Smith shares her experiences on the Lyft DAC, organizing drivers for "Yes on 22" and more.

RSG152: Daniel Danker on The Rise of Uber Eats

The head of product at Uber Eats, Daniel Danker says changes are coming to the platform for Uber Eats drivers. What will change though? We'll be taking a look at an interview between Harry Campbell, founder of The Rideshare Guy and Daniel Danker, the current head of Uber Eats. In this interview, they discuss the changes that are coming to the concept of delivering with Uber eats in general, how Uber Eats will work and other opportunities that Uber Eats drivers will have to earn in the near future. This is an interview that was done as a part of the Curbivore conference.

Mason Warr of COS Accounting sheds some light on the Employee Retention Credit.

Kate Conger is a technology reporter at The New York Times and joins Harry to talk Prop 22.

The New Mobility Handbook is Michele Kyrouz's book that she and Harry discuss on today's episode.
See More
Comments (2)

was hoping to get some good tips and thoughts here. sorry but not one of your better podcast. Dash suggests buying one of those gadgets that "has suction things on it to hold your phone " really? lol, gee thanks for the insightful advice 🤦‍♂️

first one to listen too. I'm not going to drive for 'taxi' but looking at the uber eats and grub hub, 'foodi'. if you have a pod for that send the date you talked on that. but this is a very good episode. I'll be doing this part time fir extra few hundred a week