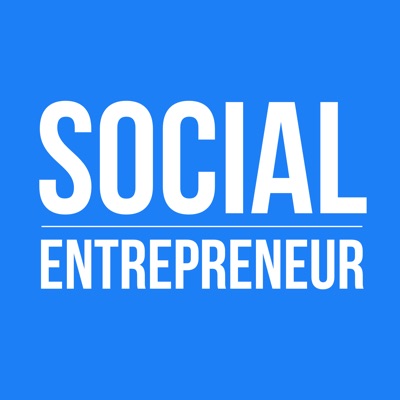 Global Gaming Initiative provides a suite of tools and services to make it easier for game developers and publishers to produce and monetize games for social good. Note: Between now and the end of the year, we’re counting down the top twelve popular podcast interviews of 2018. It is a people’s choice award, determined by the number of downloads. This interview originally aired on February 12, 2018. Elizabeth Sarquis was born in a small town along the Magdalena River in Colombia. When Elizabeth was five years old, her family moved to the US. Growing up, she went to school in the US and spent time her summers in Colombia. Elizabeth says “It struck me, when I would see children on the streets begging. Then I would go back home, and I would have everything. It didn’t make sense to me.” As an adult, Elizabeth worked in nonprofits focused on children’s issues. During the 2008 financial meltdown, Elizabeth observed how difficult it was for nonprofits to raise funds. And, after the 2010 earthquake in Haiti, she noticed that there was a wide gap between the money raised and the impact of those funds. “I knew something had to change,” she says. “I wanted to create a model that used technology, which I love, and create an impact.” In 2010, Elizabeth’s 14-year-old son traveled to Ecuador to volunteer with a nonprofit. Her son told her a story about a boy he met. The boy did not have transportation, and therefore, did not attend school. Elizabeth’s son challenged her to help. Around this same time, Elizabeth found herself playing Angry Birds for hours. She thought, “Can’t we figure out a way to use games, tied to impact?” From this thought cam Global Gaming Initiative. Global Gaming Initiative is a mobile game company that creates games and aligns them with social impact. They are a cooperative. They work with game developer who wants to create social impact through their game. Global Gaming Initiative is a BCorporation. They have been selected as a “Best for the World” company two years in a row. Global Gaming Initiative was not successful right away. They hired eight engineers and animators, spent months on the game, but it was not commercially successful. “We didn’t bring marketing in soon enough,” Elizabeth explains. “At that time, it was a bit more of the wild west in the app store.”   One of Global Gaming Initiative’s first successful games was Sidekick Cycle, a competitive retro arcade game that positions players in a race against time. Profits from in-app purchases and advertisement go towards bicycles for kids. The game is popular and has provided lots of bikes. However, parents began to push back on the content of the advertisements. To help control the types of ads that are presented on their games, Elizabeth and her team created Jukko. Jukko connects game players with socially-conscious brands. Jukko is scheduled to launch around April of 2018. Social Entrepreneurship Quotes from Elizabeth Sarquis “You can make games and you can have an impact.” @elizabetsarquis, @GGInitiative “You have to surround yourself with a network of people who believe in what you’re doing.” @elizabetsarquis, @GGInitiative “Get involved in your community.” @elizabetsarquis, @GGInitiative Social Entrepreneurship Resources: Global Gaming Initiative: https://www.globalgaminginitiative.com/ Global Gaming Initiative on Facebook: https://www.facebook.com/GlobalGamingInitiative Global Gaming Initiative on Twitter: https://twitter.com/gginitiative Jukko: https://jukko.com Jukko on Facebook: https://www.facebook.com/myjukko Jukko on Twitter: https://twitter.com/myjukko Free Bikes 4 Kids: http://fb4k.org Book: Crazy Good Advice: 10 Lessons Learned from 150 Leading Social Entrepreneurs: https://tonyloyd.com/book The Power of Telling Your Secret, with Aneela Idnani Kumar, HabitAware Celebrating the Gifts of Femininity, with Amy Stanton and Catherine Connors, The Feminine Revolution How to Change the World, with Bethany Tran, The Root Collective

Are there any podcasts in particular about disaster response or recovery? I've done a few keyword searches but nothing is coming up.

fantastic. glad to have found you. can't wait to learn more