NASCAR was only two years old the first time the Wood Brothers took to the track in 1950. 71 years later, Dale Earnhardt Jr. gets the chance to sit down with a true pioneer of the sport, the great Leonard Wood of the famed Wood Brothers Racing Team. Wood talks about his beginnings in the sport in 1950 and how they grew from some street racing, lumber hauling kids to one of the most respected teams in auto racing. Leonard tells Dale Jr. and co-host Mike Davis about early tales from their first racecar catching on fire, racing with Curtis Turner, and one-on-one match races on the beaches of Daytona.

Leonard and his brothers are widely known for their innovation in the sport. He shares the story of the washing machine engine go-kart that started it all. Whether it was pulling an engine off a Ford assembly line and modifying it for stock car racing, or trick spindles, the Wood Brothers' minds always led to advancement. They even got the invite by Henry Ford to pit a car in the Indianapolis 500. So how did a bunch of Virginia stock car boys do? Well, they won the race and revolutionized the pit stop along the way.

Leonard opens up about some of the best drivers they ever had in their racecars, including greats like AJ Foyt, Cale Yarborough, and David Pearson. He also reveals why the split with Pearson really happened and what regrets he has over it. The rivalry between Pearson and Richard Petty pretty much defined an era of American Stock Car racing.

Dale Jr also gets the answer he was seeking from Leonard about the origins of their famed number-21 and how it came to be. He also finds out why the little race team from Stuart, Virginia has always remained loyal to the Ford Motor Company.

Before Leonard entered the studio, Dale, Mike, and producer Matthew Dillner talk about losing weight and the app that helps do it. But, when counting calories... does beer count?

In the Ask. Jr. segment, Dale Jr. answers fan questions about running "The Boot" at Watkins Glen and if Lewis Hamilton would entertain running Stock Cars. We also learn that Dale is a fan of terrestrial radio. 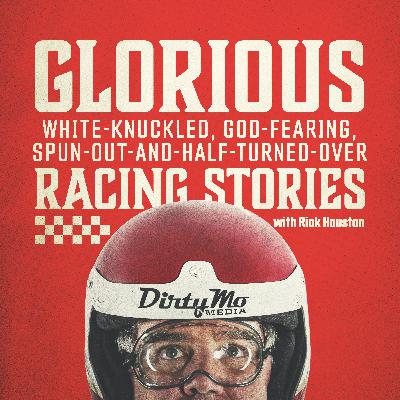