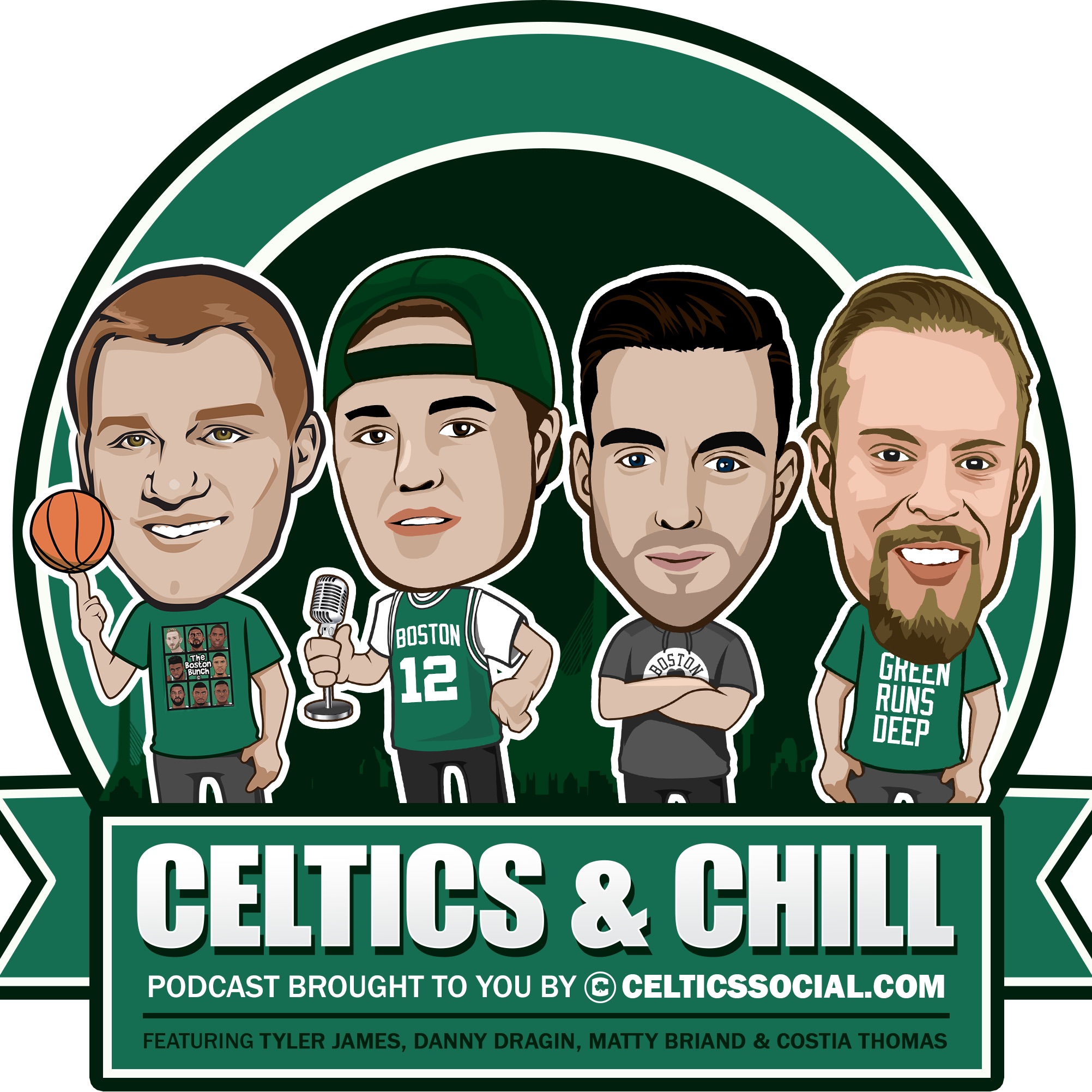 Episode #17 (17 Banners) of the Celtics and Chill Podcast brought to you by CelticsSocial.com with your host Tyler James, Danny Dragin and Costia Thomas is here.

3:30 We debate is this 3-0 Celtics lead more of Brad Stevens coaching and these Boston players stepping up or Philly simply being young in their first ever big playoff series.

6:45 Do the Sixers problems all lead back to coach Brett Brown or do the players share more of the blame? Will he ever be a “playoff coach” or be fired soon?

12:00 Should Markelle Fultz be getting some play? Or is it too little too late. Why are the Sixers treating him like a little puppy dog? Also is it fair we compare Fultz to sensational rookie Jayson Tatum?

14:20 Does Danny Ainge kind of look like the old Luke Skywalker? And if so does he continue to pull Jedi mind tricks?

20:45 Danny Ainge said between Terry Rozier and Marcus Smart he wants to keep both. The debate is does he mean it and is it realistic. The answer gets us a little heated.

23:45 Even though Terry Rozier is a restricted free agent how scared should we be of some other team offering him a big contact the Celtics can’t match? Is there ANY chance most of the Rozier success is “The Brad Effect” or is it strictly talent for Scary Terry?

27:00 Regardless Scary Terry has been close to LeBron James level in these playoffs which is mind blowing! How does Terry Legend compare to the other point guards in the playoffs like Chris Paul for example? Better or worse?

30:00 Let’s be real this series is over but heat check… all roads lead to King James and the Cavaliers. Is this Celtics team that you should never count out capable of dethroning the King or will all roads end in Cleveland?

33:45 It’s been a Celtics team effort but don’t forget the amazing performance by the ROOKIE Jayson Tatum! We talk about that and of course trade rumors of “What If” Anthony Davis for Tatum.

37:00 We have do discuss the crazy fans that are actually talking about trading Kyrie Irving for Kawhi Leonard because of Rozier’s play. It’s not realistic at all, right?

40:00 Getting back to the Cavaliers… plain and simple do the Celtics have a chance? We give our thoughts and predictions.

44:00 Gucci Mane vs Meek Mill debate… who you got? Also who the hell is the best Boston rapper of all time to represent us?

50:25 Maybe our most heated debate of the show was about a superhero move THE AVENGERS! We discuss which Celtics players are which Marvel Avengers and things get a little crazy. Look for the Celtics x Avengers t-shirt soon at CelticsSocial.com

1:02:55 We end the show with Game 4 predictions and where the Celtics will go from here!
Comments
In Channel