DiscoverCBS This Morning18 Years Later: How the Terror Threat Has Evolved Since 9/11 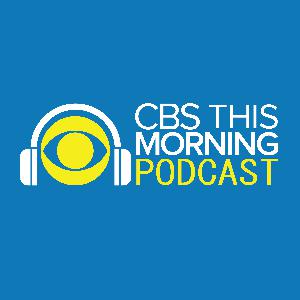 18 Years Later: How the Terror Threat Has Evolved Since 9/11

Only on the "CBS This Morning" podcast, correspondent Adriana Diaz talks with CBS News senior national security analyst Fran Townsend about how the terror threat has evolved in the United States in the nearly two decades since the September 11 terror attacks. Townsend, who was the former assistant to President George W. Bush for Homeland Security and Counterterrorism, shares her experience of watching the news that morning while she was off on maternity leave and immediately thought of Al-Qaeda. She talks about the U.S. response to the attacks, the ongoing War on Terror and President Trump's planned meeting with Taliban leaders at Camp David, which was later canceled. She also discusses why it's important to vigorously fight to stop domestic terrorism, including mass shootings, in the same way we counter foreign terror threats.
Comments
In Channel

"We Need to Learn How to Live with the Coronavirus," Epidemiologist Says

How Financial Literacy Can Help Close the Wealth Gap

Separating the Truth from the Myth about Andy Warhol

Why Mail-In Voting Should Be Expanded This Year, Despite False Criticism from Trump

A Transgender Woman and her Sister on Acceptance and Transitioning

GoFundMe CEO on 'Unprecedented' Giving Amid Coronavirus and Social Movements

The Hardest Job in the World: John Dickerson on the American Presidency

Are the U.S. and China Trending Toward a Cold War?

What Does it Mean to Defund the Police?

Grappling with Racism, White Privilege and Police Brutality in America

18 Years Later: How the Terror Threat Has Evolved Since 9/11