DiscoverThe Year That Was1919: A Time of Hope or a Time of Dread? Lucy Maud Montgomery became one of Canada's most successful and beloved authors with the publication of the Anne of Green Gables series. After Montgomery lived through World War I, she decided to recount the war years through the eyes of Anne's teenage daughter. The result is Rilla of Ingleside. This is the cover of the first edition of Rilla of Ingleside, and it's almost unbearably sweet. The book itself has plenty of sappy moments, but it doesn't shy away from the enormous grief and anxiety experienced by families with sons in the war.

Rilla of Ingleside is available in numerous editions, and I've linked to one on Amazon at the bottom of the page. Or you can listen via LibriVox, a service that records books in the public domain; I used the LibraVox recording, by Karen Savage, in this episode. 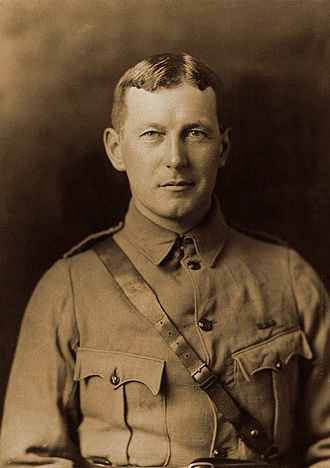 Lieutenant Colonel John McCrae was a Canadian poet, physician and author. He served as a battefield surgeon during the Second Battle of Ypres in 1915, treating the wounded in a 8-foot by 8-foot bunker dug into a dyke along the Yser canal. During the battle, McCrae's good friend Lt. Alexis Helmer was killed. After attending Helmer's funeral, McCrae wrote the poem "In Flander's Fields." It was published in December 1915 and soon became one of the most popular verses of the war.

McCrae writes in the poem about the poppies that he saw growing in Flanders; poppies are the first flowers that bloom in the churned-up earth of battlefields. The enormous popularity of the poem led directly to the poppy being adopted as a symbol of remembrance. Initially, poppies were used only in commemoration of the Great War, but over time they came to represented all lost in battle. Many people wear poppies in the first two weeks of November and on Remembrance Day, November 11th, in Australia, Canada, New Zealand, and the United Kingdom. 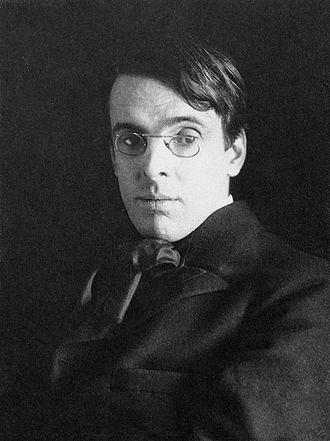 William Butler Yeats was no doubt a brilliant poet, but he had a bad habit of falling in love with beautiful, tormented, unattainable women. He decided to leave all of them behind in 1917 and marry someone "serviceable" instead. Georgie Hyde-Lees, soon to be George Yeats, was the "serviceable" woman Yeats chose. She was smart, capable and self-effacing--and saved her marriage when she discovered her "gift" for automatic writing. This is another view of George, in a painting titled Mrs. W.B. Yeats by the artist and illustrator Edmund Dulac. Dulac is best remembered for his illustrations for children's books, including fairy tales and The Arabian Nights. (I had a copy of his illustrated Stories from Hans Christian Anderson and have a vivid memory of his drawing for "The Princess and the Pea" of a huge stack of mattresses.) Dulac and Yeats were close friends and occassional collaborators. Dulac places George in a fairy tale setting, with a charging unicorn in the background. Yeats must have loved it.

You can read the entire poem "The Second Coming" on the Poetry Foundation website. Or check out actor Dominic West reading it in a production for Irish public broadcasting service RTE.

I referred to several biographies of Yeats, including the following:

I also consulted the one biography of George Yeats:

Welcome to The Year That Was