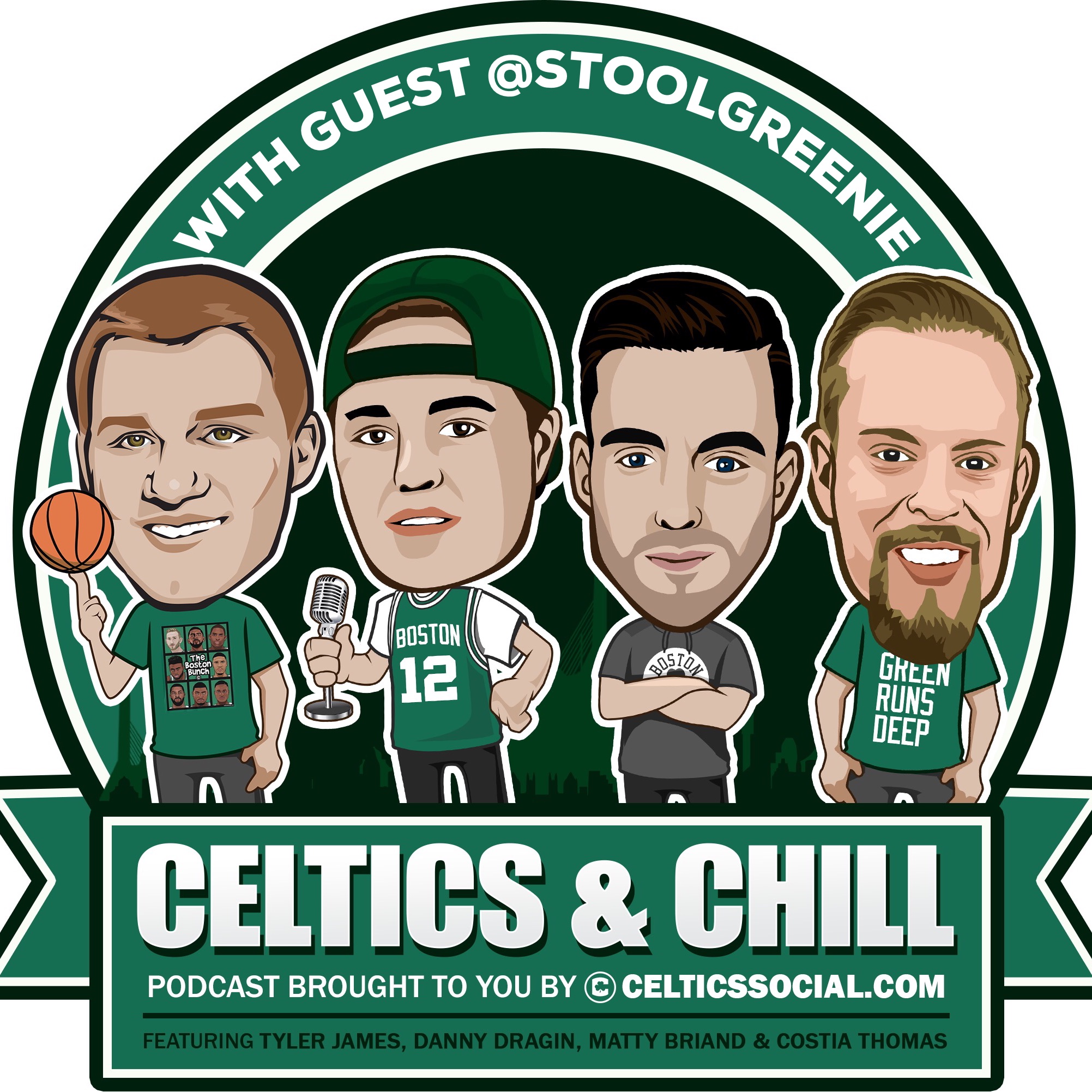 Episode #20 of the Celtics and Chill Podcast brought to you by CelticsSocial.com is here and its a milestone episode! We have our first guest ever of the podcast Dan Greenberg @StoolGreenie Celtics/NBA writer for Barstool Sports.

1:00 Dan Greenberg tells us how he became “Greenie” and his passion, or obsession, for the Boston Celtics franchise.

3:15 How revealing Ray Allen was during his pizza review on Barstool and what Dan thought of that. Also when are the Boston fans going to be ready to embrace #20?

7:30 Dan talks about being a Sun Devil and his quick history/moment with James Harden.

15:00 Who does Dan see as the best comparison from past NBA stars to the future duo of Jayson Tatum and Jaylen Brown? His answer is very optimistic and will intrigue Celtics nation.

19:00 We get into the great Celtics debate of what to do with Marcus Smart vs Terry Rozier and who they should focus on keeping if they must choose.

24:45 Is Terry Rozier a product of what we call “The Brad Stevens Effect” or can every Celtic credit at least a measurement of success to the coaching of Brad?

27:00 What about Isaiah Thomas? How much did Stevens have an effect on IT and where does Dan see him landing this offseason. Spoiler alert he feeds into the possibility of an IT4 return to Boston something our host has been pushing for a while!

30:00 Even though Danny Ainge is probably the most ruthless GM in the NBA, if not all of sports, would he ever consider actually trading Gordon Hayward this offseason?

31:45 We ask how @StoolGreenie is feeling going into games 6 and 7 for the Celtics against King James and the Cavaliers.

33:30 Who would we rather see IF we make the NBA finals? The Golden State Warriors or the up and coming Houston Rockets?

38:00 Karl Anthony Towns to Boston? A reliable NBA source thinks KAT is unhappy in Minnesota and the Celtics could make the most sense for a destination.

46:00 As tough as it is to predict we give our games 6 and possible game 7 thoughts as the Celtics look to send the King packing.
Comments
In Channel