DiscoverVibin' with Tonza3 Women Warriors on Life, Love, and Empowerment - Part I 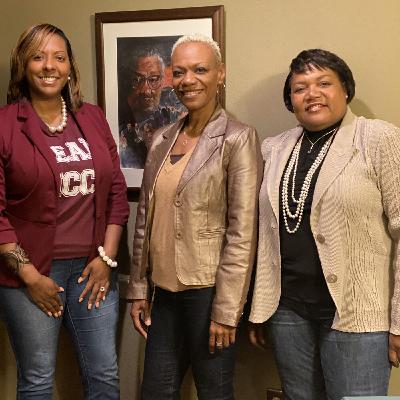 What better way to end Black History Month and head into Women's History Month!
Tune in and join us as these Women Warriors have honest conversations about life, love, and empowerment.

Judge Brenda Branch was appointed District Court Judge for Halifax County in January 2007.  She ran unopposed in her election bids in 2008, 2012 and 2016.  Judge Branch was appointed as the first African American and first female Chief District Court Judge in Halifax County in August 2008 and the first female Chief District Court Judge in Bertie, Hertford, and Northampton Counties in December 2014. She served as an Assistant District Attorney in Halifax and Bertie Counties before her judicial appointments.  Prior to becoming an Attorney, Judge Branch attended Halifax Community College and became a Paper Mill Mechanic. While working as a mechanic, she also served as a Diversity and Teambuilding Facilitator. She graduated from the evening program at North Carolina Wesleyan College with a degree in Justice and Public Policy then studied Public Administration in the evening program at East Carolina Graduate School.  Judge Branch then graduated from North Carolina Central School of Law evening program and is a graduate of the Center for Creative Leadership in Greensboro, NC where she was a Leadership Fellow.

Judge Teresa Raquel Robinson Freeman is a native of Halifax County & she is a proud product of Halifax County Schools where her mother served as an educator for over 40 years. She is the youngest daughter of Leroy & Vivian Robinson of Enfield and she has an older sister Kimberley and an older brother Rickie. Teresa pursued her higher education at NC A&T State University where she graduated with a BS Degree in English Education in 1998. During her tenure at NC A&T, Teresa was a NC Teaching Fellow, Chancellor’s Scholar and also pledged the Alpha Mu Chapter of Delta Sigma Theta Sorority, Inc. When Teresa finished college, she went on to law school at NCCU for 3 years, worked as a corporate attorney in Winston-Salem for 3 years and then moved back home to Enfield in 2004 to serve as an Assistant District Attorney with the Halifax County District Attorney’s Office. In November of 2008, Montre managed Teresa’s campaign & Teresa became the 1st African-American to be elected (with opposition) as a Halifax County District Court Judge.

Judge Vershenia Ballance Moody was born Jan. 11, 1970 and was raised in Aulander, NC.  She attended Bertie County public schools and graduated from Bertie High School in 1988.  She attended and graduated with honors from the University of North Carolina at Chapel Hill with a Bachelor’s Degree in Political Science and a Minor in African American Studies.  She then obtained the Degree of Juris Doctor from North Carolina Central University School of Law where she also graduated with honors.
After graduating from law school, Judge Moody moved to New York where was admitted to the New York State Bar and worked for the law firm of Skadden, Arps, Slate, Meagher & Flom.  In 1997, she moved back home to Bertie County and began serving District 6B (Bertie, Hertford & Northampton Counties) as an Assistant District Attorney under the Hon. David H. Beard, Jr. and later as Senior Assistant District Attorney to the Hon. Valerie M. Asbell.
In June 2005 she engaged in the private practice of law with a local firm.   It is in that capacity that she learned what it feels like to sit on the other side of the courtroom.  From 2009 through December 2012 she served as an Assistant District Attorney in the neighboring District, 6A, in Halifax County.  Upon taking her oath of office in January 2013, Judge Moody became the first woman to serve her counties on the bench in District 6B.

Vibin' With Madhu Swarna, Staff Attorney at The Center For Death Penalty Litigation

Vibin' With Will Wildfire 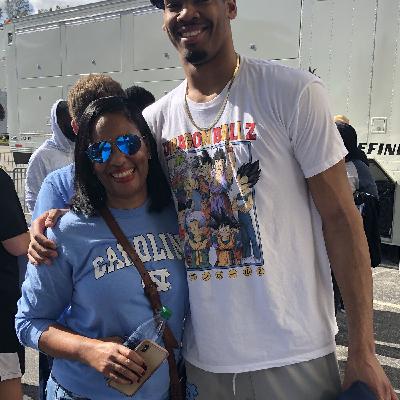 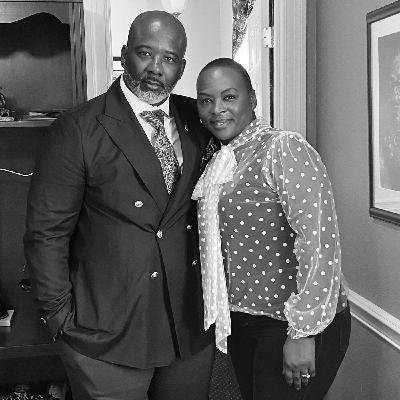 Mr. G-Todd Taylor and Mrs. Diane Taylor are Back!

One Big Happy Blended Family: 21 Years of Co-Parenting Without Chaos and Drama 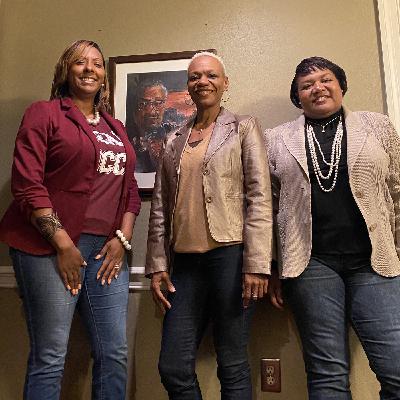 The Women Warriors Are Back

Vibin' With Tanya Harris-Fleming - Founder of My Forking Life 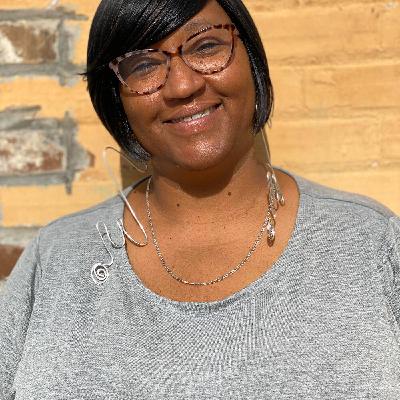 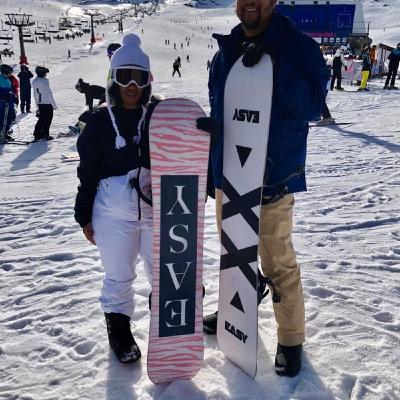 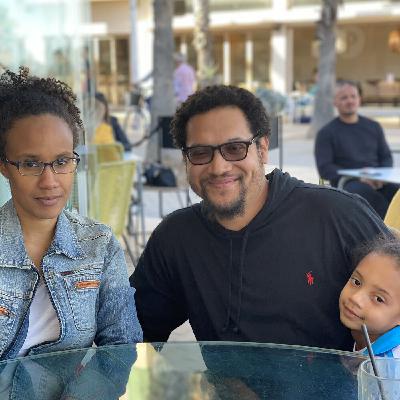 Mr. and Mrs. Kindle - From Atlanta, Ga to Valencia, Spain - Part I

Shootin' the $h!t with Gen Zs 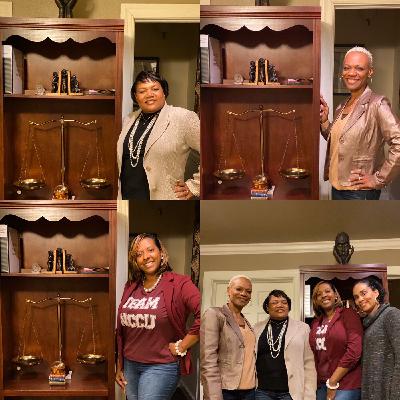