Intro 00:00
Netflix Cuties 00:24
Everyone is talking about the Netflix film "Cuties", but not everyone is saying the same things. Parents, Congressmen, and all the other adults in the room are disgusted by this. But, the media is saying we should watch it because of the message, and that we "might like it". I think the media is just reflecting and trying to normalize pedophilia.

20:57
The ENTIRE dance industry is messed up, My experience

29:59
Are you ready to fills your kid's head with Anti-Racist Baby poems? Because you can get the books on Amazon.

39:10
How to Be an Anti-Intellectual: A lauded book about anti-racism is wrong on its facts and in its assumptions by Coleman Hughes written on October 27, 2019

49:10
We also look at some racist quotes by the man Himself, Ibram X. Kendi.
This what BLM supporters are enabling.

52:29
"The Mark of the Beast", and How it applies to BLM.
Comments
In Channel 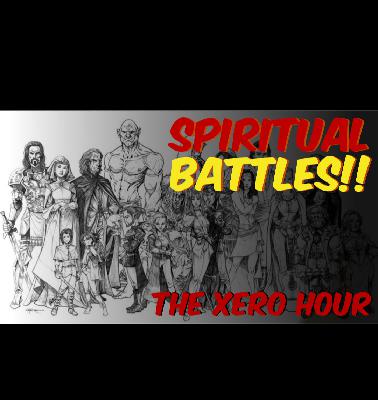 66: Xero Hour Podcast 66 - All My Heroes are DEAD, Everyone is a COWARD

65: Xero Hour Podcast 65 - Christians, We Need to address the Culture

63: Xero Hour Podcast 63 - The One About Cyberpunk and Racists Pastors