52 | Frank Lantz on the Logic and Emotion of Games

Games play an important, and arguably increasing, role in human life. We play games on our computers and our phones, watch other people compete in games, and occasionally break out the cards or the Monopoly set. What is the origin of this human impulse, and what makes for a great game? Frank Lantz is both a working game designer and an academic who thinks about the nature of games and gaming. We discuss what games are, contrast the challenges of Go and Poker and other games, and investigate both the “dark energy” that games can sometimes induce and the ways they can help us become better people. Support Mindscape on Patreon or Paypal. Frank Lantz is a game designer and Director of the Game Center at New York University. He co-founded Area/Code games, and is the designer or co-designer of numerous popular games, including Drop7 and Universal Paperclips. He is also responsible for a number of large-scale real-world games. He has taught at New York University, Parsons School of Design, and the School of Visual Arts. Web site NYU web page Wikipedia Talk on Go, Poker, and the Sublime Talk on Logic and Emotions in Games Twitter Universal Paperclips QWOP
Comments (1) 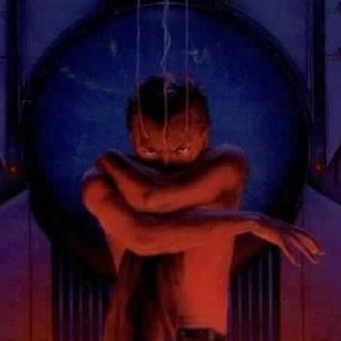 AI is just another rule. Making a game that is hard for AI is very entertaining (and a really great topic), but instead they go for the regular shit. Shame they didnt point that out... Also games by definition live outside of life? wtf are you on lol

80 | Jenann Ismael on Connecting Physics to the World of Experience

79 | Sara Imari Walker on Information and the Origin of Life

78 | Daniel Dennett on Minds, Patterns, and the Scientific Image

77 | Azra Raza on The Way We Should Fight Cancer

76 | Ned Hall on Possible Worlds and the Laws of Nature

75 | Max Tegmark on Reality, Simulation, and the Multiverse

72 | César Hidalgo on Information in Societies, Economies, and the Universe

70 | Katie Mack on How the Universe Will End

69 | Cory Doctorow on Technology, Monopoly, and the Future of the Internet

66 | Will Wilkinson on Partisan Polarization and the Urban/Rural Divide

64 | Ramez Naam on Renewable Energy and an Optimistic Future

62 | Michele Gelfand on Tight and Loose Societies and People

52 | Frank Lantz on the Logic and Emotion of Games