Discover80,000 Hours Podcast with Rob Wiblin#53 - Kelsey Piper on the room for important advocacy within journalism 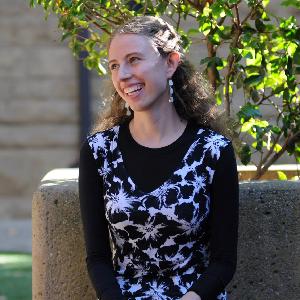 #53 - Kelsey Piper on the room for important advocacy within journalism

Funded by the Rockefeller Foundation and given very little editorial direction, Vox's Future Perfect aspires to be more or less that.

Competition in the news business creates pressure to write quick pieces on topical political issues that can drive lots of clicks with just a few hours' work.

But according to Kelsey Piper, staff writer for this new section of Vox's website focused on effective altruist themes, Future Perfect's goal is to run in the opposite direction and make room for more substantive coverage that's not tied to the news cycle.

They hope that in the long-term talented writers from other outlets across the political spectrum can also be attracted to tackle these topics.

Some skeptics of the project have questioned whether this general coverage of global catastrophic risks actually helps reduce them.

Kelsey responds: if you decide to dedicate your life to AI safety research, what’s the likely reaction from your family and friends? Do they think of you as someone about to join "that weird Silicon Valley apocalypse thing"? Or do they, having read about the issues widely, simply think “Oh, yeah. That seems important. I'm glad you're working on it.”

Kelsey believes that really matters, and is determined by broader coverage of these kinds of topics.

If that's right, is journalism a plausible pathway for doing the most good with your career, or did Kelsey just get particularly lucky? After all, journalism is a shrinking industry without an obvious revenue model to fund many writers looking into the world's most pressing problems.

Kelsey points out that one needn't take the risk of committing to journalism at an early age. Instead listeners can specialise in an important topic, while leaving open the option of switching into specialist journalism later on, should a great opportunity happen to present itself.

In today’s episode we discuss that path, as well as:

• What’s the day to day life of a Vox journalist like?

• How can good journalism get funded?

• Are there meaningful tradeoffs between doing what's in the interest of Vox and doing what’s good?

• How concerned should we be about the risk of effective altruism being perceived as partisan?

• Are there alternative business models that could fund high quality journalism on a larger scale?

• How do you approach the case for taking AI seriously to a broader audience?

• How valuable might it be for media outlets to do Tetlock-style forecasting?

• Is it really a good idea to heavily tax billionaires?

• How do you avoid the pressure to get clicks?

• How possible is it to predict which articles are going to be popular?

• How did Kelsey build the skills necessary to work at Vox?

Rob is then joined by two of his colleagues – Keiran Harris & Michelle Hutchinson – to quickly discuss:

• How should specialists keep journalism available as a career option?

• Should we create a news aggregator that aims to make someone as well informed as possible in big-picture terms?

Get this episode by subscribing to our podcast on the world’s most pressing problems and how to solve them: type '80,000 Hours' into your podcasting app.

#53 - Kelsey Piper on the room for important advocacy within journalism