DiscoverExpress Sports72: Old Scores: Madrid v/s Barcelona and the best that any sport has seen 72: Old Scores: Madrid v/s Barcelona and the best that any sport has seen

Describing an El Clásico, a former Barcelona player once said, "It is the game of the century, even if there are eight of them a year." The spectacle that is a Real Madrid vs Barcelona match is like no other. And there was a time during April-May 2011, that four such matches took place in the span of 18 days. In this episode of Old Scores, Gaurav and Mihir look back at these matches and discuss what made them one of the craziest phases in sporting history.
Comments
In Channel 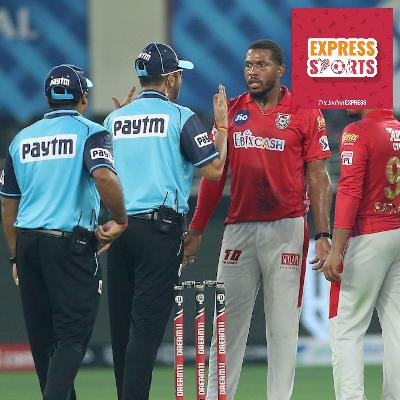 95: Game Time: Why outrage over IPL umpiring errors is unjustified 94: Game Time: Why this IPL season is going to take a toll on the players 92: Game Time: Everything that is wrong with the National Sports Awards 91: Game Time: Is it the worst idea to have the US Open right now? 90: Game Time: A look back at the extraordinary career of MS Dhoni 89: Game Time: Should India hold off on starting training camps? 88: Game Time: Vivo pulls out of IPL and how the China boycott hurts India's sports industry 87: Game Time: Was IPL too big to get cancelled? 86: Game Time: What Tokyo 2020 Olympics would have meant for India 85: Game Time: Test cricket's back but does it really need a live audience? 84: Game Time: What made Lin Dan one of the greatest Badminton players of all time 83: Game Time: The death of a cricket magazine and chasing the ghost of a fallen idol 80: Game Time: An ex-Chicago Bull on whether athletes should speak up on issues like BLM 78: Game Time: When will cricket restart? 72: Old Scores: Madrid v/s Barcelona and the best that any sport has seen