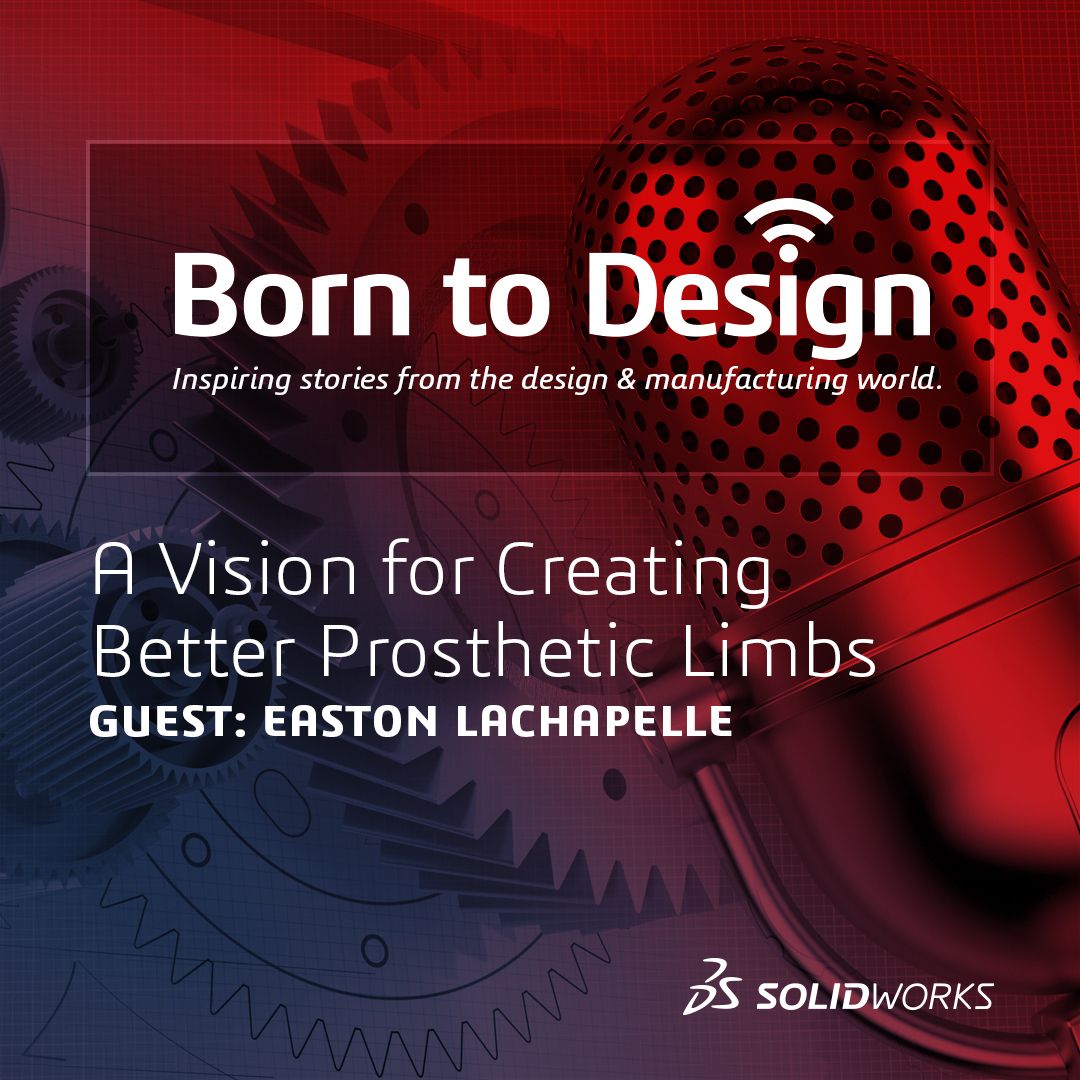 Interview with Easton LaChappelle, who as a young man had a vision of designing state-of-the-art prosthetic arms for children, which he started designing in his bedroom with a basic 3D printer as a teenager. You would not believe where this idea has taken him and who he has met along the way. It’s an amazing journey in a short amount of time.
Comments
In Channel

Blast Off With Sam Rogers

Giving a Helping Hand to 1 Million

Passion is the Fuel

From Bits and Atoms to Fabrication [with Dr. Neil Gershenfeld]

Communication is the Key to Better Design

Designing outside the box turns into HUGE wins [BattleBots]

Educating Engineers Outside of the Classroom Ep 17

One Man’s Journey: from the NFL to Space with Leland Melvin of NASA - Ep15

The Evolution of a Good Idea: from Concept to Company - Ep14

How One Teacher is Changing mindsets, One Student at a Time, with STEM - Ep13

From Fighting Robots to Helpful Robots with Marc DeVidtz - Ep12

How the User Forum Changed the Course of SOLIDWORKS Software - Ep9