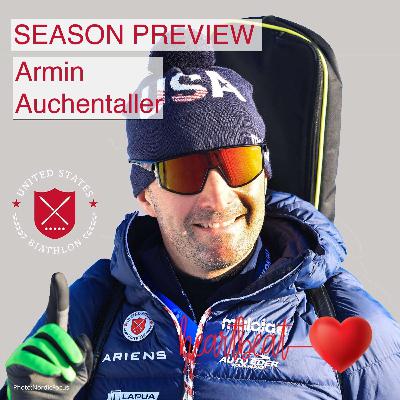 Tom Kelly: [00:00:00 ] And today, Heartbeat is taking you to the heart of Vuokatti. Finland. The training camp for the US biathlon team. Armin Auchentaller, the head coach for the men's and the women's team. Armin, thank you for joining us on Heartbeat.

Tom Kelly: [00:00:16 ] So tell us about the conditions in Vuokatti. It sounds like training has been going very well.

Armin Auchentaller: [00:00:21 ] Yeah, well, Vuokatti has provided a lot of manmade snow from last season, from the snow farming. And we had since [00:00:30 ] we arrived to Finland, nine kilometers, nine K of mammoth snow. And it's it's it was awesome. Made it look like it looks like it was one of the better places in Scandinavia this season. So we were very lucky to choose, actually, this place to go to.

Tom Kelly: [00:00:49 ] Tell us a little bit about the snow farming for folks who might not understand this. This is actually snow that has been preserved from last season. How does that work?

Armin Auchentaller: [00:00:59 ] Yeah, [00:01:00 ] they produced the snow over the over the winter. Of course, when temperatures are are the right ones and deep. So they produce it and they they make a huge snow pile. They cover it with wood, wood chips, wet chips, and basically they cover it also with a special material and preserve it over the summer. And once it's time, usually [00:01:30 ] here in Vuokaiit in Finland, they put the snow out around the end of October to make sure that people can train and ski early, fairly early on.

Tom Kelly: [00:01:43 ] Do you have other teams training in Vuokatti right now? I imagine that the whole world is looking for good tracks to to ski on.

Armin Auchentaller: [00:01:50 ] Yeah, actually, we had the German biathlon World Cup team here, man and woman. So we had actually good training conditions along with them. And [00:02:00 ] our athletes actually could ski with them and look what they do. And so was the Japanese team was here. Some Ukrainians are here. It's it's a good training environment.

Tom Kelly: [00:02:31 ] So far. Good. Well, let's talk about your background, Armin. You've recently taken over as both the head men's and women's coach. You've been with the U.S. team a couple of times and we'll get to that. But let's go back to your growing up in Italy. You had the great opportunity to grow up and really the heart of biathlon in Antholz, Italy. Tell us about growing up and how you initially pursued your passion as an athlete in biathlon.

Armin Auchentaller: [00:02:57 ] Basically, I started skiing for three [00:03:00 ] years and until we have slopes, the alpine slopes, but close by, But we have also a lot of cross-country, cross-country possibilities. And then around around when I was like eight or nine years old, I started basically with cross-country skiing and with nine, ten years around there. I don't remember actually. Well, it's a long time ago, but that's where I started with biathlon [00:03:30 ] early on, early on.

Armin Auchentaller: [00:03:36 ] I reached a national team level and I raised my last two years on the European Cup, which is the IBU Cup from from the modern times. So that's where where I ended up and was not a long career, but career with a lot of experiences, good experiences, which [00:04:00 ] I can use now as a coach.

Tom Kelly: [00:04:03 ] How did you make it into coaching? I know a lot of athletes choose to go that route. Was this something that you had wanted to do to become a coach and to lead others with the experience that you'd gained in your career?

Armin Auchentaller: [00:04:14 ] Actually, my former coach wanted to stop coaching and he just when I stopped, he just basically said, Hey, you should you should look into coaching and I want to stop and you should take take over, take over the whole [00:04:30 ] ski club. Back then it was the ski club for a months and give it a try. He thought I would do well, and I said, I'm not really sure, but we can. We can give it a shot. And here I am still still working on. That was back in 1992. So basically really is 30 years in coaching.

Tom Kelly: [00:04:51 ] One of your big breaks, I think was when you actually had an opportunity in 2009 to come and be a shooting coach for us. Biathlon. How did that come [00:05:00 ] to pass and what was your experience in the five years that you coached in with the American team?

Armin Auchentaller: [00:05:06 ] It was an amazing time. I mean, I got to know awesome people, different, different country to work with and different athletes, different mentality. I learned a lot along the way. It was it was a really, really, really good time.

Armin Auchentaller: [00:05:42 ] I was asked from the Swiss biathlon team to be the head coach for the women there, and I did that for four years. I led that group to the Olympic Games in Pyeongchang, and we had also there were really, really good, [00:06:00 ] really good times, also some good results. And basically we we built up a team which was not existing before it was there was no official women's team. In 2014. They created that team and I had the chance to, to work with them and yeah, get some get some good results in the end.

Armin Auchentaller: [00:06:34 ] Yeah, definitely. There was still a lot of people I knew from before and and it was a pleasure to come back and it was like an honor to be asked again if I would join the team and really appreciate the the offer they made and to come back actually, and I didn't hesitate. I just said, okay, let's do it.

Tom Kelly: [00:06:59 ] In these past [00:07:00 ] four years, you really oversaw several generations of U.S. Women's Biathletes Susan Dunklee ultimately retiring from her career, a whole new crew of people coming through. How would you characterize the women's team over the last four years?

Armin Auchentaller: [00:07:21 ] The last four years we had. A couple of great results, I would say. I mean, with different with different people starting [00:07:30 ] from Susan Dunklee's medal at the World Championships in Antholz. Luckily, at my home, that was really nice. Really nice side effect to do it at the World Championships in athletes. Clare Egan's podium in in the mass start in Holmenkollen was also a big achievement. And then Joanne Reid, who had in her season the 10th place in a master and a 15th place in the sprint. Really, [00:08:00 ] really good results also for her. And last but not least, Deirdre Irwin with a seventh place which resulted in being the best, best Olympic result from from American ever, ever done so far.

Tom Kelly: [00:08:20 ] So let's look ahead to Kontiolahti. The World Cup begins on the 29th of November. You have an unprecedented five women's starts. [00:08:30 ] And let's start with the women's team. You've never before had five women starting this season for the four, the US biathlon team. Can you give us a rundown on first of all, how did it come about that you ended up with those five starts? And who are the five that we can look for on the starting line in cocktail party next week for the women?

Armin Auchentaller: [00:08:48 ] Yeah, we have the first time in in history we have five start, but we have also to be fair and honest we would have probably only four. [00:09:00 ] It's just because Russia and Russia got a start. Yes, I would say so. We would we would actually start with four. But nonetheless, it's a first. It's a first. And we try to use this opportunity to give people a chance. We will have three, three ladies starting the first time in their career on the World Cup, which is Kelsey Dickinson, Chloe Levins and [00:09:30 ] Tara Geraghty, Moats with the two, I would say experienced Joanne Reid and Deidra Irwin on their side. So those are the five who will start in Kontiolahti.

Tom Kelly: [00:09:45 ] The result from Deidra Irwin at the Olympics. We had her on the Heartbeat podcast a few weeks ago, was really an amazing step. She comes from my home state of Wisconsin, so I'm very proud of her. But she's really made [00:10:00 ] big progress now over the last two seasons.

Armin Auchentaller: [00:10:03 ] Yeah. She works really, really hard, I must say. And she is committed and tries to challenge herself every single day. And I think she is even more hungry than ever after this result from last season. And I think she sh 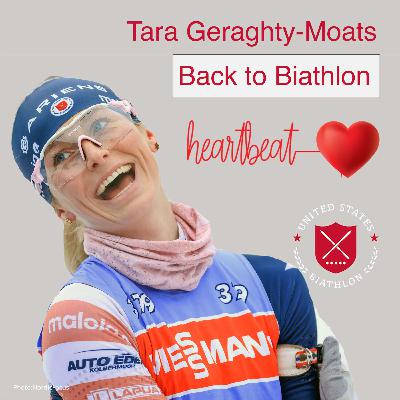 Tara Geraghty-Moats: Back to Biathlon 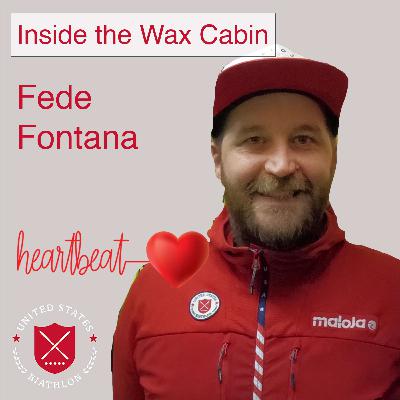 Fede Fontana: Inside the Wax Cabin 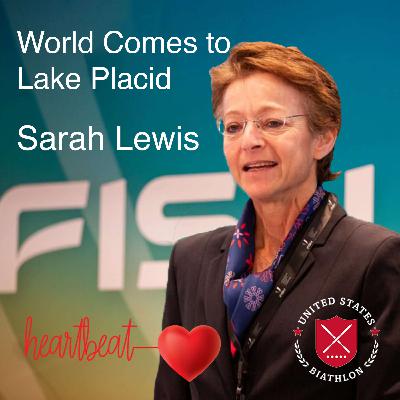 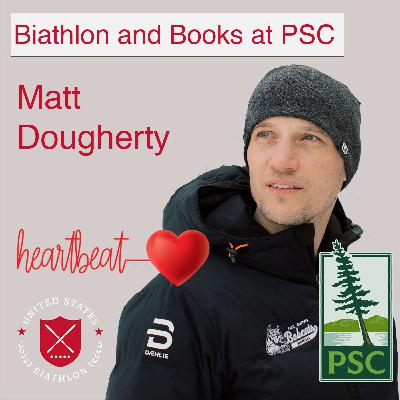 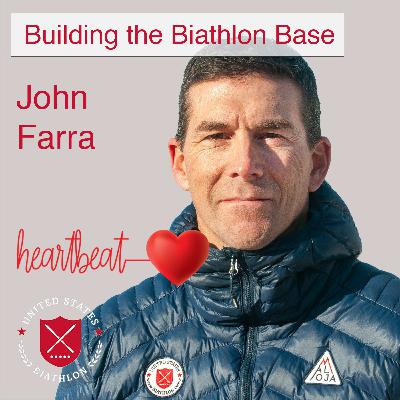 John Farra: Building the Biathlon Base 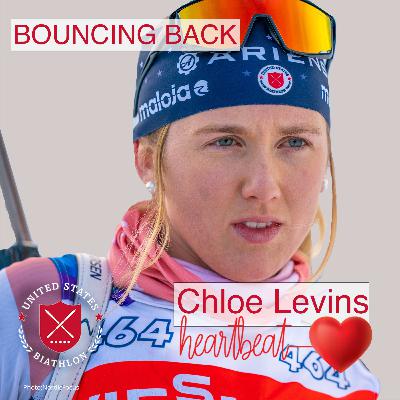 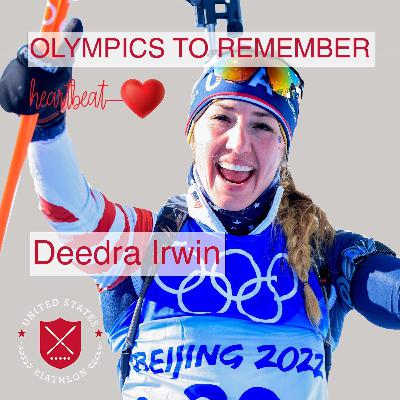 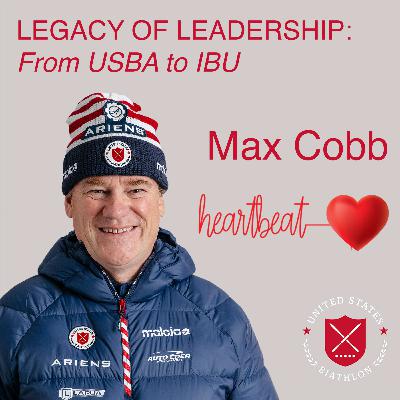 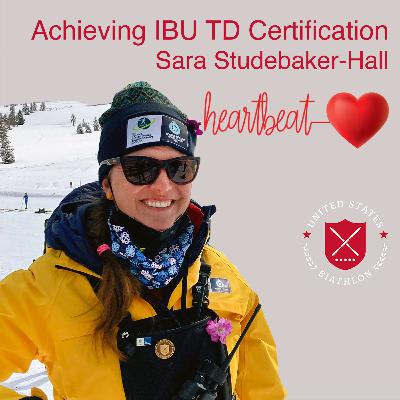 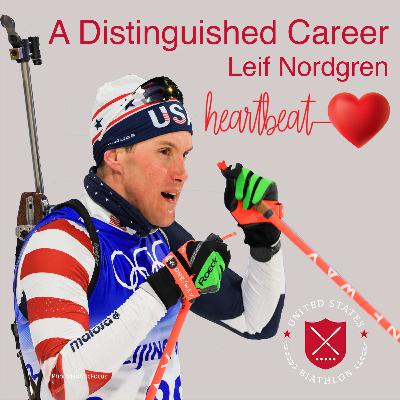 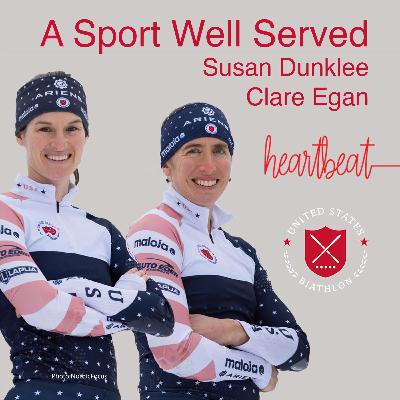 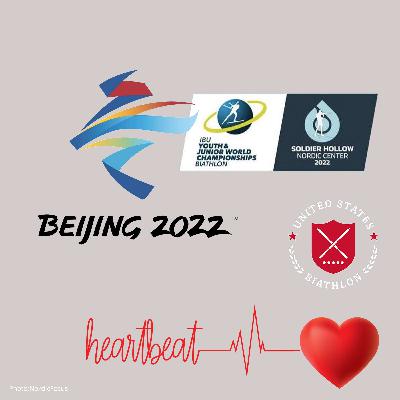 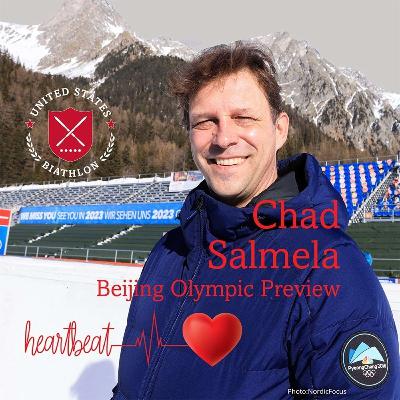 Art Stegen: The Origins of Biathlon 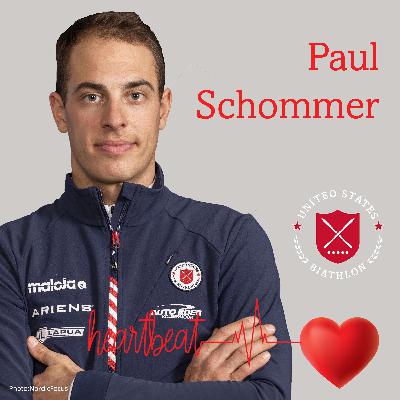 Paul Schommer: From Wisconsin to Beijing 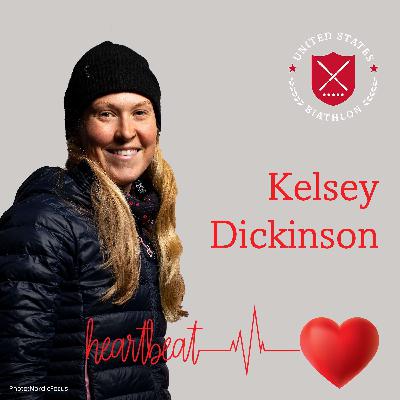 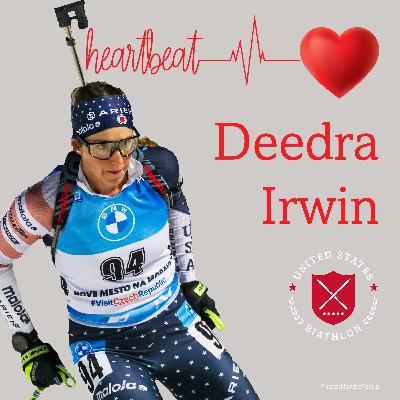 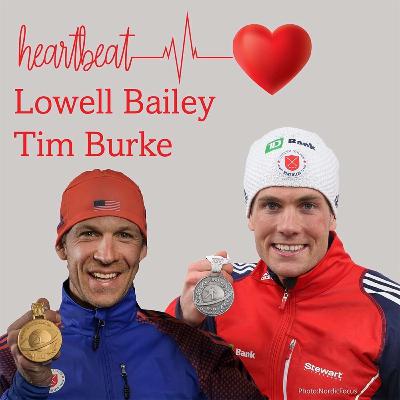 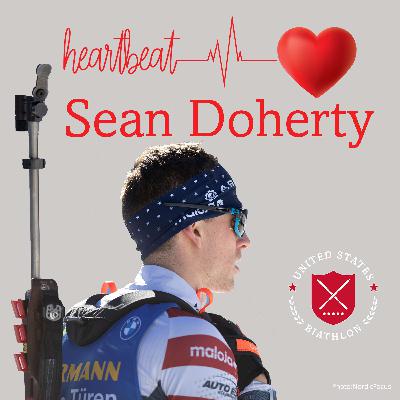