DiscoverWhat Fresh Hell: Laughing in the Face of MotherhoodAsk Amy- My Teen Has Zero Interest In Getting A Driver's License

Teens today are driving less, and later, and are far less motivated to drive than we were. The number of 16-year-old licensed drivers in the United States decreased from 46.2 percent in 1983 to 25.6 percent in 2018.

But shouldn't our teens learn how to drive? Isn't that a skill they're going to want to have at some point? And how do we get them to buy into that, instead of it becoming something else for teens and parents to fight about?

This is how a listener put it on our Facebook page:

My almost 17-year-old does not want to drive. We put him through drivers ed, and it was like pulling teeth to get him to practice. He has ADHD and is terrified of wrecking.

My question is, do we push him to at least get his license or let it go? I’ll give you one guess which parent wants to push….

ADHD is an additional risk factor for young drivers, particularly in the first months of their driving. But ADHD in itself doesn't cause bad driving– it's the risky behaviors to which teens with ADHD are more prone that cause more accidents. This can become a teachable moment to talk with a teen about those behaviors and why they're more dangerous once he's behind the wheel.

But giving our kids a sense of self-efficacy isn't just good for them– as Jess Lahey argues in her new book THE ADDICTION INOCULATION, it can be protective, putting them at lower risk for addiction and other risky behaviors.

In the long run, a driver's license might help a teen with anxiety. Consistent encouragement, rather than forcing the issue, will hopefully lead to a driving teen– and more independence for everyone in the house– a little sooner.

Here are links to some of the writing on the topic that Amy mentions in this episode:

Healthline: Teens with ADHD 62% More at Risk of an Accident in First Month of Driving

Jess Lahey for The New York Times: How to Lower Your Child’s Risk for Addiction

Special thanks to our "Question of the Week" sponsor:

Jane.com is a boutique marketplace featuring the latest in women’s fashion, accessories, home decor, children’s clothing, and more. You will not believe the prices! Visit jane.com/laughing.

Fresh Take: You're Doing It Wrong! (with Bethany Johnson and Margaret Quinlan)

BONUS: Danger Babies– Why Are Some Kids Natural Risk-Takers? 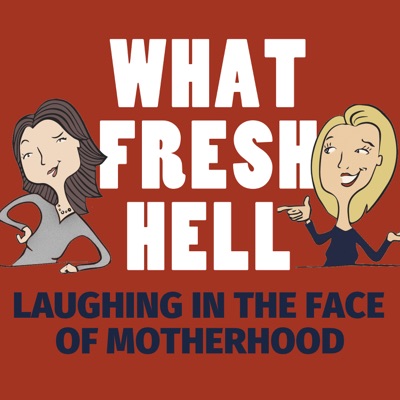 Ask Amy: How Do I Protect My Newborn in a Post-Pandemic World?

Reestablishing Friendships After This Weird Time

BONUS: What's Up With Toddler Obsessions?

Ask Margaret: How Do I Talk to My Kids About Consent?

So What Are We Doing This Summer?

Ask Margaret - My Kid Wants All the Things

Fresh Take: Carla Naumburg Tells Us How To Stop Losing It With Our Kids

Bonus: Toddlers: They're The Worst!