Ben Hall is a writer, director, producer, (and countless other job titles) in Hollywood, California.  Ben has worked with film legends like Own Wilson, Zach Galifiankis, Amy Adams, Jake Gyllenhaal and Sandra Bullock.  Films and television shows he has worked on include Lady Bird, Cosmos, Nocturnal Animals, Straight Outta Compton, and even the new Lion King movie.  Ben has filmed two films during his time in Hollywood, The Man from Outer Space (available on Amazon) and the upcoming movie Night into Day. 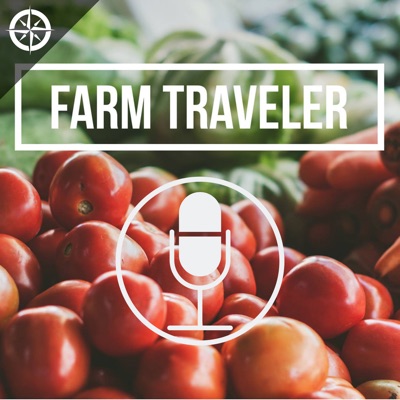 Ep. 42: Inspector by day, Podcaster by Night - Nate of Everybody Has a Story

Ep. 41: How and Why Farmers Need "Off-Farm Income" with Matt Brechwald

Ep. 40: Getting Fit for the New Year with Emily Shaw

Ep. 39: Food Bullying and How to Avoid Buying B.S. with Michele Payn

Ep. 38: The Science and Art of Butchery with Jake Levin

Ep 28: Interviewing an Astro-Botanist and other cool guests from the Future of Agriculture Podcast with Tim Hammerich

Ep 27: The future of urban agriculture across the world with Henry Gordon-Smith

Ep 26: The job of a Horticulture Extension Agent with Daniel Leonard