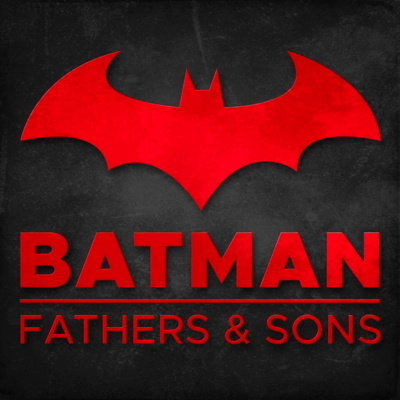 Seemingly ordinary encounter with a common criminal causes Batman to question the validity of his war on crime. The following events set Bruce Wayne on a collision course with his "evil twin" of sorts, giving Bruce a glimpse of the man he could have become without the loving guidance of Thomas and Martha Wayne.

Thrilling tale of suspense that crafts together Bat-mythology and real-world social commentary about the cause and effect of crime, as well as a relatable and heartfelt story that explores the complicated relationships between fathers and sons.

Batman - Fathers & Sons is compatible with most Batman continuities. In the Earth Prime continuity the story takes place before the Batman and Son storyline by Grant Morrison. The story is unrelated to Fathers and Sons and Of Fathers and Sons storylines by Tom King.

Batman - Fathers & Sons is a work of fiction. Names, characters, places and incidents either are products of the author’s imagination or are used fictitiously. Any resemblance to actual events or locales or persons, living or dead, is entirely coincidental.