In a tale of weedy vengeance, Abdullah and Bean investigate the life of Harry J. Anslinger—America’s first “drug czar,” author of Marijuana: Assassin of Youth, and the man most responsible for the global prohibition of cannabis. And then they settle the score.

This episode is tied to the premiere of The United States vs. Billie Holiday, a new film from Lee Daniels (Push, Empire) telling the awful true story of how Harry Anslinger used the full power of federal law enforcement to target the legendary jazz singer for multiple arrests, ultimately hounding her into an early grave.

Highlighted by a brilliant Golden-Globe-nominated performance from Andra Day, the film rightly casts Anslinger as the villain. But with the narrative focused on Holiday and an undercover FBN agent tasked with taking her down, the head of the Federal Bureau of Narcotics and his decades-long racist campaign against weed doesn’t get a lot of screen time.

So Abdullah and Bean decided to dig deep into Anslinger's horrific life story.

And yes, exact an herbally-infused revenge worthy to be called a great moment in weed history!

Special thanks to Johann Hari whose excellent book Chasing the Scream greatly informed this episode. 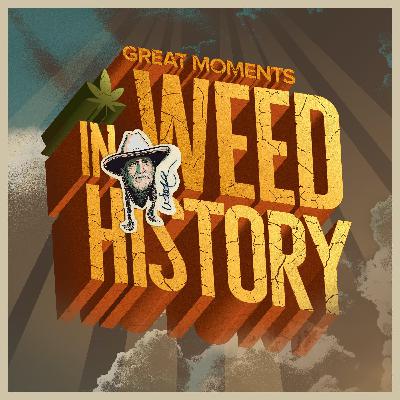