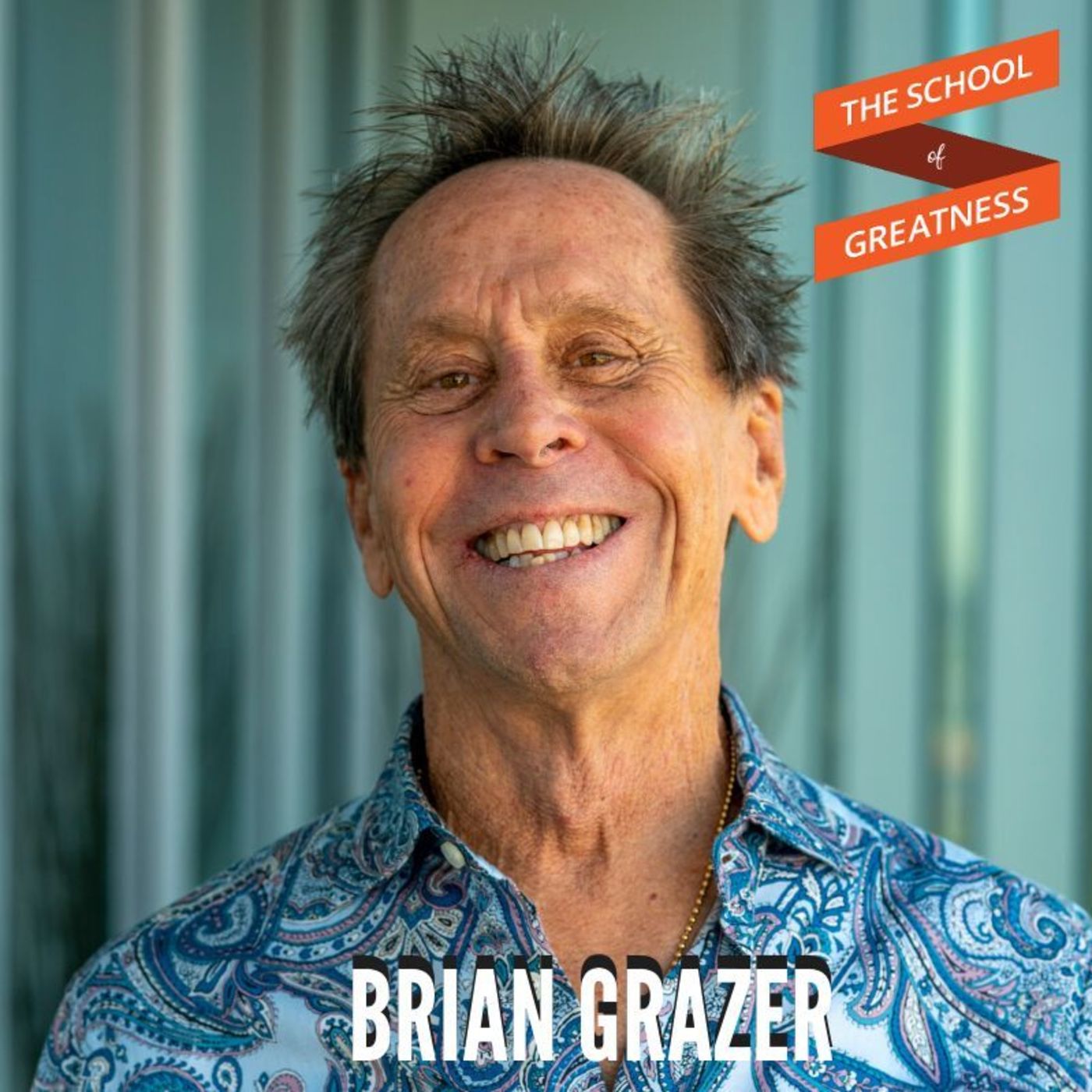 PEOPLE ARE BETTER THAN WIFI
Often, we have talent. We work hard and practice our craft.
But something holds us back from reaching our highest potential.
Often the things holding us back are fear, doubt, and a lack of self-confidence.
Do you have trouble talking to new people in crowded rooms?
Are you able to make eye contact when speaking to your peers?
Those are some of the things we need to do to improve our relationships.
If not, we could be limiting our growth potential.
Making better connections is possible, and the rewards are tremendous.
It’s up to you. Become more than the work, be the story behind the work.
Allow people to connect with that, and there are no limits to what you can accomplish.
In today’s episode of The School of Greatness, I talk about how the importance of making personal connections with the author, film producer, and movie legend: Brian Grazer.
Brian Grazer is an Academy Award, Golden Globe, Emmy, and Grammy award-winning producer and New York Times bestselling. His films and television shows have been nominated for 43 Oscars® and 195 Emmys, and he won the Best Picture Oscar for A Beautiful Mind.
In addition to A Beautiful Mind, Grazer produced the films American Gangster, 8 Mile, Liar Liar, Parenthood and Splash, and the television series Genius, Empire, 24, Arrested Development, Friday Night Lights and Felicity to name a few. He also produced the documentary The Beatles: Eight Days a Week – The Touring Years, which was a global hit both commercially and critically, having won multiple awards, including the 2017 Grammy for Best Music Film.
So, get ready to learn about why personal connections will benefit your life on Episode 868.
Some Questions I Ask:
What was the movie you learned from the most? (8:00 )
What did you learn about yourself while making 8 Mile? (14:00 )
When did you build your self-confidence? (30:00 )
What are the greatest lessons you’ve learned in Hollywood? (50:00 )
What’s it like being partners with Ron Howard? (53:00 )
Who are the top three (3) actors you’ve worked with? (54:00 )
In This Episode You Will Learn:
Why you should learn to trust your intuition. (11:45 )
The power of thinking big. (20:45 )
How being face to face is the Wifi of human connections. (23:50 )
The power of nicknames and why they empower you. (44:00 )
The importance of being present and interesting. (50:00 )
If you enjoyed this episode, check out the video, show notes, more at http://lewishowes.com/868, and follow me on http://instagram.com/lewishowes
Comments
In Channel

1011 Do This Exercise to Find Your Purpose

1003 Jay Shetty: Mindset Habits for Happiness, and Thinking Like a Monk

Episode 1,000: A Journey to Greatness (This Will INSPIRE You!)

996 This Evening Routine Will Transform Your Life

995 Self-Image, Intimacy, and the Dangers of Comedy w/Nikki Glaser

994 Secrets of Attraction, Dangers of Sex, and Keys to Finding THE ONE w/Stephan Speaks

993 Learn to Love Yourself (the BLUEPRINT to Acceptance)