Imagine being a 13 year old girl in the 90s and entering an AOL chat room where everyone is pretending to be YOU! The 90s:, dial-up, Rainbow Bright, and Eve LaFountain 'single handedly bringing down Disney's first reality TV show'.

In this episode Amelia and Eve chat about what it was like to be a teen Disney star, being Native in Santa Fe, Video Art, Experimental Film, Virtual Reality and were all early hackers really 13 year old girls? 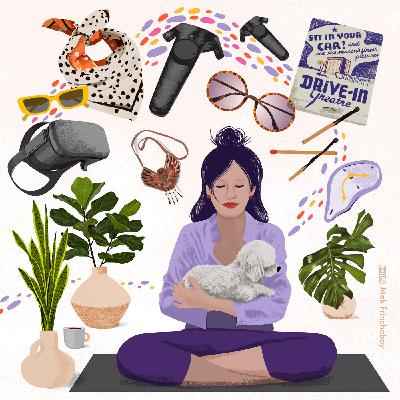 Comedy in the age of Quarantine: A conversation with comedy writer and performer Joey Clift

Decolonizing Community Care in Response to COVID-19: A Conversation with Jade Begay

Rock Hands with "Roo": a conversation with DeLesslin "Roo" George-Warren