In this episode, Nina Cnockaert-Guillou is talking to Nicola Tooms and David Kilgallon from the Isle of Man, who both have children at Bunscoill Ghaelgagh, the only Manx-medium school in the world. They explain the origins of their love of the Manx language and culture, and talk about raising their children in a bilingual environment, language revitalisation and how they are using Manx in many different ways!

Here are some links if you want to follow up on our discussion:

An article regarding the UNESCO's classification of Manx as extinct.

An article published after we recorded this episode about a potential future Manx-language secondary school.

The Bunscoill's play "Mollyncroat" is available to listen here, with links to the lyrics and helpful tools to sing along!

An article on the exchange between Bunscoill Ghaelgagh and a Gaelscoil in Ennis, co. Clare in Ireland.

An article on the trip to Wales with the dance group Skeddan Jiarg.

The Breton-Manx collaboration was between David Kilgallon, Lors Landat, Thomas Moisson and Mera Royle (link to the 2019 concert).

This episode is in English.

Curation & the National Library of Scotland

What is the Association of Celtic Students of Ireland and Britain? 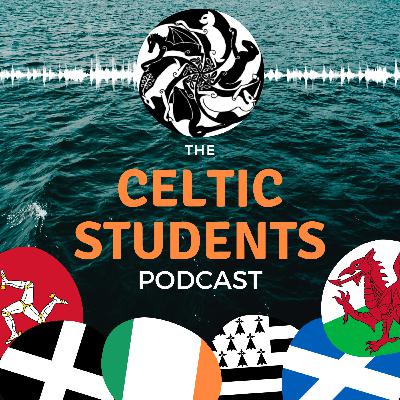