So, a long time ago Carrie had a dog named Scotty, and she used to fill in at the police department as a dispatcher. For those of you who don’t know, she dispatched part-time because even though she made enough money writing (right then) she got worried that:

1. I will suddenly make no money at all

2. I need to build up social security benefits

3. I will forget how to interact with other humans if I’m always at home.

Scotty was her new dog and he was a rescue dog from Alabama who was in a kill shelter, and for a long time we have thought that he was perhaps a grandpa who liked crawfish and Bud Lite a lot and was somehow caught in a dog’s body - like he was a shapeshifter who got stuck.  He had a puncture wound in his neck when he got to Maine, two small holes. So, a vampire with a shapeshifting virus was possibly to blame.

Carrie had decided this was a true possibility. Already, she'd witnessed him:

1. Get ice out of the refrigerator.

2. Use his paw on a door handle to open a door.

And then when Carrie came home late, she saw a drawer that had been COMPLETELY shut when she left the house, and it was now open. Food was strewn everywhere. This meant Scotty grabbed the drawer with his mouth and got it open at least a little bit and then he either wedged his nose in or something and opened it more. 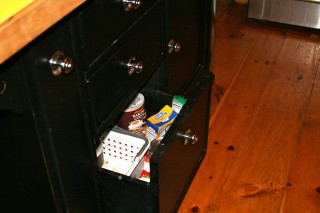 Why would he do that? Oh, he was probably sick of dog food and bored because she was gone. Which is doggy behaviour, we know,

Side note: Dog saliva combined with powdered sugar on a wood floor creates a glue-like paste that is impossible to vacuum or mop up. It must be attacked with Clorox bleach wipes. Carrie swears. She did not know this until that night.

And finally, though they ate peanut butter chips and brown sugar and confectioner’s sugar and Crisco shortening and Shepard’s pie mix and Italian seasoning mix, they did NOT eat chocolate! 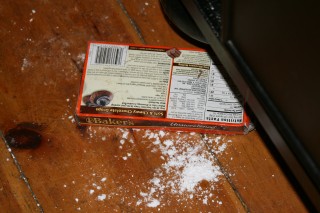 And the dogs left it, only tearing open the end.

Carrie sort of imagined Scotty holding Tala back and saying, “Baby. It smells good, but it’s poison. It will kill us. Lets go lick up the sugar." 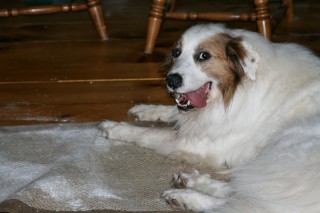 You know it, baby. Now go get me a beer while I lick the sugar off this here rug.</figure>

Writing Tip OF THE POD

What does all this have to do with writing? It's like what we were talking about in our Random Thought in the Car (you have to listen to hear that and about Carrie's accident). All stories aren't good ones. All people aren't perfect. The best writing is when those little imperfections about character or people peek through.

And use everything for your stories. Mine your lives and your dogs' lives, too.

Dude. Do not eat the chocolate. Have some self control.

How to Be A HAPPY writer, Big Foot, Statues that Pee

How to Deal with Distractions like Trolls and Panting

Are You A Drama Queen or a Melodrama Queen 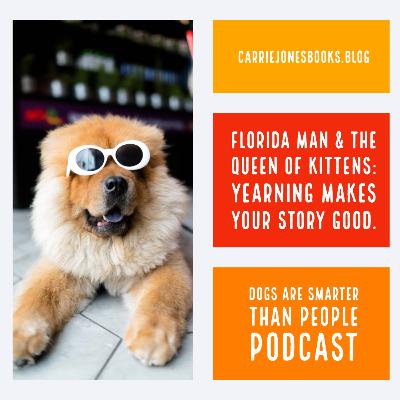 Florida Man and the Queen of Kittens - Writing With Yearning

Motivation and Creativity And Hand Pies

Licking The Kitten and Embracing Vulnerability

Am I the Butt Face? How to Make and Be a Likable Character 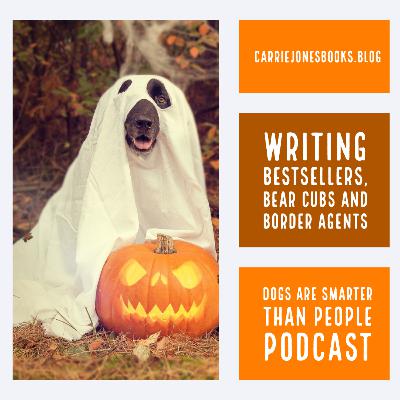 Let's Write a Bestseller, Plus Bear Cubs and Border Agents 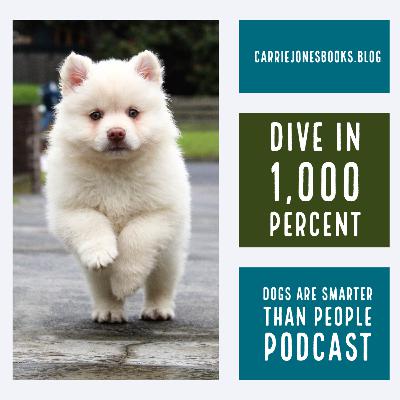 How to Write Back Story also Running is Evil

Passive Aggressive Much? And How to Become More Awesome in Just 30 Minutes a Day 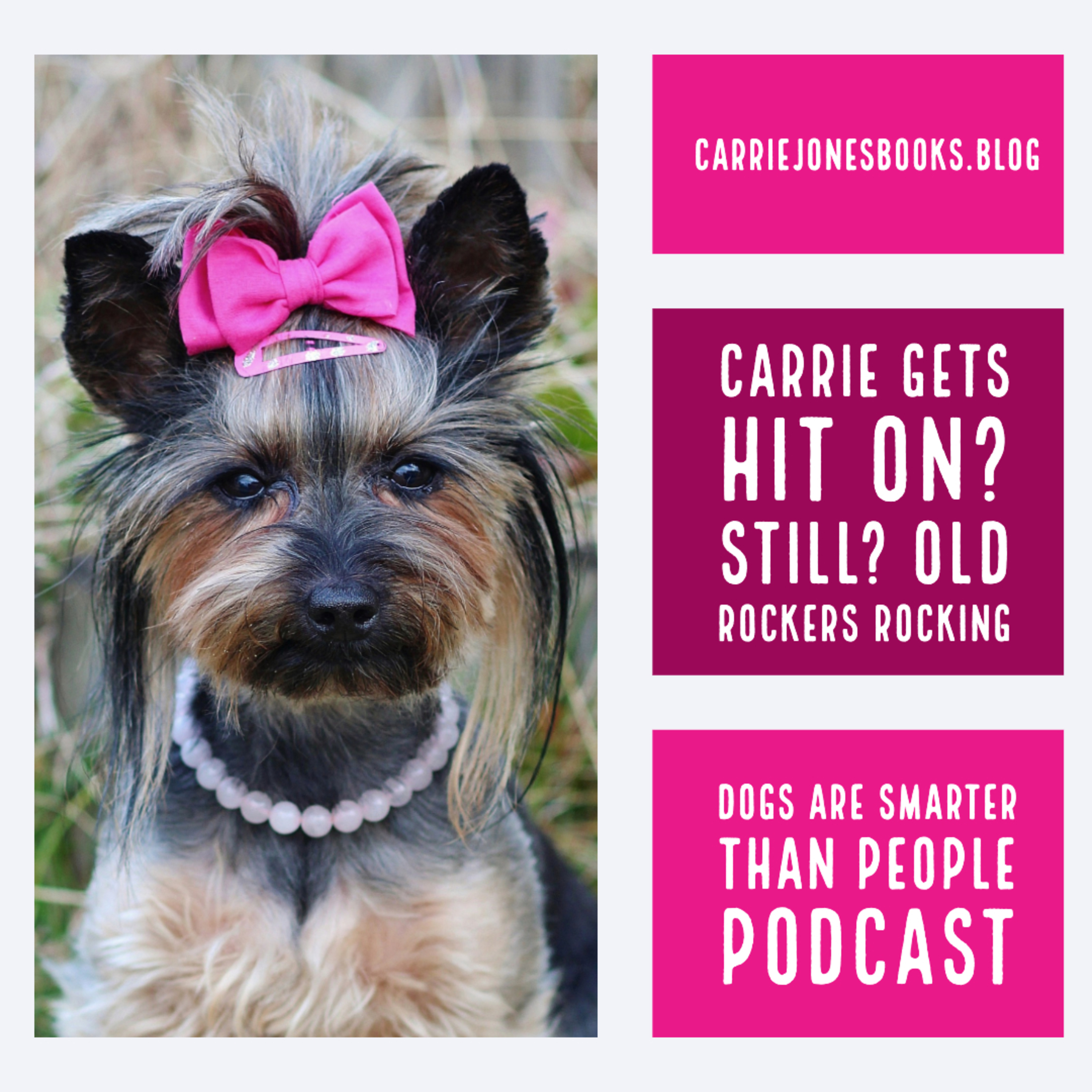