We'll name the winner in the Tournament of Disney Rides presented by World of Walt, as either Rise of the Resistance or Haunted Mansion claim the crown. Then we'll remember the story of Corduroy, and write up our first Fairy Tale Typo, Little Miss Mullet.

Plus:
* News: Flynn Rider Competes on American Gladiators, and Captain Nemo signs on for Rub-a-Dub-Dub, Three Men In a Sub
* Climb the clock with Hickory Dickory Dock (which apparently has a secret verse about a snake?)
* Andrew Mitchell is back on Rapunzel's Jukebox, singing our new version of Del Shannon's Runaway Little Miss Muffet and Georgie Porgie.

Tournament of Sidekicks, The Flintstones, The Emperor's New Cars

TaleSpin, Superman, and True Crime: Not Your Mother's Goons

Gilligan's Island, The Hokey Pokey, Phantom Menace of the Opera 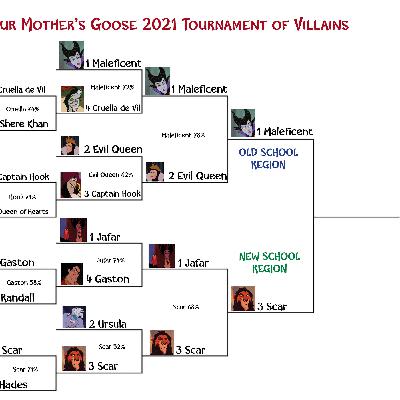 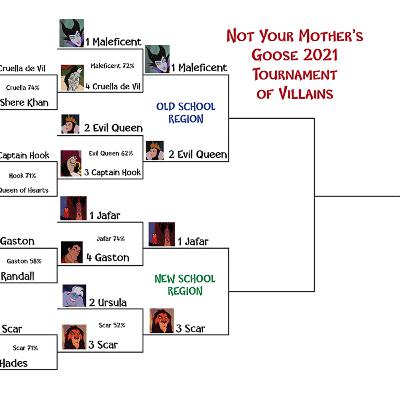 Tournament of Villains Round 2, Little Tommy Tucker, Sleeping Beauty and the Beast