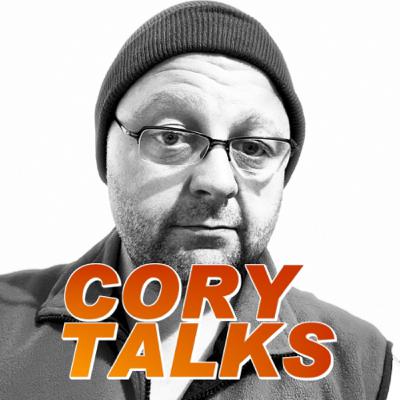 On this edition of Cory Talks...

It's the 2020 series finale episode. And it's the longest podcast I've done so far coming in at 67 minutes. Please don't miss this one and certainly do not feel you have to listen to it all at once. There's breaks after around each 20 minutes.

While Victoria continues on its path to COVID Normal, not so good news out of South Australia which initiated a brief lockdown this past week. It ended earlier than expected because a man lied to contract tracers about his association with a pizza shop. Still health officials were working hard to bring this outbreak to a swift conclusion.

Meantime the inquiry into contract tracing in Victoria has seen disappointment levelled at the Department of Health and Human Services over their handling of contact tracing.

Australian Defence Force chief Angus Campbell held a media briefing on Thursday over the damning report into Australian Special Forces members abhorrent actions in Afghanistan. *WARNING* the audio contained in this edition of the podcast will be confronting to some.

The media diversity Senate Inquiry is going to happen looking into Rupert Murdoch's influence on the Australian media scene, as the attacks on its two poster children, former Prime Minister's Kevin Rudd and Malcolm Turnbull intensifies. A Melbourne based podcaster claims he "tested the system" by getting someone to forge fake digital signatures for the petition.

A $1.2 billion AUD victory for those wrongly assessed by the government as owing money to the nation.

A big shout out to a really nice and generous person. Filmmaker and musician Patrick McGuinn sent me five of his films after a compliment on YouTube I posted in reference to one of his films. Hear the story on this episode.

This being the final show for 2020, I have not one, not two, but three special guests...

Guest: - Grant Baensch (@grantbaensch on most social platforms) joins me to talk about his love of the King, Elvis Presley and a radio show he does in tribute.

Guest: - Ellie D (@elliedofficial on most social platforms) tells us what's ahead in 2021 for her podcast and YouTube Documentary Series - Behind The Music with Ellie D, plus another project in the new year. www.elliedofficial.com

Guest: - Johnno Smallman (@thebizzwithjohnno on Instagram) reviews his year of entertaining us all with his live Instagram Shows during a year where we desperately need entertainment, and what's in store for 2021. The Bizz with Johnno on YouTube: https://www.youtube.com/channel/UCwErbx3kGBRTSaboCnXJ1VA

Don't forget to subscribe if you haven't already and turn notifications on so you can be alerted when there's new episodes out.

What's happening in 2021 for me? Well time will tell. I'll most probably be back before January 20 for the American Presidential Inauguration.

I source information from a variety of sources, most commonly ABC News Australia, Independent Australia and The Guardian.

Send in a voice message: https://anchor.fm/corytalkspodcast/message
Comments
In Channel