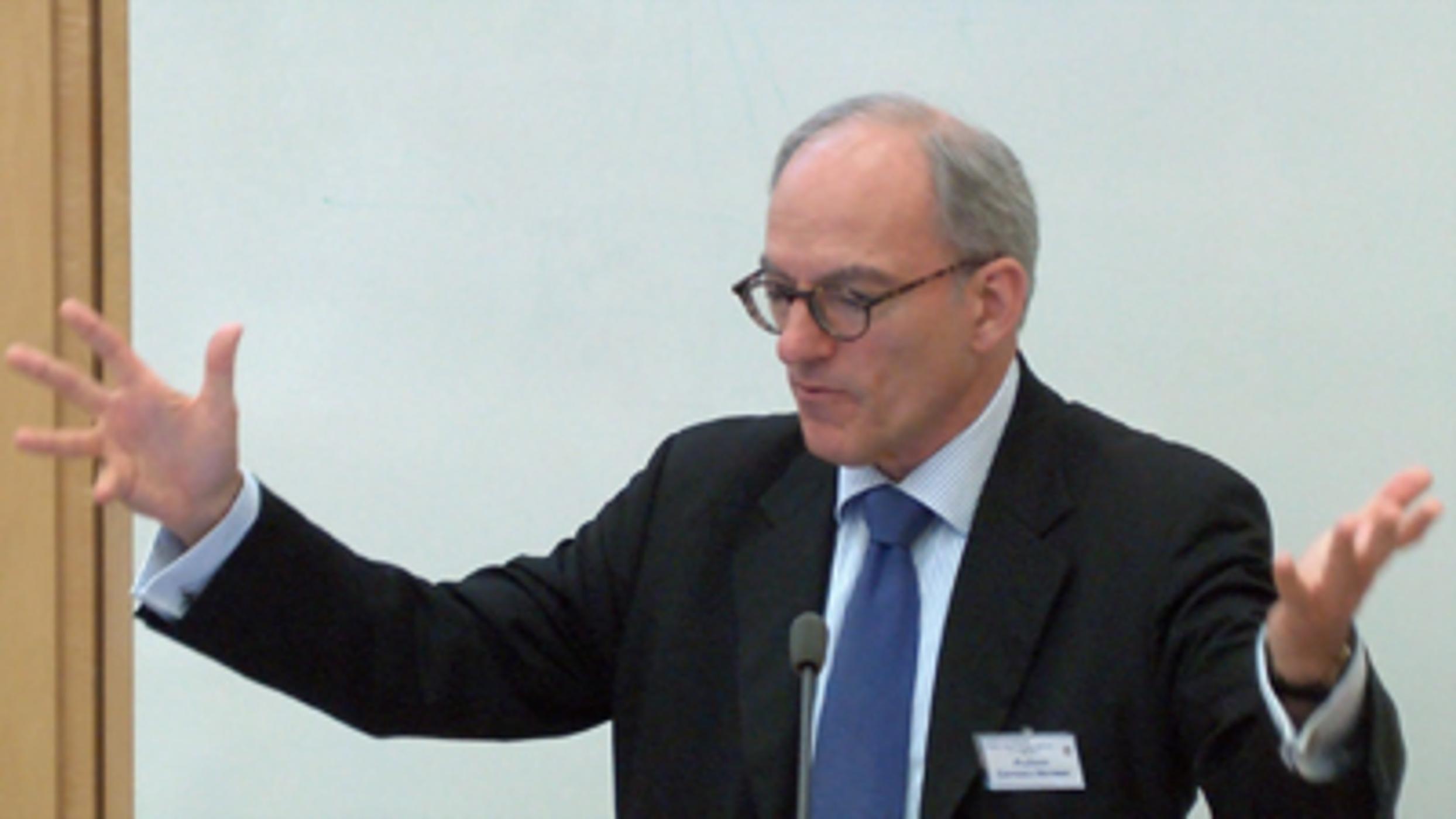 Lawrence W. Sherman was elected Wolfson Professor of Criminology of the University of Cambridge in 2006. As Greenfield Professor of Human Relations at the University of Pennsylvania from 1999-2007, he was appointed the first Director of Cambridge University’s Jerry Lee Center of Criminology and first Chair of its Department of Criminology. Prior to that, he was Distinguished University Professor at the University of Maryland and an associate professor in the University at Albany’s School of Criminal Justice.
His research interests are in the fields of crime prevention, evidence-based policy, restorative justice, police practices and experimental criminology. He has conducted field experiments, for example, on finding more effective ways to reduce homicide, gun violence, domestic violence, robbery, burglary, and other crime problems, in collaboration with such agencies as the Metropolitan, Northumbria and Thames Valley Police, London’s Crown Courts, HM Prisons, the Crown Prosecution Service, the Youth Justice Board of England and Wales, and the National Probation Service. Since 1995, he has been co-directing a program of prospective longitudinal experiments in restorative justice involving some 2500 offenders and 2000 crime victims. Since 2005, he has been developing new tools for predicting murder among offenders on probation and parole in Philadelphia, as well as randomized trials of intensive services among highest-risk offenders.
He has served in many professional offices. He has been president of the American Society of Criminology, the International Society of Criminology, the American Academy of Political and Social Science, and the Academy of Experimental Criminology. He has worked on several projects of the (US) National Academy of Sciences, and as a consultant to the FBI, the (UK) Home Office and Youth Justice Board, the Swedish Ministry of Justice, the (US) National Institute of Justice, the New York City Police Department, the National Police Agency of Japan, the Korean Institute of Criminology, the Justice Ministry of Lower Saxony, and many other agencies. He is a member of the steering committee of the Campbell Collaboration Crime and Justice Group, and a member of the Pennsylvania Commission on Crime and Delinquency.
In recognition of his work, he has received the American Society of Criminology's Sutherland Award, the Academy of Experimental Criminology’s McCord Award, the American Sociological Association’s Award for Distinguished Scholarship in Crime, Law and Deviance, and the Academy of Criminal Justice Sciences’ Bruce Smith Jr. Award. He has also been elected as a Fellow of the American Society of Criminology and of the Academy of Experimental Criminology. In 2011 he was awarded the Benjamin Franklin Medal by the Royal Society for the Encouragement of the Arts, Manufactures and Commerce .
Professor Sherman is also the founding co-chair of the International Jury for the Stockholm Prize in Criminology.

Peter Neyroud served as a police officer in Hampshire, West Mercia, Thames Valley (as Chief Constable) and the National Policing Improvement Agency (as CEO). He has been a member of the Sentencing Guidelines Council, Parole Board, National Policing Board and National Criminal Justice Board. Before retiring from the police in 2010, he completed a “fundamental review of Police Leadership and Training” for the Home Secretary, which was published in April 2011 and proposed radical change to the training and development of police officers and the establishment of a new professional body for policing. As a PhD student, he has been managing a major research programme at Cambridge University into Crime Harm and a randomised control trial in Birmingham. He is also a widely published author of books, articles and papers on policing, Editor of the Oxford Journal of Policing and Associate Editor of the Springer Encyclopedia of Criminology and Criminal Justice. He is a Visiting Professor at Chester University. He was awarded the Queen’s Police Medal in 2004 and a CBE in the Queen’s Birthday Honours List in 2011.
Comments
In Channel