It came up early: can a woman win? The candidates agreed that the answer is yes after Bernie Sanders denied Elizabeth Warren's accusation that he told her a woman couldn't win.

And as the candidates debated trade, Sanders stood out as the only opponent of USMCA, the replacement for NAFTA.

Elizabeth Warren has a track record of claiming victimhood status only to be called out on it later on and proven wrong. The biggest example is when she claimed she was fired from a job because she was pregnant. Not only do we have the records disproving that, we even have her on camera many years ago countering this claim.

NPR's Throughline Presents: 'She Got Next'

On the Ground In New Hampshire

Voters Of Color At The Center Of Heated Democratic Debate

Tensions Between Pelosi and Trump on Display After Senate Acquittal

"Stronger Than Ever Before": Trump Delivers Made-For-TV State of The Union Address

In Impeachment Trial, Both Sides Make Final Pitch on Conviction vs. Acquittal

Special Episode: On The Ground in Iowa

NPR Politics Live From Des Moines: The Road To 2020 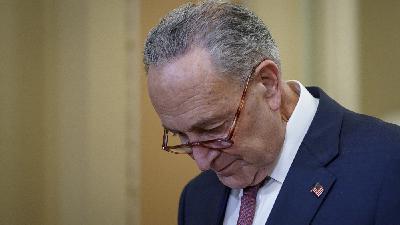 Witness Vote Fails, But Impeachment Trial Stretches To Next Week