Dr. Ben Lynch discusses more about histamine, gut health and why gallbladder issues are so common and tips to optimize. We also look at gene testing and why considering clusters of interrelated genes and their associated networks instead of myopically focusing on one good or bad gene variant is much more useful for determining your health weaknesses and strengths.

Support your Sleep and Electrolyte levels with Myo Relax by MYOXCIENCE Nutrition: http://bit.ly/2HgCPOs

Save with code: Podcast

Test your genes with StrateGene: http://bit.ly/strategene

Save with code HIH

06:23 Genetic testing identifies a potential susceptibility to health and mental health complications. It is one of many tools.
06:50 Dirty Genes book is full of quizzes which identifies genetic issues without doing genetic testing.
07:45 Lifestyle habits are passed down through generations, so issues may not be caused by genes.
08:35 Less than 5% of cancers are heritable. Only 1% of Parkinson’s is genetic.
09:25 Conventional medicine using pharmacological interventions are by force. Naturopathic and functional medicine is nurture and restorative, with an appreciation for the biochemical network.
10:50 Look at genes in a wholistic way. There are about 18,000 genes in our bodies.
12:10 A single variant is minuscule compared to the other 18,000 genes communicating. And there are many other variables that make studying a single variant complicated. For example, is the study subject sleeping in a hot or cold room, mouth breathing, has a sleep partner snoring, and loaded with stress? It appears as though epigenetics overrides the majority of other provocations.
13:40 You must look at the research with a wholistic view. Look at many studies.
14:35 You do not need genetic testing. Listen to how your body is feeling and give those areas in need more love, attention, and protection.
16:12 Some genes are highly influenced by epigenetics and others are not. Sometimes is it a matter of workload for the gene.
18:00 If you have the MTHFR variant, you are less likely to die from malaria. You may have a reduced ability to methylate folate, but methylfolate can be found in leafy green vegetables and animal livers.
20:40 At some point, mutated genes helped your ancestors survive. Our genes are adapting to our new environment, and we are passing this on to our kids.
23:20 Dr. Lynch had to choose 7 genes out of 18,000 for the book. He chose MTHFR because it effects the entire genome. Two glutathione genes were chosen because oxidative stress effects the entire genome.
24:00 CMT and MAOA were chosen for their impact upon brain function.
24:30 DAO works on histamine metabolism in the gut, which can cause leaky gut.
25:00 PEMT: Solid cell membranes create cell membranes and create storage for histamine and your neurotransmitters. This phosphatidyl choline synthesizing gene highly polymorphic.
26:45 Nitric oxide is important for emergent heart issues.
26:50 By focusing on supporting these 7 genes, you are positively influencing all of your genes.
28:45 Phosphatidyl choline keeps your bile from being thick and sludgy. You need 10 parts phosphatidyl choline to one part cholesterol to have your bile flow.
30:23 If you are an obese woman in your 40s and still fertile, you will struggle with a gallbladder issue, especially if you have a PEMT variant. The primary stone in the gallbladder is formed from cholesterol. It stems from fatty liver.
32:44 The phosphatidyl choline supplement is used to improve bile flow, but since it is a lipid, it cannot be fully absorbed to improve bile flow. With PEMT variant, reduce consumption of fats and reduce the workload on that gene.
33:45 Visceral manipulation is a near instant fix for bile flow. It is massage to compress your liver. You will have an amazing bowel movement. Support with herbs that stimulate bile flow and production, like glycine, taurine, bitter herbs, ginger, and artichoke. Then supplement with phosphatidyl choline.
36:00 There is data about bile acids and dysfunctional bile acid signatures in the brain and heart.
36:50 Bile has antimicrobial properties. Taking ox bile at meals to help with fat metabolization. Ox bile taken between meals gets into your small intestine to kill off overgrowth bacteria. Maybe take it with a little charcoal. Bacteria release gasses and compounds that cause issue when they die and break open. Binding these is important.
38:28 Acid reflux is bile coming through a leaky pyloric sphincter.
39:10 The StrateGene test for neurotransmitters looks at the reduction, transport, binding to the receptor and the synthesis/metabolism of key neurotransmitters.
41:20 Pesticides slow the HTR1B gene. They bind to the serotonin receptor.
42:00 The metabolism of neurotransmitters can be fast, typical or slow. Many medications target the reuptake of neurotransmitters to keep it in the brain, rather than have it reabsorbed.
43:00 Many of us who take SSRIs get no effect because they have no or too little serotonin in the brain for the medication to work with.
43:30 5-HTP is a primary precursor to serotonin. The DEC gene converts 5-HTP to serotonin, uses vitamin B-6.
48:20 Sleep is associated with serotonin. Serotonin is converted to your melatonin. Taking supplemental melatonin may mean that serotonin is still in your brain, producing a “wired and tired” feeling.
50:55 Adderall and Ritalin are addictive amphetamines. Amphetamines block the reuptake of dopamine. Harm can be done with higher doses of amphetamines when we already have a slow ability to remove dopamine from the brain.
53:50 Medications can be useful as an intermittent intervention. Many times, non-pharmaceutical interventions can be used strategically with genetic testing.
55:05 Ritalin is toxic to the brain because it keeps so much dopamine in the brain, making dopamine quinone. Three toxic compounds are produced when you break down dopamine.
58:40 We think that Parkinson’s is a low dopamine state, so patients are prescribed L-dopa. L-dopa may have been the reason their brain was toxic to begin with from a messed up MTHFR.
59:15 Supplementing with dopamine hastens the destruction of the Parkinson’s brain. Parkinson’s is a damaged state due to a pro-oxidative environment in the brain, possibly due to more elevated dopamine or a trapping of some of the toxic metabolites of dopamine in the brain.
01:01:17 Quinones are highly reactive and hard to calm and neutralize. Glutathione does not neutralize a reactive quinone. PQQ is helpful. Carnosine is also helpful and rapidly metabolized by carnosinase and converted into histamine and histidine. N-acetyl carnosine keeps carnosine in circulation longer. It is protective of the brain and is also used in eye drops for cataracts.
01:05:20 Eye health/function is an indicator of brain health. Your eyes contain the most mitochondria per density of any organ or body part. Eyes use a lot of oxygen and requires a lot of glutathione and other antioxidants for support. 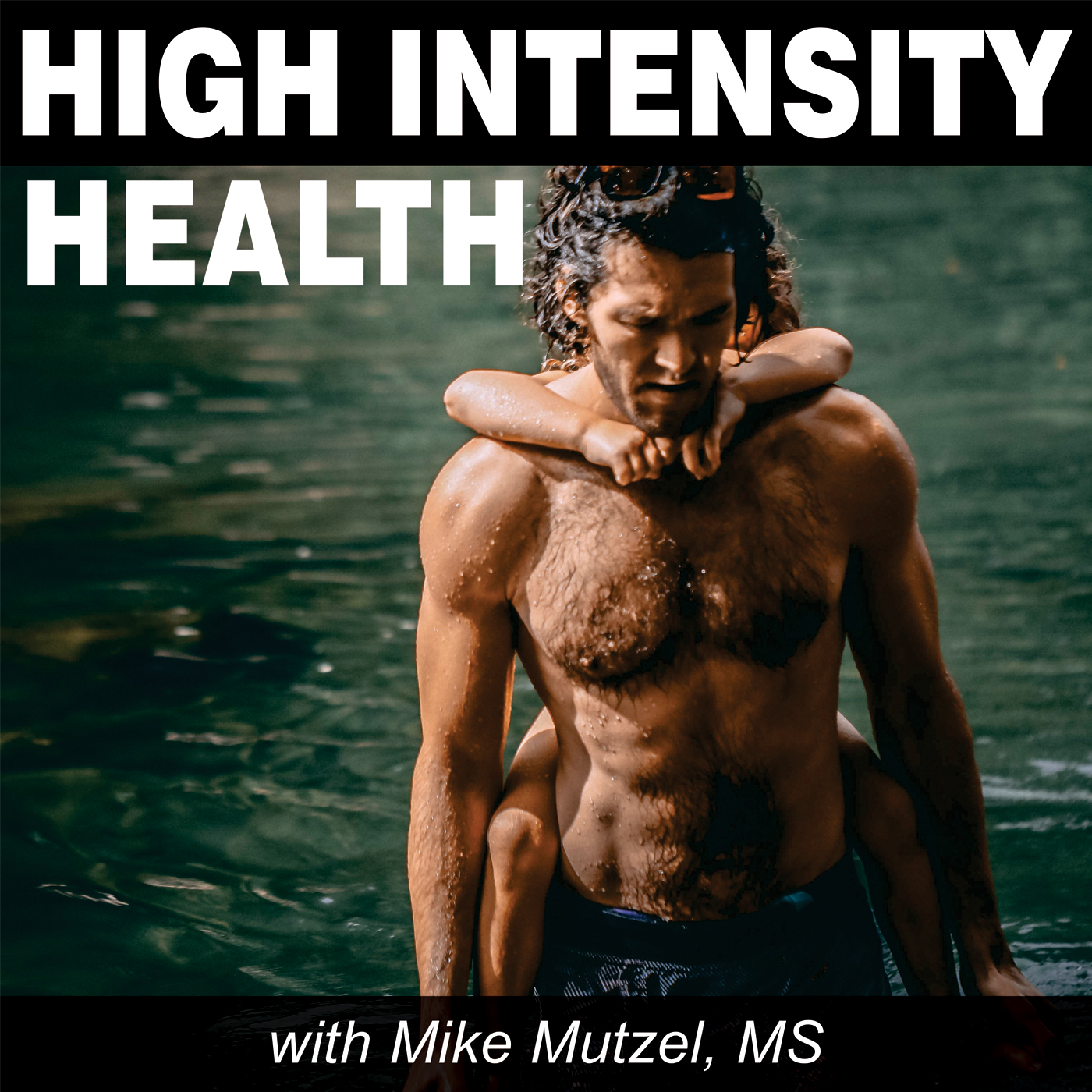 Joe Rogan VS Dr Sanjay Gupta of CNN: 5 Clips That Should Have Made the News

Your Mitochondria Have Antiviral Properties: Where's the Exercise Mandate

The Spike Protein and Vascular Disease, A New Finding from UK Researchers

Autophagy, Fasting & Your Health: How to Test & Measure This Important Process

Best Intermittent Fasting Window, It Actually Depends on the Season, Here's Why

The Pandemic of the Unvaxed or the Epidemic of Obesity: Scientists Speak Out