On the latest episode, Carsten & Stephen examine the staggering body of work by Canadian horror legend David Cronenberg, starting with his appearance in the new mystery Disappearance at Clifton Hill, then a breakneck run through his extensive and wide-ranging filmography, from scientific horror to historical drama and beyond.

Check out CKDU every Tuesday afternoon at 5pm AST for a new episode of the show!

KNOWING NOLAN, a look at TENET (and how it connects with the rest of the Christopher Nolan filmography) 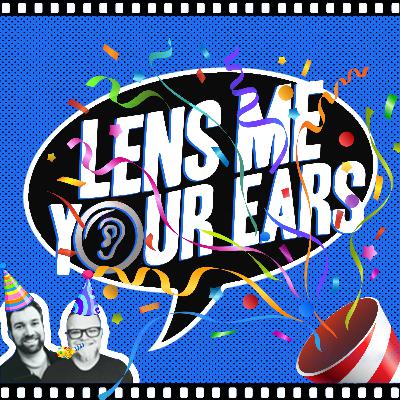 Escape Plan - films about shaking off your shackles and making a break for freedom.

''Off the Shelf 2' - From Monkees to Marvin Gardens: The BBS Story

'1917' and other films about the First World War

LENS ME YOUR CHEER- Stealthy and less heralded Christmas movies

"Terminator: Dark Fate" and the filmography of Arnold Schwarzenegger

"Gemini Man" and a look at the complete filmography of director Ang Lee.

LENS ME YOUR EARS