Taylor Glenn is a UK-based American comedian, writer, and podcaster who is one of the creators and hosts of the hit UK podcast Drunk Women Solving Crime which has had sold out runs in London and Edinburgh, won a Writers' Guild of Great Britain Award in 2022 and is nominated for two British Podcast Awards this year. Taylor has written for the new series of Breeders staring Martin Freeman and Daisy Haggard, has contributed to several programmes for BBC as well as writing for Comic Relief, The Guardian, The Daily Mash and Standard Issue Magazine. Taylor Glenn is guest number 201 on My Time Capsule and chats to Michael Fenton Stevens about the five things she'd like to put in a time capsule; four she’d like to preserve and one she’d like to bury and never have to think about again . 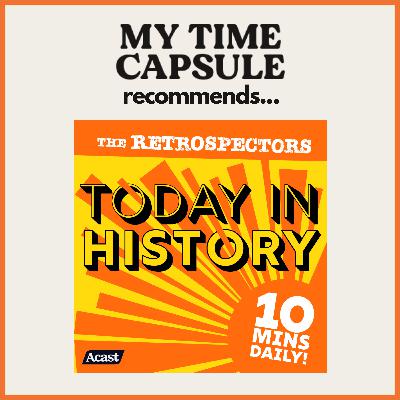