I was delighted to finally open up the Metal Cell studios to welcome Chris Harte of Bailer. When Chris sent me on 'Disposable Youth' a few days previous, I was nervous enough approaching it. The four singles sounded immense but how would they interact with the rest of the songs and how would it play as a whole album from the start to finish. The results were jaw dropping! Bailer have made the debut album we all hoped they would. They have given the Hardcore/Metal scene the shot in the arm it needed, a voice to a generation who have suffered from mental health issues, abandonment and sheer frustration at living in a void created by a failure of successive governments. The album grabs the listener by the throat and forces you to face what Bailer wants you to see....a brutal reality filled with hostility, where you are battered with seismic riffs and pummelled into submission by a band that are on top of their game. Chris navigates us through the making of 'Disposable Youth' their debut album, we explore the topics of the album and you get to hear clips of all the songs. A special thanks goes out to Paul Flynn of Paul Flynn Productions who did a fantastic job of filming and editing the episode which is available on The Metal Cell YouTube channel. Shout outs also to JGVisuals and Paul Flynn for the additional content.

All songs used on this episode © 2021Bailer all rights reserved.

Episode 159: Jarvis Leatherby is the singer/bassist of U.S Metal band Night Demon. He is also the promoter for the upcoming Frost & Fireland Metal Festival (June 17th/18th 2022) in Derry, Ireland. 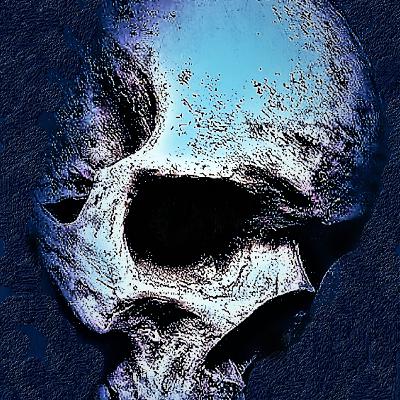 The Metal Cell Forums Best in Irish Metal 2021. Join myself, Danielle, Evan, Howard and Joe as we talk about the best Irish Metal releases in 2021. Pt.2.

Episode 153: The Metal Cell Forums Best in Irish Metal 2021. Join myself, Danielle, Evan, Howard and Joe as we talk about the best Irish Metal releases in 2021. Pt.1

Episode 145: MOLYBARON. Gary Kelly, the Irish vocalist and guitarist of the band talks about moving to Paris and creating the band. MOLYBARON are about to release their sophomore album; a ten song epic titled "The Mutiny" .

Episode 143: The Risen Dread. I was delighted to welcome Marco Feltrin (Vocals) and Mat Maher (Bass) of The Risen Dread to the show. The lads along with Colum Cleary (Drums) and Will Ribeiro (Guitars) have been busy preparing for the 2022 album release of "Night Hag" on Wormholedeath Records.

Episode 142: The Metal Cell Forums. Join myself, Danielle, Evan and Joe and our special guest Fergal 'H' Holmes of D.M.E Promotions. We talk about the Metal Scene, review bands and discuss topics related to our favourite music....METAL!

Episode 141: Haint. Ian Booth (Vocals/Guitars) and Darren Lavery (Bass/Vocals) of Haint, fill us in on the progress of their new recording and future plans of the three piece along with Steve Hobson (Drums)