This month, Jack and Shobita talk about the role of government in both funding and regulating innovation, as well as the politics of vaccine approval as European governments suspended distribution of the AstraZeneca vaccine. And we speak with David Goldston, currently director of MIT's Washington office, who has extensive experience in science and technology policy including on Capitol Hill and at the National Resources Defense Council. He was also a former columnist at Nature.

- Shobita Parthasarathy (2021, March 17). "The AstraZeneca Vaccine Crisis in Europe Isn’t About Science at All." Slate.

Study questions:
1. How does "evidence-based policymaking" work in practice?

2. Is it possible for science and technology policymaking to be apolitical?

3. Why is "evidence-based policymaking" insufficient?

4. If scientists are still so trusted in our societies, why is there a perception that there isn't?

Episode 25: Science in Abortion Politics and the Failure of One Laptop Per Child ft. Morgan Ames

Episode 20: Risk, Expertise, and the Power of Community Perspectives in Science and Technology ft. Jason Delborne

Episode 17: The Next Big Science Policy and the Material Realities of AI ft. Kate Crawford

Episode 14: Equity in Science and Technology Policy and the Promise of Vaccines Ft.Maya Goldenberg 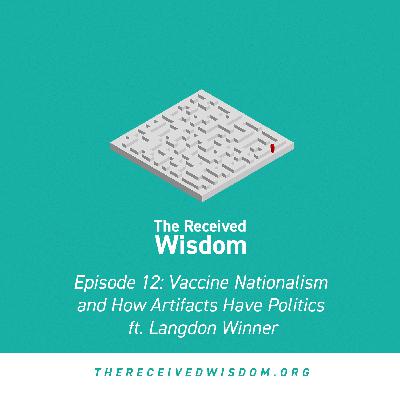 Episode 10: Envisioning a Just Future With or Without CRISPR ft. Ben Hurlbut

Episode 6: COVID Knowledge, Technology, and Politics: Dispatches from Around the World