Myself and Evan have a great chat with Ryan, Colin and Chris of Northern Ireland Metallic/Hardcore band Axecatcher. Bursting onto the scene in 2012 the band were quick to make a name for themselves with the first single “The Odalisque” becoming a featured track on BBC Across The Line’s feature 'That New Band Smell. With a string of critically releases behind them the band took a brief hiatus which saw them go through a few line up changes. In 2017, Chris joined and the three piece haven't looked back since. Their immense live shows have been smashing audiences up and down Ireland over the years; one need only listen to their brutal new album 'Tooth Over Claw' and it will have you checking tour dates for the band immediately. Having had the pleasure of seeing them support @wornoutnoise was enough to get Axecatcher on the show to convert more people out there to their exciting brand of Metallic Hardcore. 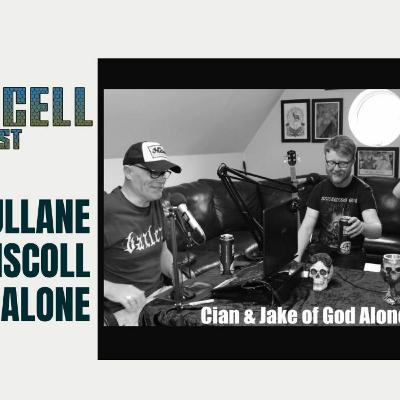 Episode 177: The Metal Cell Forums. Join myself, Danielle, Evan & Joe as we talk about Myspace, metal and music!

Episode 173: The Metal Cell Forums with Danielle, Evan and our special guest John Ard of Bad Reputation and Siege of Limerick festival.

Episode 170: The Metal Cell Forums Live Facebook Stream 16.03.22. Join myself, Howard, Evan and Joe as we review bands and discuss topics related to our favourite music....METAL!

Episode 167: Kaz (drums) & Maeve Molly (guitars/vox) of Vulpynes, Eddie (vox) of The Nilz & Jim (guitars) of Hashmaker all talk about their upcoming appearance at the Relapse Festival in Cork.

Episode 163: The Metal Cell Forums Live Facebook Stream 27.01.22. Join myself, Danielle, Evan and Joe as we review bands and discuss topics related to our favourite music....METAL!