Discoveren(gender)edEpisode 4: Ruth Glenn, CEO and President of the NCADV

On our show today, our guest is Ruth M. Glenn, the CEO and President of the National Coalition Against Domestic Violence (NCADV).  Previously Ms. Glenn was employed by the Colorado Department of Human Services for 28 years and served as the Director of the Domestic Violence Program (DVP) for the last nine of those years.  Ruth has worked and volunteered in the domestic violence field for over 25 years and holds a Masters’ in Public Administration (MPA) from the University of Colorado Denver, Program on Domestic Violence, as well as a BA in Communications.

Ms. Glenn has served on many domestic violence program and funding boards, provided hundreds of presentations on domestic violence victimization and survival, testified before the Colorado state legislature and the United States Congress, and provided consultation, training and technical assistance on a local and national level on victim/survivor issues as they relate to domestic violence.  As a survivor, Ruth also often shares her experience to bring awareness about the dynamics of domestic violence.

She is here with us on this episode to talk to us about the work she does at the NCADV and to debunk commonly held myths of survivors and abusers and how survivors and advocates like herself can play a vital role in the crafting of a national narrative in this work that is inclusive, empowering and impactful.  We will be speaking with Ruth about the NCADV’s role in the creation of the DisarmDV website and partnership which will address gun violence prevention and reform in America, the role of the media in reporting on domestic violence and in particular, its role in gun violence, and her thoughts on the intersection of race, class and gender as it has played out in the NFL’s DV and kneeling policies.

Here are links to some of the references we discussed in the course of our conversation:

And here is a tweeter commenting on the #genderbias in the reporting of the incident: 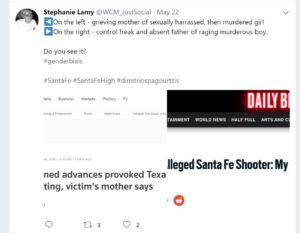 ...and the media's downplaying of the shooter's abusive childhood, which is often minimized or erased as part of #massshooter media coverage. 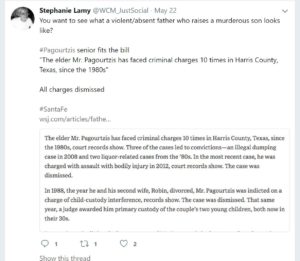 Here is the letter that Ruth wrote to Sarah Palin when her son, Track, was arrested on domestic violence charges and Ms. Palin blamed President Obama and mental illness as the reason for his behavior.

Thanks for tuning in to the en(gender)ed podcast!

Be sure to check out our en(gender)ed site and follow our blog on Medium.

Consider donating because your support is what makes this work sustainable.

Episode 5: Michelle Carroll of the NYS Coalition Against Sexual Assault

Episode 11: Kathleen Russell of the Center for Judicial Excellence

Episode 13: Allen Corben on NOMAS and male allyship in feminism

Episode 14: Ben Atherton-Zeman of Voices of Men, a one-may play to end violence against women