For the tenth episode of The IcePod, we jump from the scientific part to the logistical aspects of the expedition. To carry out research in the living room of the polar bears requires people who take care of keeping everybody safe. "The binoculars are my weapons", says Laura Schmidt, member of the Safety and Logistics Team during MOSAiC leg 4.

Laura grew up in the alpine environment of Southern Germany which paved the way into the Arctic easily.  Studying geography was a way to merge her passion for outdoor activities with scientific curiosity. And, Greenland was her first love – during her Master's degree she joined an excursion to the frozen super island and always wanted to come back.

This is what she did. As a self-employed, she has been guiding tourists through the extreme Greenlandic nature home to the Inuits. "In Greenland, everything is much different. Here,  nature tells you what to do." One has to be able to read and feel the landscape in order to enjoy and get home safely and to deal with a pretty tough enemy when exploring Arctic environments: fog.

Safety was also the keyword for Laura's role onboard Polarstern. The polar bear watch was amongst a number of responsibilities to make sure scientists and crew could carry on with their jobs. But shooting a polar bear would only be the very last option she really had. There are a lot of other things that come first, such as retreating or using a flaring gun, explains Laura in the episode: "I would never want to be the person who shoots a polar bear."

It would be normal to wonder if Laura ever feels afraid, when working in such an extreme environment. But for her, fear is part of the job, and in the right doses, it is actually a key aspect to make her aware of her surroundings and keep her alert to perceive changes and dangers around her.

As part of a close team of researchers and professionals sharing the same home for three months, Laura had the opportunity to occasionally step out of her logistics role and contribute to other activities in the MOSAiC camp. That's how she got to feel being part of the atmosphere team, launching weather balloons and sending messages to the blue Arctic skies.

If you miss the music, find the very special playlist that Laura created on Spotify: https://open.spotify.com/playlist/6KsIAB0aQx14AQYgfnmXFd?si=dRCFn3LsQW6MA3qUndVMIw

If you want to listen to the full episode with music, listen to Radio Weser.TV on the first Saturday each month 12–2 pm UTC at https://www.medialabnord.de/radio-livestream/, or check back with us at polarprediction@gmail.com

For updates and other materials, check also our website: https://theicepodcast.home.blog/ 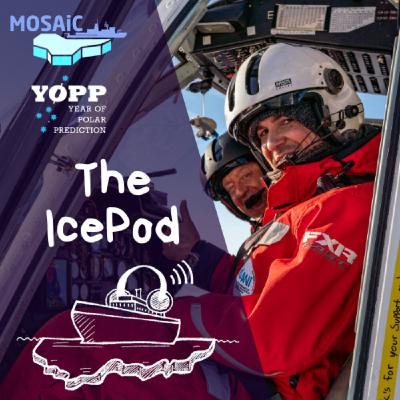 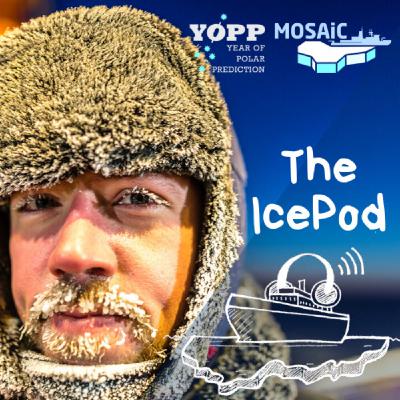 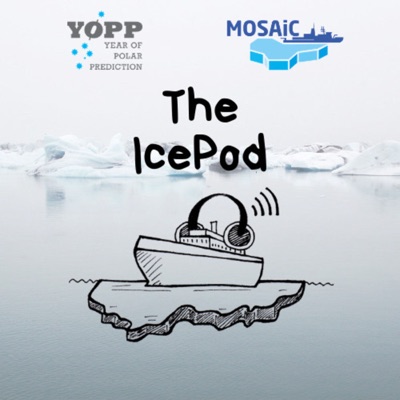