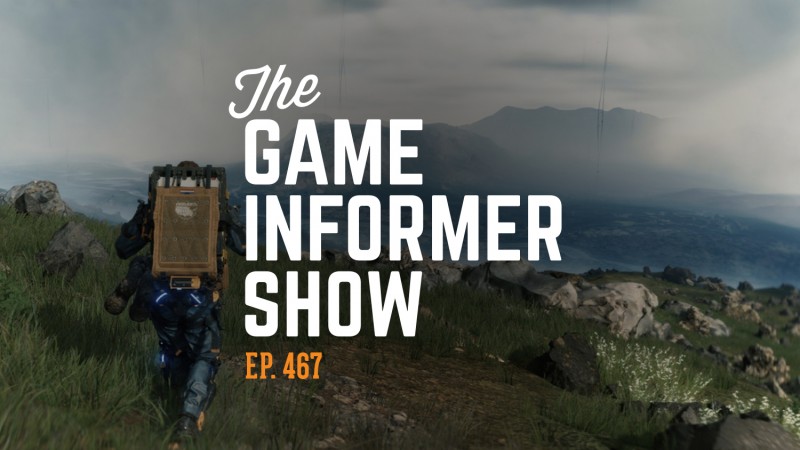 Welcome back to The Game Informer Show! On this week's show, Joe Juba and Kimberley Wallace are back from the Tokyo Game Show and talk about what it was like to visit Kojima Productions, play the new PvP Resident Evil game, and learn all about the Final Fantasy VII Remake. Then Jeff Cork, Ben Reeves, and new intern Alex Stadnik weigh in on Nintendo's wonderful remake of Link's Awakening. After some great community emails, we're releasing the audio of a fascinating conversation we had while visiting Infinity Ward for our cover story on Call of Duty: Modern Warfare with Joel Emslie, Geoffrey Smith, and Mark Grigsby about developing Call of Duty 4 and what it was like to leave Infinity Ward for Respawn and then return to make a new Modern Warfare.

You can watch the video above, subscribe and listen to the audio on iTunes or Google Play, listen on SoundCloud, stream it on Spotify, or download the MP3 at the bottom of the page. Also, be sure to send your questions to podcast@gameinformer.com for a chance to have them answered on the show.

Our thanks to the talented Super Marcato Bros. for The Game Informer Show's intro song. You can hear more of their original tunes and awesome video game music podcast at their website.

To jump to a particular point in the discussion, check out the time stamps below.

GI Show - What We Want From WB's New Batman Game

GI Show - Our Early Game Of The Year Predictions

We Break Down The Highlights From Microsoft's Xbox Showcase

Naughty Dog On The Last Of Us Part II’s Controversy, Characters, And Ending

GI Show — The End Of An Era

GI Show - The Last of Us Part II State of Play, Minecraft Dungeons, and Monster Train

GI Show – Catching Up With The Last of Us Part II, Crucible, And Ghost of Tsushima

Is Ghost of Tsushima PlayStation's Next Great Exclusive?