This week Podcast of Champions hosts Ryan Abraham and David Woods are both on the podcast, just not at the same time. The show starts off with Ryan diving into all of the news and notes around the conference and college football starting with the emerging SEC head coaching feud between Alabama's Nick Saban and Texas A&M's Jimbo Fisher. Saban accused Fisher of buying all of the players in the Aggies's No. 1 ranked recruiting class and Fisher responded by calling Saban a narcissist that was lashing out because he's the college football czar that didn't get his way. Absolutely wonderful college football content in the middle of May.

The big conference news came from commissioner George Kliavkoff on Wednesday when he announced that the Pac-12 Championship Game would no longer feature the top program from the North facing the top program from the South, instead opting for the two teams with the best conference winning percentage regardless of what division they reside in. This new rule would have altered the championship game participants in 5 of the last 11 seasons.

Dave finishes off the show answering all of the listener questions from the past two weeks plus he talks about the report that stated Chip Kelly's offensive play cards while at Oregon were meaningless, used only for a distraction for the opponent.

Sound off about Pac-12 football in our Podcast of Champions Reddit page! Send us a text or leave us a voicemail by texting or calling (424) 532-0678 or you can email us at pac12podcast@gmail.com.

To learn more about listener data and our privacy practices visit: https://www.audacyinc.com/privacy-policy 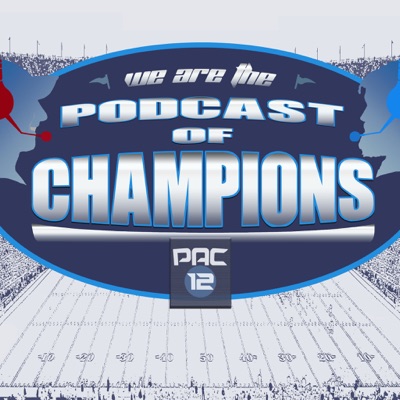 Predicting each game of the 2022 Pac-12 football season

Cooling off period for conference realignment

Pac-12 spring games wrap up with Cal and Washington