Released in 1995 to critical acclaim, Ghost in the Shell remains a standout example of the cyberpunk genre and has stretched its influence out across not only the anime industry but the Hollywood film one as well. Such beloved example of cinema such as The Matrix and even Avatar have massive amounts of themes and storytelling that have been borrowed from director Mamoru Oshii amazing dive into cyberpunk. With like a hundred (somebody will have to fact check me on this) extra entries and spin offs after the original, Ghost in the Shell is still going strong 25 years later. Anyways, that's enough hype. I mean, I'm not trying to sell you on Ghost in the Shell cause you've probably already watched it if you're gonna listen in, right? This movie's like 25 years old. It can legally rent a car or get a mortgage. It could even run for a position on the city council if it wanted. I'd vote for Ghost in the Shell for my district instead of that piece of garbage who tied his campaign flyer to my door with an ACTUAL rubber band. It popped me in the hand when I tried to take if off and I'm still pretty pissed about it. Screw that guy! Anyways, Brad's running his own solocast so get actual hype on that and maybe get hyped on local politics too! Mostly just get hyped on this episode though. Visit our website at www.otakumelancholy.com to see all our links including our social media and join the Discord at https://discord.gg/rUHYUyW to continue the conversation!

WAS IT THAT HYPE?: Toradora

A Year of Otaku Melancholy! - What We Learned (and Didn't Learn), the Anime We Watched, and Reflections

Fall 2020 Season Review (Or What We Watched Of It)

ATTALK ON TITAN: Episode 63: "From One Hand to Another"

Steins;Gate || Hacking to the Great 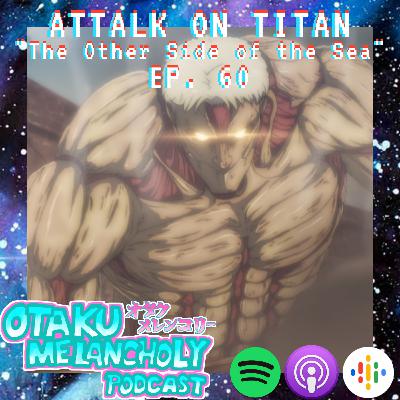 ATTALK ON TITAN: Episode 60 - "The Other Side of the Sea"

When They Cry – Higurashi no Naku Koro ni