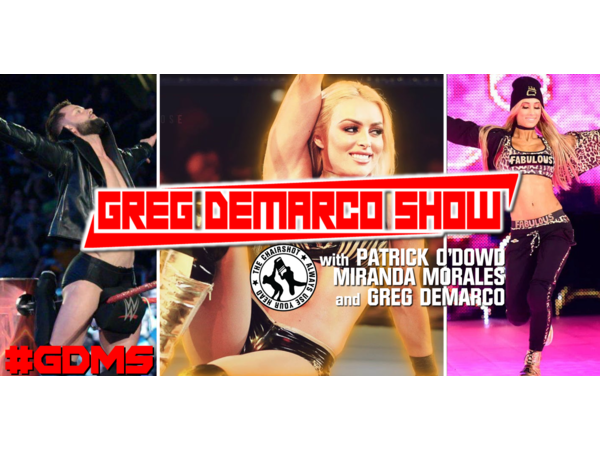 The Trios Champions of Pro Wrestling Podcasting bring you the knowledge and entertainment you need to enjoy wrestling more!

Big Rick sits in for Greg and joins Miranda and Patrick to discuss AEW Fyter Fest and Jim Ross hating all over WWE in this edition of the Greg DeMarco Show!
AEW presented Fyter Fest and the Kool Aid drinkers are out in full force. But what did this crew think?Jim Ross spent 75% of his last podcast taking shot after shot at WWE--is this a good thing?Paul and Eric Bischoff are taking over, but will they change the world?
All this and so much more as Big Rick dives headfirst into The Greg DeMarco Show with "The Queen Of Soft Style" Miranda Morales and "The Wrestling Realist" Patrick O'Dowd

The Greg DeMarco Show is presented live on Tuesday nights and airs each Wednesday on TheChairshot.com as part of The Chairshot Radio Network!

The champs on The Twitter!
@ChairshotGreg@WrestlngRealist#Miranda@TheBigRick62@theCHAIRSHOTcom
ALWAYS USE YOUR HEAD
Comments
In Channel