Episode #116.  Are you feeling hesitant to sell with everything that’s going on for your audience? You’re not alone. I’ve been seeing a common theme of hesitancy among business owners across industries. In this episode, you’ll get a new perspective on your sales mindset for the current business climate and figure out where and how to take action in your business. 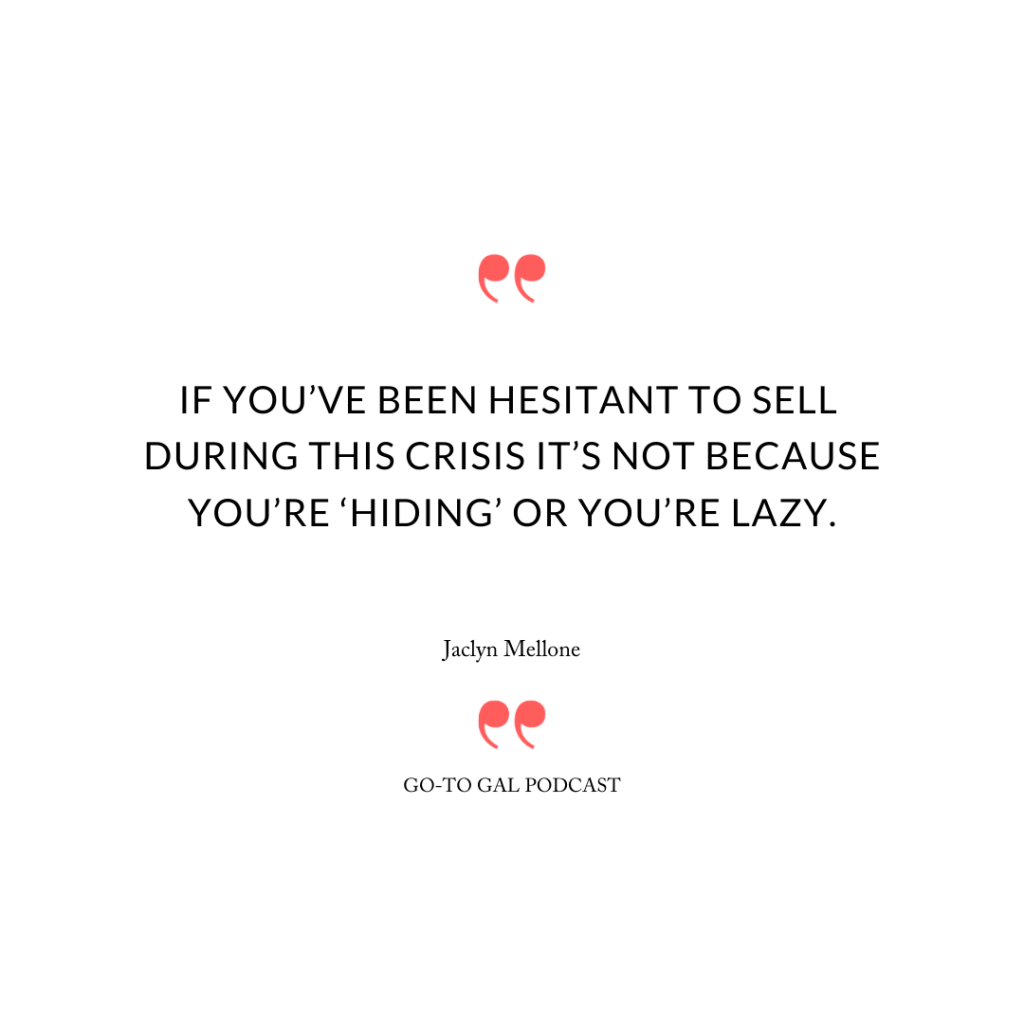 “When there’s stuff that really gets under your skin and riles you up, it feels that way because it’s triggering something within you.”

“If you’ve been hesitant to sell during this crisis it’s not because you’re ‘hiding’ or you’re lazy.”

This Belief Held Me Back… Can You Relate?

[How to Get Media Series] What Should You Pitch? With Lynya Floyd

How to Create an Equitable and Inclusive Business with Trudi Lebron

Mindset Exercise to Jumpstart Your 2021 Goals

Best Tips for Business and Life (Featuring a Round Up of Guest Experts!)

How to a Host Successful Virtual Event (Yes, You’re Ready!) with Emily Murnen

How to Build Resilience (Featuring a Round Up of Guest Experts!)

Creating a Course? Lindsay Padilla is Here to Help!

How to Uplevel Your Opportunities with Stephanie Burns

Get More Leads for Free Using SEO with Meg Casebolt

Content Strategy: How to Get Started with Abby Herman