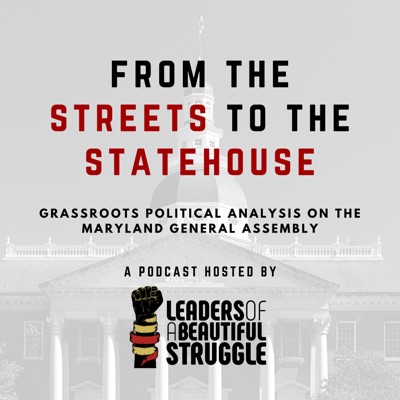 We're heading towards the middle of MDGA 2020 - and there's a lot to cover. On this episode, we'll be talking about Gov Larry Hogan’s recent comments about his crime package and frustration with Senator Will Smith - Chairman of the Judicial Proceedings committee..

We’ll also be discussing the necessity of law enforcement accountability and its relevance to public safety. Also: are moderates allies in the fight for racial justice? You’ll get some insight into how is playing itself out this session - particularly on public safety.

There have been a few hearings last week in Annapolis relating to legislation we’re supporting - so we’ll share some of what we said during our testimony and the feedback we’ve been hearing from our opposition.

We’ll finish off with discussing our participation in the education reform fight in solidarity with Black-led education organizations.